Districts and schools all over the country are working hard to make social-emotional learning (SEL) a part of the “DNA” of the educational process, meaning they’re going beyond just the adoption of an SEL curricula and are incorporating SEL into school climate, discipline policies, teacher professional development, and the like.

But for educational leaders who are new to SEL or who are trying to figure out where to start, this process can seem overwhelming. 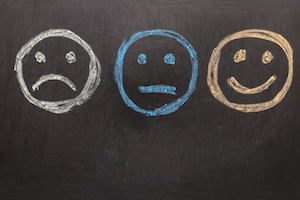 Thankfully, the Collaborative for Academic, Social, and Emotional Learning (CASEL) has created an excellent set of guidelines for implementing SEL into schools and districts, including factors such as supportive leadership, weaving SEL into classroom curriculum and instruction, and getting parents on board.

But what’s it like to work in a school that’s trying to integrate SEL at every level? To find out, we reached out to district leaders who are part of CASEL’s Collaborating Districts Initiative. Their stories revealed that, while it’s not easy to cultivate the “SEL DNA” of a school or district and that the process can actually be very messy, the outcomes are profoundly rewarding.

Here are some of those stories.

School leaders who recognize that SEL isn’t just for students—that they themselves and their staff need to constantly model and cultivate their own social-emotional competencies—are well on their way to building a school culture that values the social and emotional aspect of education.

Before becoming SEL Coordinator for public schools in Warren, Ohio, Jill Merolla was a principal for 13 years—and, she says, “I was the boss.” That meant she “made the decisions” and demanded that her staff follow them. “But SEL made me a little wiser,” she says. “I learned that listening more—taking the time to get feedback from people before making a decision—not only makes for a better decision, but also helps with buy-in.”

SEL also changed how Merolla ran meetings so that they became more human-centered rather than task-oriented.

I always start with a practice where we learn a little about each other or we check in on how we’re doing, and then I close the meeting with a reflection. During the meeting, we collaborate, we talk to each other. Instead of just “sit-and-get” and being “talked to,” we break up into discussion groups. The staff is more engaged and they feel they’re being heard. The superintendent has started running meetings like this and people feel they have more of a say in the progress of the school district.

To help the adults cultivate their own social and emotional well-being, Merolla’s district is implementing “SEL Mondays.”

The principals are going to lead their staff through different SEL practices, like “Circles,” a discussion process that comes from Restorative Justice. We figured out that teachers need self-care and time to cultivate community amongst themselves, not just in their classrooms. In the end, SEL speaks to people’s humanity by treating them with respect and acknowledging that each person has a voice.

Integrating SEL into all areas of school life 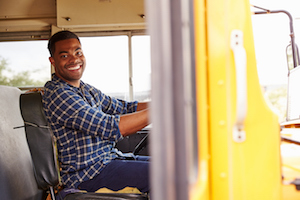 To be truly effective, SEL needs to be a part of every aspect of school culture, not just the classroom. From the playground to the hallways to the cafeteria to the buses, SEL should form the foundation of adult and student interactions and relationships.

According to Jan Davis, SEL Specialist for the Anchorage School District, SEL is how the district does business—not just in the classroom, but also on the bus and in the cafeteria.

We let people know district-wide that we all need to work together to build these relationships. The bus drivers know their job is important because parents are giving them their babies to get them to school safely and to bring them home safely. Knowing the kids by name, giving them a high-five or a handshake, and smiling at them starts students’ days off for learning on a positive note.

And then Mario, who oversees the making of school breakfasts and lunches, knows his job is hugely important because he views the students as his own children and that it’s his job to feed them. He believes that the best job—and the most stress-free one—is working in the cafeteria in Anchorage.

SEL practices can also help shape discipline policies by teaching students to resolve conflicts peacefully, either on their own or with some help from peers or adults. Ruth Cross implemented the SEL program I Can Problem Solve as a principal and now works as a district consultant with CASEL. She described a time when she overheard two boys talking, who had been sent to her office for fighting.

One of them was new to the school and the other had been there since kindergarten. The boy who was new asked the other boy, “What is she like?”

Then the new student asked, “What’s she going to do to us?”

The other boy answered, “I don’t know, but I will tell you this: She is going to ask you what you did, and I will tell you right away just be upfront. Tell her the truth because she knows when you lie.”

I thought, “My gosh, that’s a good thing for people to believe about me—that I know when they’re lying.”

I waited a minute longer and then the same boy added, “She’s going to say to you, ‘Tell me what you can do differently to solve this problem.’ And if you can’t, you will never get out of her office.”

This conversation told her that students were learning the process of identifying the problem—and that they’d come to understand that “it was up to them to figure out different and appropriate ways to solve the problem.”

Making SEL a part of classroom curriculum and instruction 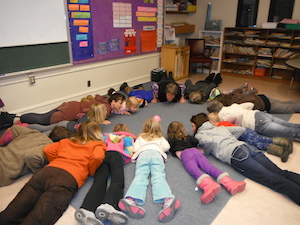 Unfortunately, SEL is sometimes viewed as a “fix-it” solution for students who struggle in school, especially those who face harsh circumstances on a daily basis, such as racism and other forms of trauma. Instead, when embedded into classroom routines, curriculum, and instruction, SEL can be used as a way for teachers and students to build caring, trusting relationships with each other, in which teachers focus on students’ strengths rather than their deficits.

Kyla Krengel, a former teacher who is now the director of SEL for the Metro Nashville Public Schools, told us a powerful story of how a simple SEL practice transformed her relationships with her students. As a new fifth grade teacher in a Title I school, she found herself struggling with classroom management. A mentor suggested a morning meeting, “a time for students to come together and share how they’re doing or to discuss a problem they’re facing.” Krengel initially resisted the suggestion, feeling like she didn’t have the time. But she continued to struggle and her mentor persisted—until finally she decided to give it a try.

So he taught me how to structure a morning meeting and he led a few with my students, with me sitting in as an observer. Eventually, I co-taught them with him.

And then one day, I had to do it on my own for the first time—without my mentor being there. I remember sitting in a circle with 35 fifth graders and one little boy raised his hand to share.

He told us that the reason he gets so stressed out during the week is because when he was five and his little sister was three, his mom took them to Wal-Mart and left them there. It wasn’t until midnight that the police found them and took them to their dad’s house. Now, after not seeing his mother since he was five, she had just returned and he was required to spend every other weekend with her.

I understood in that moment that this was why this child came to school totally different every other Monday and that he needed a space to just chill and relax.

At one point in the morning meeting, Krengel noticed that “the entire class was sitting, listening, and quiet.” Every child had a story to share.

I remember trying to listen without crying because they didn’t need that. They needed to share and I needed to hear them, because how could I teach them without knowing their lives? After that, my students asked for morning meeting.

Morning meeting completely changed how I go about teaching. I learned that if I don’t have that safe space, where every single one of my students feels connected, valued, and heard, then they’re not going to be open to academic content.

I also realized that personalized teaching doesn’t always mean academics. For example, the child who first raised his hand had two seats in the classroom. Every other Monday morning, he sat in the back of the classroom where he could write and get his anger out—he could share what he wrote with me, he could ball it up and throw it away, he could save it in a notebook. And when he was ready to transition, he could join us.

A few years later, I taught some of those students again in 8th grade and I thought that they wouldn’t want to do morning meeting. But they wanted it even more and they needed it even more. And now, in my work with both adults and students, I make sure that we have space for a morning meeting to get to know each other—and not just on a surface level.

Getting parents on board

Getting parents on board with SEL is a huge part of the success story, because what good is it if kids practice their SEL skills only in school? But connecting with busy parents is challenging for many schools.

However, as CASEL district consultant Judy Nuss’s story suggests, perhaps schools should rely more on the students to reach their parents.

I was talking to a father with two adopted children who had learning challenges and who had dealt with a lot of trauma in their lives, and he was telling me how well they were doing in school. I asked him if he knew about the SEL work happening in the district, including the PATHS curriculum.

“All of a sudden, one of the boys in the backseat said, ‘Mom and Dad, here’s what you need to do. Calm down. Dad, calm down. Take a breath and say the problem. Dad, what is the problem?’ I played along with him and stated the problem. He went through the whole problem-solving process with me.

“Then he said, ‘Mom, I see that you’re calmed down now. Now, what’s the problem?’ And he processed her through the entire problem-solving protocol.”

The father then turned to me and said, “I think the SEL program is working really well.”

I was surprised because the boy was just five years old and had only been through our preschool and kindergarten SEL program. So in that short time, he had learned how to coach his parents through problem-solving.

As the stories illustrate, SEL isn’t just about academics. It’s about human connection—that beautiful and complicated necessity of life and school. Here’s how Austin, Texas, administrator Caroline Chase puts it:

Sometimes it’s hard for the adults to connect to the fact that students are human beings. So SEL is the humanity that’s created when we do things like check-ins with each other, which allows us to have real relationships—where you’re really interested in somebody’s story and you want to know what that person’s about and why they are the way they are.