Ask any group of women about their lives these days and you’re likely to hear how stressed they feel. Marital conflicts, childcare issues, professional pressures, financial difficulties—these are burdens that plague the women I know. It seems as if most of my friends are over-burdened and unhappy; many take anti-depressants. 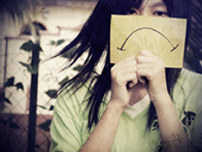 A recent group of studies has found that women’s happiness levels have been dropping steadily over the last few decades, to the point that women now report lower happiness levels than men, a role reversal from the 1970s. Given social improvements in women’s lives over the intervening decades—increased work opportunities, higher salaries, and more reproductive choice, to name a few—these results have surprised more than a few commentators, with everyone from Barbara Ehrenreich to Rush Limbaugh trying to make sense of them.

That hasn’t been an easy task, even for the economists whose study, “The Paradox of Declining Women’s Happiness,” helped uncover this trend. Those economists, Justin Wolfers and Betsey Stevenson, both at the University of Pennsylvania, analyzed data from several large-scale surveys that have tracked the general well-being of Americans and Europeans from as far back as 1972. They found that women’s happiness levels had dropped over time in each survey. To understand why, Wolfers and Stevenson looked at factors which in past research had been linked to unhappiness in women, such as marital status, income, educational level, and number of children. But none of these could account for the shift.

Indeed, interviews with leading social scientists reveal just how complicated and perplexing this trend is. However, these experts, along with other research, do suggest a few possible explanations—and offer some constructive suggestions for reversing it.

Beyond the second shift

Sociologists have long argued that women who work outside the home have the added burden of taking care of the hearth after work hours—“the second shift” described in Arlie Hochschild’s 1990 book of that name. But Wolfers found no connection between women working outside the home and the decline in their happiness levels over time. In fact, he says, pointing to a 2007 study from the Journal of Quarterly Economics, both men’s and women’s combined working hours at home and on the job have decreased over the last few decades.

“It appears that our results cannot be explained by one simple social phenomenon,” says Wolfers.

Instead, studies on declining happiness in women probably reflect something more subtle than simple work overload, according to Stephanie Coontz, a professor of history and family studies at Evergreen State College in Olympia, Washington, and the author of Marriage, A History. It’s not the quantity of work that makes women unhappy, she says, but the added pressure to maintain strong social ties at home and at work. For example, women are still expected to spend more time with their kids than men, despite the fact that they work more hours out of the house than previous generations. In fact, women now spend more time with their kids than their own (mainly stay-at-home) mothers did in the 1960s. “Women are socialized to believe that they are in charge of emotional affairs,” says Coontz. “When they can’t meet expectations, they become stressed.”

In his 2009 book The Triple Bind, University of California, Berkeley, psychologist Stephen Hinshaw describes a parallel tendency among teenage girls and young women. His research shows that rates of depression, suicide, and self-destructive behaviors, like bingeing and cutting, have all risen among girls over the last two decades. The cause, he believes, is the feelings of failure girls experience when they don’t measure up to impossible cultural standards.

“Girls and young women in our culture feel they have to be good at everything—to be great nurturers, successful at work and school, and attractive, all at the same time,” says Hinshaw. Although depression and happiness are not opposite states, he argues, the trend he’s identified in teenage girls could be connected to declining women’s happiness levels.

Wolfers agrees. In a survey of high school seniors, Wolfers and Stevenson found that over the last three decades, expectations for success among 12th grade girls had increased significantly in almost all areas of their lives, including their career ambitions, leadership roles, and contributions to society. What’s more, these girls increasingly felt strong constraints on their time, with leisure and fun being sacrificed to further their achievements. This finding could shed light on the survey results Wolfers and Stevenson uncovered about women’s happiness. “Perhaps women feel that if they are not succeeding everywhere, they are not succeeding anywhere,” says Wolfers.

Yet some experts believe those survey results have even deeper social roots. As countless studies have documented, Americans have become increasingly isolated from one another over the last few decades. Robert Putnam compiled many of these findings in his oft-cited 2000 book, Bowling Alone, reporting that over the last 25 years, attendance at club meetings has dropped by 58 percent, family dinners have decreased by 43 percent, and 35 percent fewer people have friends over to visit.

Just as importantly, other studies have documented a strong link between social connection and happiness, suggesting that as our society becomes more fragmented, we should expect a corresponding drop in happiness levels. And according to psychiatrist Jacqueline Olds, author of the book The Lonely American, women are feeling even more isolated than men.

“Women must work very hard to have a secure social network,” says Olds. At home, moms find there aren’t many other women in the neighborhood, and women often don’t find time to socialize at work. As women climb the career ladder, they tend to work more from home, which only increases their isolation. “They’re lonely,” says Olds, “and loneliness makes people unhappy.”

Indeed, studies suggests that women may be affected emotionally by social isolation even more than men. In their research on women and stress, Laura Klein of Penn State University and Shelley Taylor of UCLA have found that women reach for their children and seek support from other women when they are stressed, rather than responding in the “fight or flight” pattern common to men. Just being with other women has a calming effect on women, according to Klein and Taylor, and women report more benefits in general from their friendships than men do.

While Wolfers says factors like social isolation could account for a drop in women’s happiness, he insists there isn’t enough research to support any clear explanation. In fact, he believes it’s just as likely that the data doesn’t reflect an actual phenomenon at all, but instead points to problems with how research questions are asked and answered.

“It’s possible that how we measure happiness in studies like this is flawed,” says Wolfers. Maybe women are answering the question differently than they did 35 years ago, he says, because now they feel more comfortable talking freely about life’s challenges and disappointments, and because they have different points of comparison. “Maybe instead of comparing themselves to the woman next door, women now compare themselves to the guy with the corner office,” he says.

Happiness levels over time are notoriously hard to measure, says Coontz, because changing circumstances affect the way people answer the question. For example, in the early 1970s some states still had “Head and Master Laws” on the books—laws which permitted a husband to have the final say in all household decisions—and Title 9 was only in its initial stages. For women in the ‘70s, she says, the history of lowered expectations, coupled with optimism brought about by the women’s movement, may have led to inflated happiness reports. Since then, women could be reporting lower happiness levels because they have increased expectations.

“If I’m dining in a fancy restaurant, I’m more likely to complain if the service is bad than if I were dining in a casual restaurant, where I don’t expect fancy service,” Coontz explains. “Women are happier when their expectations are met.”

Olds contends that men and women may just report their experiences differently. She points to a recent study in Holland on sleep patterns which found that men rated their sleep as better than what researchers objectively observed. In comparison, women’s reports of their sleep patterns were more accurate. “Something similar could be happening with this happiness data,” she suggests.

Whatever the explanation, these happiness studies have certainly raised consciousness around women’s well-being, and that’s a good thing. Coontz believes we should take the findings as an opportunity to step back and reflect on the progress that’s been made in women’s lives over the last 35 years. She points to the 1960s, when women still had to contend with want ads asking them to be “perky and attractive,” and when a wife couldn’t sign a lease on an apartment without her husband’s approval, even if he was incarcerated.

“We need to remind ourselves where we came from,” Coontz says. Men’s and women’s relationships are better; there are more possibilities for work and social mobility; life offers more choices, even if these choices can be stressful. “But women should learn to embrace those challenges,” she suggests. “Instead of comparing things to how we wish they were, we should compare them to how they used to be.”

That may be easier said than done. For better or worse, women are increasingly expecting more of themselves—to have families, work, nurture others, be competitive, and be thin and beautiful, all at once. Hinshaw argues that we should intervene when women are girls, to make sure that parents and teachers give girls enough free time to decide what’s important in life, rather than pushing them to be overachievers. If girls and women could be less focused on being perfect, he says, they would be happier with themselves. “We need to get them away from mirror-gazing and move them toward more involvement in their communities,” says Hinshaw.

Research by Joseph Mahoney of the University of California, Irvine, and Edward Deci of the University of Rochester supports Hinshaw’s view. Their studies found that young people who are more involved in their communities tend to have higher social, physical, and mental well-being than those who aren’t.

But what about women like my friends who can’t turn back the clock to adolescence? Olds suggests that women of all ages need to find ways to engage in communal projects and develop connections with other people. “It sounds hokey,” she says, “but if you have a regular meeting with others around anything from a book group to a babysitting pool, you will see people regularly, and the next thing you know, someone from one of these groups will become a long-term friend.” And friendship is crucial to finding happiness, especially for women: Data from the Wolfers-Stevenson study found that, over time, friends become more important sources of life satisfaction for women than for men.

Of course, more research is needed before anyone can offer the perfect prescription for women. But until then, perhaps my friends and other women can draw on what science has already generally shown to be keys to happiness for all people: spending more time counting our blessings, staying connected with each other and our communities, and letting go of some of that tendency toward perfectionism. After all, whether or not this research accurately portrays the changing mood of women, there’s no harm in anyone—men or women—doing what it takes to find happiness.