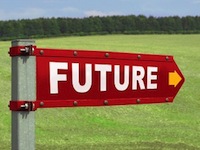 Humans are a social species, and we are strongly influenced by the examples other people set for us. Of course, there are different kinds of role models in the world. Some of them are positive. They serve as an example of the things we should be doing. A friend who exercises and has a healthy diet is a great model for us to follow. But we also have negative role models al around us—friends who eat poorly, exercise rarely, and may suffer health problems as a result of their choices.

Is it better for us to have positive role models or negative ones around us?

An interesting paper in the April 2015 issue of Personality and Social Psychology Bulletin by Lucia Bosone, Frederic Martinez, and Nikos Kalampalikis suggests that the influence of a role model depends on the way you have characterized your goal.

Research on motivation demonstrates that we have two distinct systems that influence our actions:

A second study extended this finding by looking at the methods people were most comfortable using to achieve a healthy diet. You can eat a healthier diet either by adding more fruits and vegetables (which is a positive action) or by avoiding salt and fat (which is a negative action). Participants who were exposed to a positive goal with a positive role model preferred to focus on eating healthier foods. Participants who were exposed to a negative goal with a negative role model preferred to focus on avoiding unhealthy foods.