Almost every product nowadays seems to have a “greener” counterpart. You can buy green dog food, umbrellas, even green caskets, and people are generally willing to pay more for the green version of these products than the non-green one—just look at the impressive sales of the Toyota Prius.

It seems like altruistic concern for the environment is on the rise, right? 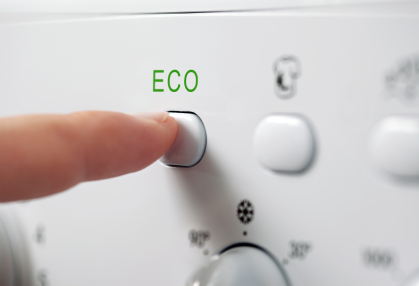 A recent study offers a more cynical explanation, suggesting that the greening of American consumerism can at least partly be explained as evidence of humans’ desire for reputation and status. But it also offers environmental leaders a strategy for promoting more green behavior.

The study, published in the Journal of Personality and Social Psychology, consisted of three separate experiments, involving 168 students. In two of the experiments, the students had to choose between two different, but equally priced, green vs. non-green cars, household cleaners, and dishwashers. Green products were more environmentally friendly, but the non-green products were higher in quality and performance.

When students were made to feel more concerned about their status and reputation, they became more likely to buy the green product rather than its equally priced but more effective non-green counterpart.

In one study, students who took a survey that subconsciously prompted them to want to attain higher status were significantly more likely to prefer the green products than were students who hadn’t been made to feel status-hungry. Similarly, after taking the same survey, students who imagined shopping in public, where their purchase would be seen by others, were more likely to prefer the green products over the more effective car, cleaner, or dishwasher; when they imagined shopping in private, they were more likely to buy the more effective product. But when students hadn’t been made to feel status-hungry, they leaned toward the non-green product in public (and preferred them about evenly in private).

However, when the researchers gave the three green products a lower price tag than the other products, people prompted to be concerned about their status were more likely to select the more expensive product; the green product had lost its cachet.

In explaining their results, the researchers, led by Vladas Griskevicis, a marketing professor at the University of Minnesota, surmise that altruistic acts, including acting on behalf of the environment, can be a powerful way for people to try to enhance their public reputation and status.

“In addition to signaling that a person is pro-social rather than pro-self, altruism can simultaneously signal that one has sufficient time, energy, money, or other resources to be able to afford to give away such resources without a negative impact on fitness,” they write. “Incidents of public self-sacrifice are associated with status because such acts demonstrate both one’s willingness and one’s ability to incur the costs of self-sacrifice for public welfare.”

Thus, when choosing between equally priced items, those concerned about their status preferred the green products. But when a green product became cheaper than its more conventional counterpart, it lost its ability to convey high morals and high status, and its appeal waned. 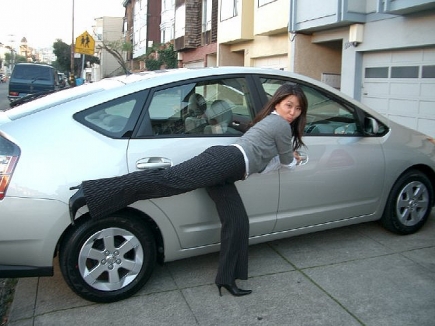 “This finding suggests that green products such as the Toyota Prius might be selling well not despite their premium price tag,” the authors write, “but perhaps in part because such products are more expensive.”

Griskevicis and his colleagues argue that this insight can be useful to those trying to promote environmentalism, which could include anyone from marketers to activists fighting climate change.

“Knowing that a desire for status can spur self-sacrifice also presents a powerful tool for motivating pro-social and pro-environmental action,” they write. “Indeed, pro-environmental behavior may not only be a viable method of attaining individual status, it may also be a vital method of preserving the status of our species.”

To that end, they suggest linking green products to social status symbols, such as celebrity endorsers and prestigious events. They also recommend that nonprofits enable supporters to show off their altruism by providing visible signs of their generosity, like the yellow Livestrong wristbands that the Lance Armstrong Foundation gives to donors.

This is consistent with the findings that people are more likely to cut down on their home energy use if they think their neighbors have done so. Cultural influence and all that. (Sorry, I cannot remember the name of the original study).

Interpretation of the results of course can be tricky, and I wonder about the idea that the cheap product rejection means they don’t think it’s enough of a status symbol.

Green blogs are warning people about Greenwashiing (like those 99 cent reuseable bags which are contaminated with lead and bacteria) vs the expensive cloth bags which last for generations and are easier to wash.

Could it just be that people want a product that lasts, and is not greenwashed?

Or maybe the hunger/obsession for status can make us forget how to live a happy and peaceful life?

Rapers are also around the city as New York is a modern city which is full of prettier and sexier women. These women are also fashionable and inviting the bad guys around.

. Cultural influence and all that. (Sorry, I cannot
remember the name of the original study).

True! Today almost every product has a green or greener counterpart but it can be difficult to understand which is which.

It’s funny that a little gesture towards them in mother’s day can make them genuinely happy. They are the most incredible person in this world. They don’t need anything in this world as long as their children are happy.

Being perceived as environmentally aware is another form of status. It’s why people who can afford to drive a Mercedes GL450 buy a Prius instead.

Well i really like this idea of going green and eco-friendly. It can mean just starting out with one simple step and then growing from there.