With Thanksgiving just around the corner, it’s hard not to think about the healing power of gratitude in our lives. Feeling grateful can give us a warm glow of happiness, increase our trust, and make us want to help others in return. But when we receive something from others, we don’t always feel grateful.

In fact, we may feel indebted instead. 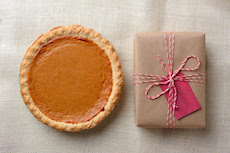 Indebtedness arises when we believe that something we have been given was perhaps cloaked in a hidden price tag or incurs obligation. Think of the boss who praises your work ethic, or that certain friend who helped you move furniture. In those cases, you may feel that you are expected to repay them in some way. The boss may expect you to work late; the friend might ask to borrow money—and offhandedly remind you of that time he helped move the couch.

Research suggests that there are some important differences between experiencing gratitude and indebtedness. For example, people who feel indebted tend to experience more negative emotions and feel stressed rather than uplifted, because they are worried about repayment. Indebtedness may also lead to less positive feelings about a benefactor and less inclination to want to help them out in the future.

There are many factors that can influence whether or not giving to another will elicit gratitude or indebtedness—or some combination of the two. Researchers have found one’s feelings of gratitude and indebtedness can be affected by the relationship between a giver and benefactor, the size of the gift, and the perceived intention of the giver—meaning, whether or not the receiver believes the giver is being benevolent or hoping to get something in return. In general, we tend to feel more positive feelings associated with gratitude when the person giving to us is someone emotionally close to us, gives more generously, and is perceived to be acting out of benevolence.

Science also suggests that some people may be more likely to feel indebted than others because of personal characteristics. For example, some research has shown that men seem more likely to feel indebted than women when receiving an unexpected gift, perhaps because of societal values of independence and the myth of the self-made man. It’s hard to feel grateful when doing so suggests you have others to thank for your success, which may explain why so many of my women friends complain about the lack of thanks they get from their husbands when they do something nice for them.

Culture also seems to play a role in whether or not we feel indebted. Some studies suggests that people from East Asian cultures are more likely to feel a combination of gratitude and indebtedness when receiving a gift, in part because of the cultural value placed on reciprocity. However, even in East Asian cultures, there is research suggesting gratitude rather than indebtedness is a more powerful motivator for building and maintaining social relationships.

Four ways to make the most of gratitude

So what does this all mean? As we enter the holiday season, we may want to think more carefully about how to encourage feelings of gratitude while minimizing any negative impacts due to indebtedness. Here are some of the things research suggests we can do.

1. Keep the focus on others, not yourself 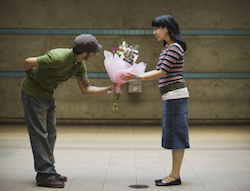 Just like with the pursuit of happiness, it’s probably best to focus on others and your relationships when practicing gratitude—not on the potential benefits to yourself. Otherwise, you won’t really be experiencing gratitude, per se.

“Gratitude is an other-focused emotion, where we’re focused on what someone else has done for us,” says gratitude researcher Philip Watkins. “If we focus on that, I think authentic gratitude naturally results.”

Some research supports the importance of having an outward focus to avoid indebtedness. In one study, researchers found that someone with more of a self-focused attention in general will tend to experience indebtedness more than gratitude. In another study, participants being more concerned with seeking safety and security in a relationship—a benefit to oneself—led them to experience significantly less gratitude and more indebtedness than when their central concern was in nurturing a relationship—a more outwardly focused goal.

2. Give gifts freely, without strings attached

When giving gifts, it’s important to give freely and without an expectation of getting something in return. If people think you are asking them to reciprocate in some way or that you are trying to obligate them, they will be much less likely to feel grateful. Additionally, they will be less likely to want to give back to you or even to pay the generosity forward to someone else in their social network.

Luckily, the monetary cost of a gift is not that important for eliciting gratitude: What seems to matter is that you are thoughtful around your gift-giving, taking the person’s preferences and needs into account.

Besides, giving gifts freely with a generous spirit is associated with many of its own rewards, including happiness. You will be more likely to enjoy the experience when you give without expectation, and produce genuine feelings of gratitude and connection among the recipients, too.

3. Practice gratitude even if you’re not sure it’s totally sincere 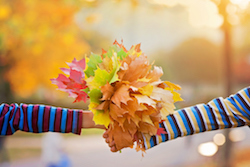 This seems like a crazy idea. Why would we want to practice gratitude even when we’re not exactly feeling it?

The reason is that research seems to suggest that deliberate practices of gratitude don’t just affect the naturally grateful, but also those who don’t enjoy gratitude practices or who tend to be more narcissistic, says Watkins.

“In all the intervention studies I’ve done, they’re always students doing it for course credit; but it still works,” says Watkins. “We tend to emphasize that you really need to want to do gratitude to do it well. But, you know what? Maybe not.”

Does that mean we should encourage other people (e.g., our children) to practice gratitude in some formal way? The answer is probably “yes,” but some with some important caveats. Children learn more from a parent who is modeling gratitude than from a parent who insists their kids “do what I say, not what I do,” says Watkins.

Some research suggests that children can fairly easily be prompted to have a grateful mindset, which leads to benefits like more positive emotion. Sitting down with a child and helping them to think about the thoughtfulness of others or the sacrifices made on their behalf might prompt them to respond with more gratitude than simply putting them through their paces, says Watkins.

Still, Watkins suggests that we may want to avoid forcing it. For example, if we are practicing gratitude around the dinner table on Thanksgiving, it’s probably best to not enforce strict turn-taking, but to simply invite people to consider their blessings. Since gratitude like other positive emotion seems to be somewhat contagious, others may chime in anyway, creating a spiral of good feelings.

4. Stay open to the joy of giving and receiving

Gratitude naturally makes us feel good. But knowing how to nurture positive emotion in your life in general—perhaps by taking a walk in nature, talking with a close friend, or listening to music—might help you to create a spiral of good feelings that can lead to more gratitude and less indebtedness. People who know how to savor positive emotions may be particularly prone to experiencing gratitude, though the research on that is not definitive.

Practicing mindfulness meditation may also help us to be more attentive to the gifts in our lives, as well as to the people who are responsible for providing them. Perhaps that is why mindfulness and gratitude are often promoted together and seem to interact for increasing well-being.

Watkins suggests that we can be more intentional around our gift-giving, as well as with our gratitude. Too often, he says, we give because we’re expected to do so, and we lose touch with the fact that giving is a choice. Instead of operating mindlessly, we can think about the other person and stay open to the joys of giving.

“Just remembering that I don’t have to do it, but I want to, and remembering to enjoy the act of giving itself,” he says. “To me that’s the key.”