Sometimes, regret is a deadweight that we carry through life, slowing us down and making our shoulders ache. But other times, it turns into a kind of fuel; it propels rather than hinders, motivates rather than distracts.

What’s the difference between these two outcomes? A new paper by researchers at UC Berkeley suggests that it might be self-compassion. 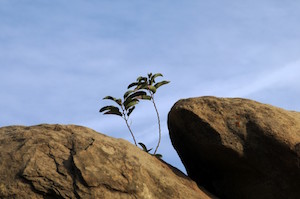 The researchers recruited 400 adults and invited a group of them to identify their biggest regret, then write about it with self-compassion and understanding. Some wrote about cheating on their partner; others wrote about becoming estranged from their parents. As a comparison, other participants journaled about their regrets from a perspective of self-esteem—focusing on their positive qualities, rather than their negative ones—and others described a hobby they enjoy (the control group).

In questionnaires administered afterward, participants who had taken a self-compassionate perspective toward their regrets reported more motivation for self-improvement compared to participants in the self-esteem and control groups. They were committed to avoid the same mistake in the future; they felt they had grown and learned from it.

But why? After the writing exercise, researchers also asked participants how much they accepted that the event had happened and forgave themselves for it, suspecting that these factors might be involved. And it turned out that acceptance indeed played a role: Compared with the other two groups, the participants practicing self-compassion were more accepting, and acceptance was in turn linked to more motivation to improve, even after controlling for self-forgiveness. (Forgiving yourself, meanwhile, didn’t seem to have any independent link to self-improvement.)

“Self-compassion appears to orient people to embrace their regret, and this willingness to remain in contact with their regret may afford people the opportunity to discover avenues for personal improvement,” the researchers write. In other words, when we’re more accepting of our regret, we can face it more fully and learn from it rather than being in denial. If we don’t acknowledge mistakes in the first place, after all, how are we supposed to avoid repeating them?

If you’re carrying a burdensome regret, cultivating self-compassion may be easier than you think. In the first study, a simple prompt—“Imagine that you are talking to yourself about this regret from a compassionate and understanding perspective. What would you say?”—was enough to change participants’ state of mind.

The insight and intervention from this paper can be easily woven into daily life. The Self-Compassionate Letter is a writing practice that can be applied to regrets. It asks you to think about responding to yourself the way you would treat a friend. Everyone has regrets, and there may have been things in your life—your circumstances, your family, even your genes—that influenced whatever mistake you made at the time. You might also ponder what steps you can take to improve your situation—and avoid similar regrets in the future.