People who are perceived as “different” in some way are often shamed or stigmatized, including those who have a mental illness. There are a multitude of stereotypes and false notions about what it means to experience mental distress, informed by historical context and culture, that have led to unfair treatment. 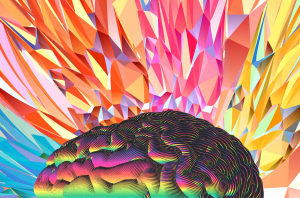 Anthropologist and professor Roy Grinker has recently published a book on the topic, Nobody’s Normal, which is an expansive historical look at how mental illness has been perceived throughout world history, from schizophrenia to depression. He shows how the stigma of mental illness was created by cultures and societies over time, which means we also hold the power to reverse stigma—through education, awareness, and reframing our very notions of what it means to be different. His book is a vital contribution to the literature on society and mental health, historical scholarship, and ending stigma.

As a journalist focused on neurodiversity, and in my own book, Divergent Mind, I have maintained a singular focus on creating a just society where all forms of neurological or psychiatric difference are viewed as vital components of our social fabric. By illustrating how perceptions of mental illness shift in different countries, Grinker’s book helps us understand the source of stigma and what we can do about it.

I spoke at length with Grinker about mental illness, its history, and what we can do to help everyone from doctors and teachers to consumers and therapists to friends and family push forward changes in social norms today.

Jenara Nerenberg: You explain that societies have had different ideas about where mental illness comes from—from our genes to our brain wiring to our childhood experiences—and I was pleased to see the international focus in your book. What surprised you most in your research on how mental illness is perceived in other countries? 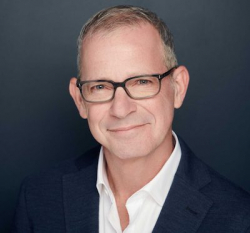 Roy Grinker: One of the most surprising things I discovered in my research was how the stigma of mental illnesses did not seem to be decreasing as the world started to shift to see mental illness as biological or brain-based [rather than evil or punishment or spiritual in origin]. If we can shift our conception of mental illness away from personality and blaming parents, then that will be the best way of decreasing stigma. When people see emotional distress as the product of experience and a complicated set of forces, there is much more empathy and openness to the idea that no one is immune from distress. We all experience trauma and difficulties in our lives. We all get depressed and anxious.

You can see this in Japan, where, as European psychiatry tests take hold in the early 20th century and the Japanese start to see mental illnesses as brain-based, nobody wants to be diagnosed. It’s shameful, stigmatizing, horrible. But in the late 20th century and early 21st century, mental illnesses have been reframed in terms of the stresses of living in this age, the stresses of taking care of an aging population, of capitalism, the stresses of testing for access to higher education. In that process, the person with a mental illness is not seen to be damaged or inferior so much as somebody who has been forced to confront the conditions of modernity. And so, for me, that was the biggest surprise.

It’s folly to reduce mental illnesses to neurobiology anyway—it makes no scientific sense. Experience itself changes the structure of the brain. Genetics provide some input, but not all the input. And the way society treats people is going to change things significantly, as well as the classic WHO studies on schizophrenia show. The people with the best outcomes with schizophrenia are those people who have large social support networks in non-Western locations, whereas in urban areas like Washington, DC, and London they have the worst outcomes. So it’s not just the brain.

JN: My book, Divergent Mind, has a more contemporary focus and looks at the pathologization of women more specifically, but I did find that mental health diagnoses proliferated around the rise of capitalism and during the height of British colonialism. How is capitalism related to the stigma of mental illness?

It’s important to know that history so that we can look critically at it, and say, “Isn’t it interesting that stigma is tied to this idea of the autonomous individual? Maybe that’s why schizophrenia and substance abuse continue to be more stigmatized than other mental illnesses, because both threaten those ideas of autonomy, productivity, rationality, and self-control that were instilled in capitalism.”

If we developed this idea that people are independent as adults and they have to be totally autonomous and individual—if we’re critical of that, maybe we would re-think the way we look at the relationships of disability to how we value employment and productivity. And maybe parents like me would stop being asked the question, in every conversation, “Will your autistic child ever be able to live independently?” Why should she have to live independently! That’s the idea of looking at these things—so that we can see them as something we’ve constructed. And if we’ve constructed it, then we have the power to change it.

There’s a story I often tell about when I asked this family in Namibia who would take care of their mentally ill son after they die and they just looked confused and said, “We’re not all going to die at once, I don’t think!” Meaning there would always be somebody. And I can say, as a parent of a young woman with autism, I’ve put a lot of effort into having a lot of good family relationships and good friends, because I know that those social networks could be really important for Isabel. And they’re important for everybody! To be dependent is to be human. To be independent is to be a capitalist.

JN: Are there aspects of social support and mental health systems you’ve seen elsewhere that you’d like to see implemented in the United States?

RG: We can learn a lot by looking at how other societies live in extended families, and don’t encourage individual autonomous living, which is what we think is the ideal. When I was 19, I didn’t want to live with my parents at home, but it’s typical to do so in Turkey or Greece or other places.

JN: Those of us who are neurodivergent are often compared to canaries in the coal mine, helping to alert people to why society as a whole might need different ways of living and to move away from what is more toxic about modern culture. As an anthropologist, what are your hopes for the future in terms of how people talk about mental health? 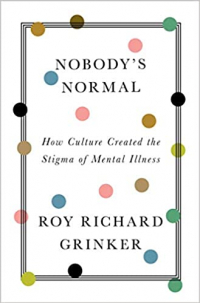 RG: One of the things I hope people will take away from my book, as a practical step, is to understand that we can talk to people about mental illnesses and it’s not something we have to tiptoe around like we’re walking on eggshells. Whether talking to them about their own mental illnesses or talking to others about our own struggles, the more we talk about it the less there will be shame.

The more we treat it as a protected, scary topic, the more stigma will continue. I am incredibly encouraged when I tell my students, very practically, that if they have a particular condition or disability or mental illness or something that is going to affect their work in the class that I should know about in order to be a better teacher for you, please tell me. And increasingly over the years, my students are telling me—they’ll say they have autism and do crossword puzzles during class and it’s how they focus. Or they’ll say they have a particular set of challenges where it helps to have the PowerPoints emailed to them in order to see them and hear them. Or they’ll be incredibly sensitive to fluorescent lights. These are totally legitimate requests, and they’re often so scared to ask things. We need to educate our kids how to ask for these things!

JN: What would you like therapists, psychiatrists, and social workers to do differently after reading your book? What are the takeaways?

RG: One of the things we’re finding is that primary care physicians are the ones we need to be educating, because primary care physicians provide a big chunk of the mental health care throughout the world and especially in the United States. And yet they are reluctant to recommend that people see specialists because they are afraid of angering the patient, or afraid that somehow a suggestion that somebody is at risk for a developmental disability or mental illness will find it marginalizing and shameful.

We’ve done many focus groups with physicians through our NIH-funded research at Florida State University, and we find that a pediatrician will say they know a child is autistic but they’re not going to mention it to the parents, or they’ll wait. And so we see kids diagnosed much later than they could be. So I think there is a need to redirect some of our concerns about mental health care so that it’s not just about the people who provide specialized mental health care, but the primary care physicians who are really in some ways the gatekeepers and the frontlines.