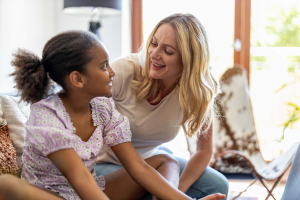 Home is where we initially learn how to be in the world, and even the smallest interactions between parents and children can have an outsized impact, say Sheri Glucoft Wong, Bay Area family therapist, and Olaf Jorgenson, Silicon Valley private school head. Those little everyday moments together are our opportunities to strengthen relationships, impart values, and demonstrate communicating and caring.

In their new book, Raising Kids: Your Essential Guide to Everyday Parenting, they share valuable wisdom about what works best in the little moments of daily life to help children form a confident sense of themselves and connect with others. (Full disclosure: I’m a decades-long fan of Glucoft Wong’s and wrote an endorsement for the book.)

Below, I talked with her about how parents can be clear on their parenting decisions and also stay attuned to their children’s perspective and needs.

Diana Divecha: The idea of “finding your spot” is central to your book. What does that mean, and why does it matter? 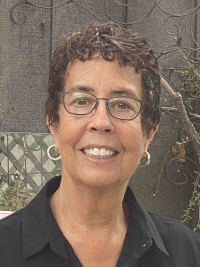 Sheri Glucoft Wong: When parents are “on their spot,” they are clear and are able to stand firm, without ambivalence. Take the issue of seatbelts, for example. Rarely do parents have trouble getting kids to stay in their car seats or buckled into their seatbelts. Why? Because as parents you know the information about how important safety restraints are! Therefore, you have the heart to insist on their buckling in because you love your children. You have an instinctual, gut-level certainty about the issue, and you just won’t put the car in gear if you don’t hear that click. Being “on your spot” is that feeling of head-to-toe congruence about your stance.

SGW: I’ll share another example. A parent in one of my workshops was struggling with whether or not to allow her fifth-grade daughter a cell phone; she hadn’t allowed her two older children to have phones until seventh grade. The mother thought she was very clear about her position, but the daughter kept nagging and persisting, arguing and fighting. Why wasn’t it working?

I suggested, “Well, let’s take inventory from head to toe. What does your head say?” And she was very clear that her daughter didn’t actually need the phone since she didn’t yet make her own arrangements, so her head was on board. Then the mother jumped to her gut instinct and said that delaying that access to technology really felt right to her. “But you skipped your heart,” I told her. And the mother’s eyes welled up with tears. She explained that this child, unlike her other ones, had struggled with learning and social challenges at school. She said, “Maybe there’s some part of me that thinks a phone would help her, that she deserves it because things are harder for her.”

So, the mother’s heart wasn’t all the way in this decision. I asked her if the phone was the best support for her daughter—and then she got clarity. She was sure of her decision about the phone, but after taking a complete inventory, she could see that in her heart of hearts she knew she needed to act in other ways to get her daughter the support she needed.

A kid can sense any glimmer of doubt you have, and what they’re really seeking is your clarity, your certainty. So sometimes you have to investigate your thinking, feeling, and instinct to get them aligned.

DD: Some people might see this as a shortcut just to get better compliance from kids.

SGW: I do feel that parents need to take leadership and that involves taking responsibility. But leadership also involves teaching, supervising, inspiring, and caring. You have to discern what’s most important in each moment.

Sometimes immediate compliance is necessary, like for issues of safety. Then what really matters to the parent is that the child cooperates. But more often, there are other issues that are important in the moment. Let’s say you baked a dozen cookies to bring to an event, and you realize one’s missing and it’s just you and the kids home. You want to say, “Hey, there’s a cookie missing, who took the cookie?”

But what exactly is your purpose in this moment?

If the purpose is to punish a thief, what child is going to step up and volunteer for that? In your pursuit of a penalty or a consequence, you’ll define them as a thief and you as the cop; you’re placing yourselves on opposing sides.

But if you can “be on their side,” you can teach them something for the future. You start by making the conversation safe. “Looks like someone had a moment where they were tempted. Nobody’s going to be in trouble, I just honestly want to understand what happened so we can both do better next time.”

Then you learn that the child just thought the cookie looked good and didn’t think it would make any difference if there were 12 or 11 cookies. Most of what we call misbehavior is just kids trying to figure out how the world works. In this case, they might have been trying to figure out what would happen if they really wanted to do something they were asked not to.

“Oh, I’m flattered that the cookie looked good to you and that you really wanted one,” you might say. And after you acknowledge their perspective, you go to the important matter, which is their consideration: “But what about me?” you might say. “I promised to bring these somewhere. And that matters to me.” Now it’s become a conversation about your relationship and your values.

I can’t tell you how many times I see kids who didn’t realize the impact of their behavior on another person, they were just after their immediate goal. I’ve seen kids really chagrined when it’s brought to their attention that they would make the other person feel bad. So give your kid the chance to learn about that.

You can also own up to your part: “I’m really sorry that I wasn’t clearer when I talked about this, or maybe I didn’t explain this in a way that I should have, and that’s on me.” Most kids will be more open with you when you own your part, too.

It’s a kid’s job to ask, “What if?,” and it’s a grownup’s job to say, “This is what happens.” And they need to learn these things from the people who love them most in the world. Then hopefully they won’t make the same mistake when the consequences are much larger. You can’t get your cookie back, but you’ve raised their understanding for next time. And you’ve done it in a way that is “with them,” not against them—later, as they have to do similar things in life, they will feel that “with-ness.”

DD: You make a point of asking parents to be sure they understand the child’s perspective. How does that play a role in finding your spot? 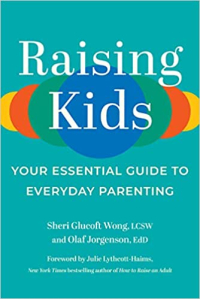 SGW: Yes, take screen time, for example. Parents often tell me they’re battling their kid over screen time—and the red flag for me is that it’s a battle, an adversarial dynamic. Parents are afraid of what their kid is doing online, but to kids the screens are their best friend—the place where they connect with peers, play games they love with groups of kids they enjoy, learn skills, and explore the world.

Often times I’ll ask parents, “What do you really know about the games they’re playing? Your kid needs to know your thought process, how you came to your judgment, so you better download the games so you can discuss knowledgeably.” If you take their perspective into account and then focus on what else you do want kids to do (join a family activity, get outside, do their homework) rather than dissing their beloved screen, you’ll get more response to your leadership and have fewer battles.

When parents have a knee-jerk response and shoot to a solution before hearing the kids’ version of the story, it makes kids feel that parents aren’t paying attention, aren’t seeing them or the thing they’re really concerned about. And in overreacting, we teach kids to make feelings a big deal, instead of keeping feelings “right-sized,” in proportion to the matter at hand.

Anxiety in kids is another example. I think some of kids’ anxiety today is generated from them sensing, but not understanding, their parents’ unease and anxiety. And parents have a lot to worry about these days, so it’s understandable. But kids don’t know what the parent is worried about, so they often conclude that the parent must be worried about what they’re worried about. When a parent anxiously dreads the separation scene at school drop-offs, the child picks up their parents’ tension and assumes the parent agrees that it’s scary to go to school. So the kid’s anxiety grows, and the parent notices this and becomes more concerned, creating a boomerang effect, an escalating feedback loop that keeps the pattern going.

This is where being on your spot comes in. If a parent is clear, from head to toe, that the child is safe and in good hands, they can communicate that to the child and separation will become just one of life’s routines rather than a disruptive event.

DD: You mention that kids need to know two things to feel good about themselves: that they are special and unique, and also that they are just like everybody else. Explain?

DD: In general, what do you think are the most important things children need from parents?

SGW: First of all, their childhood should be protected—from too many choices, too much access, and too much pressure—the only thing young children should know about pressure is that it flattens Play-Doh.

Kids of all ages need their parents to help them develop the capacity for self-regard and regard for others—that’s the basis of true self-esteem.

And the capacity to handle disappointment, that they can have that feeling and also have the confidence that they will move past it.

That a feeling is just a feeling and not something that defines your life. That they can experience a range of feelings—the pleasant ones and the unpleasant ones—and know that every feeling has a shelf life—they come and go.

That friendships and relationships are dynamic—they ebb and flow and change, for everybody.

The truth is, we can’t stop our children from having heartbreak, or control what they’re going to see, hear, and experience. But we can help shape what it comes to mean to them. And we do that in two ways: the way we talk about it, and the way we live life in our families. Which is why the book is focused on everyday parenting, because the power to grow humans and infuse them with the kind of qualities they need to make the most of their lives and relationships lies in how you live your everyday life together.