During the past fifteen years, we’ve seen a great deal of research about happiness, strengths, and virtues. We’ve all heard how cultivating gratitude, for example, can counteract a tendency toward negative self-comparison and increase your appreciation of your assets. You might have read about the social, emotional, and health benefits of compassion—when you feel motivated to alleviate the suffering of another person. 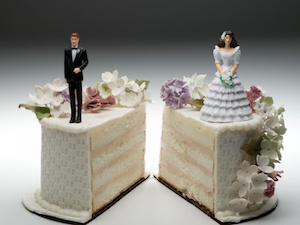 You can also extend compassion to yourself during major life changes like divorce. Self-compassion is a composite idea borrowed from Buddhism that includes three parts: seeing your problems as part of the universal human struggle, remaining calm and mindful in the face of a negative experience rather than letting it overwhelm or define you, and viewing yourself with understanding and forgiveness.

To find out if self-compassion could help people through divorce—a process that can, for some, involve intense shame and self-criticism—David Sbarra at the University of Arizona recruited 105 willing divorcées who’d been married an average of thirteen and a half years. Sbarra and his team asked participants to recall an image of their ex and then speak freely for four minutes about their divorce. They also answered questionnaires about how they were recovering.

Four judges listened to the tapes, coding the degree to which the participants expressed self-compassion when speaking. They cross-referenced this attitude with participants’ other positive practices and self-reported well-being, and with logistical realities such as length of the marriage and time since separation.

At the initial interview—and again three, six, and nine months later—those with high self-compassion reported fewer intrusive negative thoughts, fewer bad dreams about the divorce, and less negative rumination. Self-compassion had a greater impact than other traits, habits, or even practical details.

“If you pick all of the variables that predict how people will do after their marriage ends, self-compassion really carries the day,” says Sbarra.

Kristin Neff, a professor of psychology at the University of Texas, Austin, is largely credited with codifying the concept of self-compassion in Western psychological terms. “The research shows that self-compassionate people are more likely to take responsibility for their misdeeds, apologize for what they did wrong, and repair whatever harm they’ve caused,” says Neff, who writes about her own divorce in her book Self-Compassion: The Proven Power of Being Kind to Yourself. Self-compassion protects us from identifying completely with our divorce, she argues; we see it as one piece of our present, and can still enjoy other positive aspects of our lives and build on them.

In his study, Sbarra measured how much self-compassion his participants brought into the lab, but it is not a fixed quality like eye color. You can cultivate self-compassion. Here are three ways to do that, excerpted from my new book, Splitopia: Dispatches from Today’s Good Divorce and How to Part Well.

1. See the universality of your experience 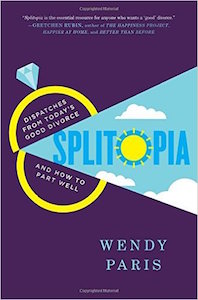 This essay is adapted from Splitopia: Dispatches from Today’s Good Divorce and How to Part Well (Atria Books, 2016, 336 pages).

Suspecting that our suffering, failure, or loss is abnormal alienates us from others. In fact, suffering is part of the human experience (as is committing acts we later regret). Even your most successful, chipper friends have lost a loved one, made mistakes, or failed at a lifelong dream. You probably did behave less than perfectly in your marriage; it’s the rare person getting divorced—or staying married—who didn’t. But you also did many loving, lovely things over the years.

The easiest way to feel the normality of divorce is to talk to any of the other two million people in the U.S. who divorced this year. While divorce rates in the U.S. are slowly dropping, it’s still a part of life for the vast majority of Americans, and growing numbers of people worldwide.

“As the time went by, I’d see friends and family members going through the same thing. I figured, it happens to a lot of people,” says Carmen, a twenty-something hairdresser and mother of two from a close-knit Puerto Rican community in New Jersey.

After her husband cheated for the second time, Carmen decided she wanted out of the marriage. She says seeing others do well after divorce gave her courage. “I always said, ‘I could never make it without a guy.’ But seeing them made me think, ‘If they did it, why can’t I?’ I’m very proud of myself now. Sometimes you don’t think you can do it until you actually go through it.”

Success after divorce is also commonplace, it turns out.

Another way to put your own struggles in perspective? Volunteer. Serving dinner at a homeless shelter or spending time in a childhood cancer ward is an instant reminder that we live in a world with many troubles, and that we can manage our own. Volunteering also reminds us that we have much to contribute.

Mindfulness is that deep state of “being in the moment,” as opposed to, say, having waffles with your child while mentally rehearsing a fight you plan to pick later. Mindfulness in divorce can be as simple as truly noting how you feel.

“A lot of people aren’t aware that they’re suffering. The suffering comes from harsh self-criticism, a harsh voice in their head they don’t even notice,” says Neff. “Or they go right to fix-it mode, and don’t feel it. Mindfulness means seeing things as they really are, turning toward it rather than running from it.” It can also help you to put down thoughts of divorce and focus on something else.

Research links mindfulness with a slew of benefits we could all use at the start of divorce. Mindfulness reduces stress, boosts health, increases self-knowledge, promotes emotional regulation, assuages loneliness, and even improves sleep.

Meditation is one popular method of achieving mindfulness. Meditation can deactivate the brain’s “default mode,” the energetic state the brain is in when it’s not focusing on a specific task. In default mode, your brain might dwell on past regrets or future worries.

“One of the most important things meditation does is reduce that activity, both when you’re mediating and not meditating. It reduces that constant focusing on ourselves and ruminating. A little bit of self-focus and worry is useful, but not to the degree that we do it,” says Neff.

If, like me, you plan to get to meditation sometime in the future that is not now, there are other ways to achieve mindfulness.

Ellen Langer—a psychologist at Harvard University, often considered the “mother of mindfulness”—stresses the calming effect of genuine observation of your physical surroundings, the “stop and smell the flowers” approach to being mindful. Her research shows that mindlessness creates stress, in part because it allows for unquestioned negative assumptions and prior convictions to reign, unchecked. If you engage with your physical surroundings, you can detach from that ruminative cycle to fully absorb the scent of the roses, or the splash of the fountain, or the taste of the chocolate cake, then revisit troubling events with a fresh, more creative perspective.

3. View yourself with understanding and forgiveness

Self-forgiveness is a fundamental aspect of nearly all religious traditions, and for good reason. While we’re generally skilled at showing kindness to a friend in crisis, we often speak to ourselves as we would to an enemy. Our harsh words can act like internal fangs, causing our body to respond as if to a physical threat, letting loose cortisol and adrenaline. When sustained, this can lead to stress, anxiety, and even illness—not the best state for making amends or moving forward.

One way to bolster self-forgiveness is to write yourself a supportive letter, the type you might send a friend. A recent study showed that people who wrote a short, compassionate letter to themselves about a distressing situation every day for a week felt better, and had lower symptoms of depression and higher happiness rates even six months later.

You also can hug yourself, as sappy as it may sound. Touch is rooted in the mammalian caregiving system, says Neff, which evolved to keep infants close to their mothers. We’re wired to respond positively to being held or rocked, even if we’re the ones doing the cuddling ourselves.

If you’re seeking divine forgiveness, self-forgiveness is a necessary first step, says Mordecai Finley, a rabbi and spiritual counselor in Los Angeles who teaches courses on comparative religious ethics and relationships. When you desire absolution from above, yet still blame yourself, that forgiveness will feel false, a coat of paint over a crumbling wall.

“It’s really understanding that you could not have done otherwise,” suggests Finley. “We are frail, not evil. Reconciling is accepting that. You might say to yourself, ‘I had not yet ripened as a human being.’”

Some religious people I spoke to said that knowing they did everything possible to save their marriage allowed them to finally accept the divorce.

Vince, a successful restaurateur from a Catholic family in a working-class section of New Jersey, went to couples counseling for years with his wife:

My a-ha moment was when we were with our counselor and he said, ‘I’m done taking your money. If you did not have kids, right now, would you still be sitting here?’ She and I, in less than thirty seconds, both said, ‘No.’ That was the switch for me. I knew I was done. I think my kids deserve more than two people who are miserable all the time. If I live by what I believe, that’s what I’m concerned about. At the end of the day, if I’m judged for that, that’s what it is. I have a personal connection to God, and He knows what I’ve done and how I’ve done it.

Morgan, a twenty-seven-year-old Evangelical Christian from Georgia, married four days after turning twenty. She says that in her community “divorce is never okay.” Things had been hard the whole time, but for years, divorce didn’t cross her mind as an option. Then, seven years into her marriage, “something clicked”; she realized she had to get out. She found solace in the Bible.

There are so many other things the Bible wants us to do—to love, be patient, kind, self-controlled, forgiving, hopeful, joyful, serving others. All of those other positive things I couldn’t find in that relationship. The way I had to live in it, I couldn’t honor those other things. I don’t have the strength. I know that God loves me just the same. When I realized that, it just blew me away.