When teenagers confide that they are transgender or uncertain about their gender identity, their parents may be unsure how to offer support. 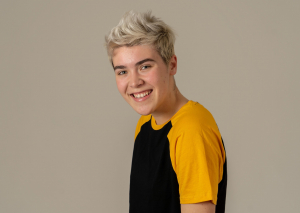 To understand what types of family support transgender adolescents consider helpful, a Stanford research team asked 25 of them for their thoughts. The team also interviewed the teens’ parents.

The actions teens said they valued most were among the simplest, the researchers discovered. Their findings were published in March in the Journal of Adolescent Health.

Teens said they most appreciated having parents use their preferred name and pronoun, as well as knowing that their parents were emotionally available and listening to their concerns.

The teenagers usually rated their parents as more supportive than the parents rated themselves, said Tandy Aye, M.D., associate professor of pediatrics at Stanford Medicine and a pediatric endocrinologist at the Stanford Children’s Health Pediatric and Adolescent Gender Clinic. Aye is the senior author of the study.

“Even when parents are thinking that there is tension over gender identity, that parent-child relationship is still super important,” said Aye. She spoke with Stanford Medicine News about her research.

Erin Digitale: Set the stage for this study. What was previously known about the value of family support for transgender children? 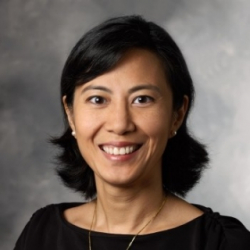 Tandy Aye: Kristina Olson, a researcher in Seattle, has studied how important family support is for young kids going through gender transition or who are gender-expansive, meaning their gender identity doesn’t fit neatly into traditional “boy” or “girl” categories. If they have a supportive family from the beginning, children who are transgender and gender-expansive don’t experience higher rates of anxiety, depression, suicidal ideation, or suicide compared with cisgender peers. Without family support, all those mental health risks increase substantially. And having family use a child’s preferred name and pronoun has been shown to be protective.

ED: What was new about your approach?

TA: In our study, we were trying to classify the commonalities in families that were supportive. No one had really looked at both perspectives—of transgender teens and of their parents—to see what support looks like.

We used a combination of closed-ended survey questions and open-ended interviews to get information about what parents and teens were thinking, saying, and doing at pivotal times during the teenager’s gender journey. We interviewed parents and adolescents separately; it was very important that we got their views independently.

Among those who seek care at our gender clinic, we meet all sorts of families, and as we were doing this study, we realized that there’s support and there’s acceptance, but they don’t always go hand in hand. Hopefully, support leads to acceptance. We hope we can use what we discovered to help families who are not initially supportive learn how to support their teens.

ED: What did teens tell you about the support they got from their families?

TA: The adolescents always rated their parents to be more supportive than the parents rated themselves. I think that’s surprising, since there can be times of tension between parents and children during adolescence; it is a hard time for anyone. Our finding just shows how much teens really value their parents.

When we asked each group what actions they saw as showing support, parents talked about taking their teen to the gender clinic, getting them connected to resources. But what the majority of adolescents wanted most was for parents just to use their preferred name and pronoun. That validated what another study had found.

Parents come to us worried about what a gender clinic would do, with lots of medical questions and concerns about taking those first steps toward the medical aspects of a gender transition. But we found that what adolescents want is just for their families to acknowledge that they’re exploring their gender. If you can use their preferred name and pronoun, it affirms that you support that exploration.

ED: You also talked with parents about their internal reactions. What did they say?

TA: We asked the parents: While you’re being supportive, what’s the struggle you’re having? I don’t think researchers have asked that of the families of transgender or gender-questioning adolescents before. We found that even parents who are being very supportive are still internally having an adjustment.

The things that were the hardest adjustments for them, interestingly, included using the child’s preferred name and pronoun. The child’s original name was the name that parents really thought about choosing before their child was born, and for the child to say that’s not their name anymore was often challenging for the parents. As to the pronoun, parents would say, “We’ve used it for so long.”

But most parents we spoke to were hiding their adjustment because they wanted to be perceived by their children as being as supportive as possible. I think this is a key takeaway from the study, especially for mental health providers. When the parents come in with their child and say, “Yes, we’re supportive,” it’s important to acknowledge what parents are experiencing and talk to parents about providing services for them, to help them process their own emotions.

ED: What takeaways from this study will be helpful for other families that you see in the Stanford Children’s gender clinic?

TA: When families come to us, they’re often thinking about hormones, surgery, and how difficult all those treatments at end of their child’s transition are going to be. Typically we bring parents back to the moment they’re in and ask, “Where is your child now? Where are you?”

Sometimes parents say, “We’re just having difficulty using the child’s preferred name and pronoun.” We talk about acceptance and ask them to just practice using the name and pronoun at home, and acknowledge to the family how important that support is to their teen. We also let them know that their teen may argue against them or shut down, but that the love they have for them is not forgotten, and it’s still very important to foster that relationship.

Our new research adds to the evidence that transgender adolescents’ perception of their parents’ support may be the key protective factor in the teens’ mental health. It’s that perception of support that parents want to nurture. What can you do? It’s things like offering a hug, being there to listen. These are things anyone can do. They are free and fully reversible, whatever path the teen takes in their gender journey. There are no medical side effects to listening and giving hugs, or trying your child’s preferred name and pronoun. It’s all about helping the teen fully explore who they are.

This article was originally published on the Stanford Medicine News Center. Read the original article.