In our minds, old age is often associated with a variety of ills, from aches and pains to forgetting where you put the keys. But research consistently finds that older adults tend to experience more positive emotion than their younger counterparts.

A first-of-its-kind study explored this “well-being paradox” and found that we also tend to become more mindful as we age, which might explain why we feel better. 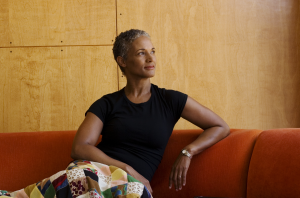 In their study, Shook and colleagues surveyed 123 younger adults (ages 25-35) and 117 older adults (ages 60-91). The participants lived in the mid-Atlantic region of the United States, and the majority were women.

The researchers asked participants about their mood, mindfulness, and perspective on the future to see how these factors might be related. The participants reported their current positive and negative emotions, such as enthusiasm, fear, interest, and hostility. They reflected on how much they were mindfully aware in the moment, rather than living in the past or anticipating the future (for example, “I find myself doing things without paying attention”). And participants considered whether they felt concerned about the limited time left in their life (for example, “I feel the importance of time passing”) or positive about the opportunities awaiting them.

The older adults tended to recognize that they had fewer remaining years on earth than the younger participants, but they also felt greater positive emotion (more evidence of the well-being paradox). And according to the researchers’ analysis, it was their focus on the here and now—their greater mindfulness compared to young people—that explained their good moods. The higher their mindfulness, the better they felt.

Why might mindfulness increase with age? Since being mindful could help us regulate our emotions and relieve stress, it could be useful for humans to naturally grow in mindfulness as we get older.

“The cultivation of mindfulness may be an adaptive means of maintaining emotional well-being when faced with life’s challenges,” Shook and her colleagues conclude. This is significant because positive emotions can also lead to better physical health.

Still, Shook says, “We don’t really know why older adults are generally higher in dispositional mindfulness than younger adults.” She and her colleagues are exploring this phenomenon now, and she suspects that it might be due to shifts in time perspective.

“When we are younger, we tend to be more focused on the future—thinking about what we want to accomplish, for example, career- and family-wise,” Shook says. “As we get older and have less time ahead of us, we start to focus more on the present, rather than the future, and think about what we currently have.”

One is not required to reach old age before benefiting from mindfulness. Even for younger participants in the study, the more mindful they were, the more positive emotions they experienced.

“Potentially, regular mindfulness practice (like mindful breathing exercises or meditation) can be utilized by all age groups to improve emotional well-being,” Shook says.

For those young people struggling to meditate, this study provides yet more evidence that it’s a worthy endeavor. And it’s heartening to know that age may not only bring wisdom or sore knees, but also more mindfulness.