Teachers, parents, and students will tell you: Social and emotional learning (SEL) programs make a difference. 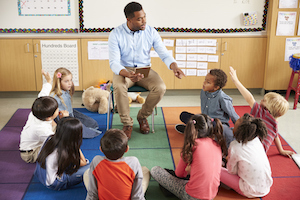 Students who participate in SEL programs show short-term improvement in their personal, social, and academic lives. According to a 2008 review of over 300 programs, SEL interventions foster “positive effects on: students’ social-emotional skills; attitudes towards self, school, and others; social behaviors; conduct problems; emotional distress; and academic performance.” But how long do those benefits last? And do the results hold true for diverse groups of students?

A recent review looked at the outcomes of 82 SEL programs to try to answer those questions, attempting to fill in the gaps in previous research. And it found that SEL may be just as powerful as teachers and parents believe.

In order to be included in the review, studies of SEL programs for K-12 students had to compare their results to a control group who didn’t receive SEL, follow up with students after the program, and collect enough data to calculate how strong the benefits were. Most of the programs they found were classroom-based, structured lessons offered to large groups or whole classes, as opposed to one-on-one lessons. The programs were also universal, meaning that they targeted all students rather than just those with behavior problems or additional needs.

Comparing students who participated in SEL programs to those who didn’t, the results showed significant benefits that persisted from one to nearly four years afterward. These benefits included:

Just over half of the studies were conducted within the United States, with 38 studies occurring in other countries. These positive effects held in different countries, and among students from different racial groups and levels of socioeconomic status.

This was the case despite a lack of data on racial and socioeconomic demographics: More than 40 percent of the studies didn’t report student ethnicity and almost 60 percent did not report socioeconomic status. The researchers note that in order to better study the nuanced effects of SEL, we must be more diligent about collecting information about diverse groups.

One important caveat here: Although students from across groups saw similar benefits, the researchers explain, this does not mean that every SEL program will work for everyone. Those who develop (and implement) SEL programs need to make sure their interventions are culturally competent and take into consideration the needs and histories of their students.

These results are great news for those of us who believe in the long-term benefits of SEL. They provide even more reason for schools to consider offering SEL—and suggest that schools that already do are having a profound impact on their students.