Past research has shown that helping others has a wide variety of benefits: Being kind and helpful can make us happier, give us a sense of purpose and meaning, and even lower our blood pressure. People across cultures seem to experience greater well-being when they help others, suggesting this may be a human universal. 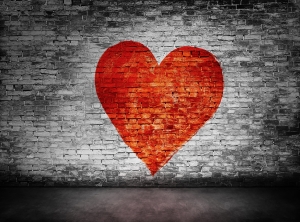 But how universal are these benefits, exactly? A new study published in the Journal of Experimental Social Psychology finds that they even extend to people who are more antisocial—including individuals who have committed crimes.

In one experiment, researchers recruited participants who reported having engaged in crimes or illegal activity in the last five years (such as drug-related crimes, fraud, theft, and assault). These participants also scored higher than average on a test of antisocial personality traits, such as impulsivity, aggression, and a lack of empathy.

Some participants were given the opportunity to act in a kind and helpful way (“prosocially”): They were awarded a bonus for their participation in the study and could choose a charitable cause to spend their bonus on (e.g., buying a snack or pen for students in a low-income area). Other participants were instead asked to spend this bonus on a gift for themselves.

In another experiment, the participants were at-risk youth who had engaged in illegal activity or reported that a friend had engaged in illegal activity. Some of them were given the opportunity to choose a small gift that would be given to a child in the hospital, while others simply chose a gift for themselves. Again, the researchers found that the youth who helped someone else experienced higher levels of positive emotions.

In these studies, people had the opportunity to opt out of giving: that is, they could simply keep a smaller bonus for themselves, instead of donating the larger bonus to charity. Interestingly, the majority of participants did choose to donate the money—suggesting that there may be a universal tendency to behave prosocially when given a choice, as well as to feel good when you do so.

Of course, this raises an important question: If people who have antisocial tendencies benefit from helping others, what prevents them from behaving kindly toward others more often? Lara Aknin, associate professor at Simon Fraser University and one of the lead authors of the paper, suggests several possibilities. One explanation is that people aren’t more prosocial because they don’t realize that helping others will boost their well-being. In previous research (conducted with individuals who do not have a criminal history), Aknin and her colleagues found that people tend to (incorrectly) predict that spending money on themselves will boost their mood more than spending on someone else.

Another possibility has to do with the external world: People who have engaged in criminal activities may not find themselves in a social environment that affords them the opportunity to behave in prosocial ways (for example, Aknin suggests, their peer groups may not encourage it). In fact, she says, some study participants reached out to tell her that participating in the study was valuable to them—since it provided them with a chance to help others that they aren’t typically offered.

These studies suggest that programs encouraging helping behavior could be a valuable part of prison rehabilitation programs. These programs could make people aware of the fact that helping others can boost happiness—and offer an environment where prisoners can reap these wide-ranging and long-lasting benefits.