At a time when state and federal governments are debating initiatives that would keep some social groups isolated—such as transgender individuals and immigrants—a Stanford psychologist finds that people who believe those groups have “essences” are more likely to support isolationist programs. 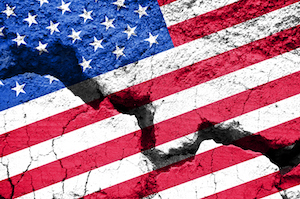 “We’re showing that not only does essentialism predict how we perceive social groups, but it also draws people toward policies and initiatives that keep those groups distinct,” said Steven Roberts, an assistant professor of psychology at Stanford. “So, if I’m high in essentialism, not only will I believe that men are essentially distinct from women, or that immigrants are essentially distinct from natives, but I’ll also support legislation that enforces gender segregation in public bathrooms, or a presidential candidate who promises to build a wall along the Mexico-U.S. border.”

In addition to the proposed border wall and the North Carolina bathroom bill, which required people in government facilities to use the bathrooms that matched their biological sex (the bill has since been repealed), other examples of what Roberts calls “boundary-enhancing policies” include President Trump’s executive order limiting immigration from selected Muslim-majority countries and his recent tweet of a proposed ban on transgender people in the U.S. military.

Not black and white

The results are based on nine studies given to U.S. adults of varying racial backgrounds and educational levels. In some cases, essentialism predicted support for boundary-enhancing policies that disadvantaged some groups (transgender people, immigrants), but in other cases, the implications were not as clear-cut.

For example, Roberts and co-authors Arnold Ho and Susan Gelman of the University of Michigan, and Marjorie Rhodes of New York University, found that participants who scored high on a measure of gender essentialism supported gender-segregated classrooms that were designed to improve the educational outcomes for women and men. “Although same-gender classrooms can disadvantage students, particularly women, participants high in gender essentialism believed that they could in fact be beneficial,” Roberts said.

In another study, the researchers found that heterosexual participants with essentialist beliefs about sexual orientation supported counseling services that helped LGBTQ individuals embrace their sexual identity. Despite the fact that the counseling services would benefit the LGBTQ community, the support is deemed boundary-enhancing because it would strengthen the LGBTQ community and thereby enhance the conceptual distance between heterosexuals and sexual minorities, the researcher said.

In one final experiment, Roberts and colleagues randomly assigned people to read either an article claiming to have detected a “gay gene,” an article claiming that there was no such gene, or no article at all. As expected, those who read about a “gay gene”—thereby having their essentialist beliefs about sexual orientation confirmed—showed more boundary-enhancing support of the LGBTQ community.

“We live in very interesting times where all these traditional social categories that we tend to believe in—man-woman, gay-straight, black-white—these either ‘you’re in or you’re out’ categories, are all blending,” Roberts said. “We don’t live in a black or white world.

“People who have this essentialist tendency may support initiatives or policies that maintain this discrete society that we live in, which may make it hard for our society to become more diverse or intermingled as it should be, or inevitably will be. Yet, on the other hand, this essentialist tendency could have seemingly progressive outcomes, like support for sexual minorities, thereby helping our society embrace diversity.”