More than 4.5 million people visited the Grand Canyon National Park in 2013; more than 3.5 million visited Yosemite. That same year, worldwide revenues for Cirque du Soleil, the Quebecois theatrical venture emphasizing extreme feats of acrobatics and agility, were close to $850 million. Fireworks displays, first developed in seventh-century China, are now featured in celebrations throughout the world at tremendous public expense. The Hubble telescope, which provides our most vivid images of outer space, initially cost $1.5 billion to launch—and accumulated costs of the project have been estimated at over $10 billion. 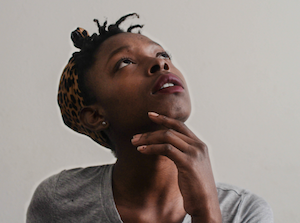 A behavioral scientist looks at these numbers and asks, Why? Why do people spend huge amounts of time, effort, and money on these apparently pointless activities? An economist might conclude that they are all an appalling waste of resources. Why are fireworks, circuses, and images of distant space experienced as so moving and meaningful, when they offer neither material nor social reward?

As a psychologist who studies human emotion, I approach the problem by asking how these stimuli make us feel, what they have in common, and what that might tell us about human nature. Panoramic views, brilliant colors in the skies, remarkable human accomplishments, great works of architecture, art, and music—they all have the power to evoke feelings of awe. Despite their differences, each of these things defies the scope of our day-to-day experience, challenging our comprehension and even our sense of reality. In contemplating them we may feel small, insignificant, and yet connected with the world around us, in touch with something greater than ourselves. Time seems to expand as we are immersed in the present moment, detached from our normal, mundane concerns.

Like many emotion scientists, I work with the assumption that emotions have adaptive functions—they evolved to influence cognition and behavior in ways that helped our ancestors survive crucial threats and take advantage of important opportunities. Fear, for instance, promotes avoidance of (and escape from) physical danger. Disgust helps us avoid contamination by dangerous foods and sick people. Love facilitates the close, interdependent relationships on which humans depend.

Does our capacity for awe serve a similarly important function? By studying the properties of awe as an emotion, we gather clues that, pieced together, may help answer this question. For example, the facial expression associated with awe is very different from the expressions of most other positive emotions; instead of a smile it includes widened eyes, raised inner eyebrows, and a relaxed, open mouth. The absence of a smile suggests that awe’s function, if it has one, is not primarily about social affiliation. Awe also has different visceral effects than other positive emotions. Most positive emotions are arousing, engaging the “fight-flight” sympathetic nervous system to help us actively pursue our goals. Awe has the opposite effect, reducing sympathetic influence on the heart and keeping us still—which suggests that awe’s function does not center on moving toward the material objects or people we desire.

So far, the clues suggest that awe’s function may lie in how it makes us think. Awe involves a sense of uncertainty that we are compelled to try to resolve. Studies from my lab, conducted in collaboration with Vladas Griskevicius and Samantha Neufeld, suggest that we deal with that uncertainty through careful, detail-oriented processing of information from the environment.

In one study, we encouraged participants to vividly remember a time when they felt awe, or one of several other positive emotions. We then asked them to read a “campus news article” presenting arguments in favor of a proposal to institute mandatory, comprehensive exams that seniors must pass in order to graduate. Of course, most college students are strongly opposed to this idea, so we can assume that any agreement with the proposal at the end of the study reflects successful persuasion.

For half of the participants in each emotion condition, the article included several strong arguments for the proposal, such as a quote from a corporate leader saying his company offered larger salaries to graduates of universities requiring senior exams. The other participants read several weak arguments, such as a statement from a current student that comprehensive exams were a tradition of the ancient Greeks. All participants then rated how strongly they agreed with the comprehensive exam proposal. If participants in any given emotion state are carefully evaluating the content of their news articles, then they should be persuaded by the articles with the strong arguments, but not by the articles with the weak arguments.

Participants in most positive emotion conditions, including enthusiasm, amusement, and contentment, were easily persuaded by both the strong and the weak arguments. It was as though they were thinking, “Nine arguments—sounds pretty good to me!” Previous studies had also found that positive emotions tend to promote reliance on superficial shortcuts such as this in evaluating persuasive messages.

Participants in the awe condition, however, were only persuaded by the strong arguments; those reading the weak arguments were even more skeptical than those in a neutral control condition (in which participants had vividly imagined doing their laundry). In other words, people who had just relived a personal experience of awe read the supposed news article even more carefully, and analyzed it more critically, than those in a neutral mood.

We still have a great deal to learn about awe, and only a few clues, but these and other studies support a tentative theory of its function. More than any other species on Earth, humans are profoundly dependent on knowledge. We have a unique ability to store vast amounts of information, in the form of elaborate conceptual networks that allow us to map our environment, remember the past, and predict the outcomes of future actions, all within the scope of human imagination. The emotion we call awe—our capacity for deep pleasure in facing the incredible and trying to take it all in—may reflect a basic need to understand the world in which we live. Of course, this theory generates lots of new questions, as any good theory should.

Does awe promote a state of mind where we suck up information from our environment like a sponge, with little conscious effort? Does awe disable the filters, created by our expectations, through which we usually perceive the world? Why are some people very awe-prone, and others not so much? How does awe affect our interactions with other people? Does awe tend to make us open-minded, or can the uncertainty inherent in awe sometimes make us defensive and inflexible? We are just beginning to address these questions. What we know so far suggests, however, that natural wonders, grand firework displays, jaw-dropping human abilities and great works of the arts appeal to something fine in human nature—our need to know.