I’ve been inspired by recent news stories of children who are working to make a difference in the world, committed to projects much bigger than themselves. There’s Malala Yousufzai, the young advocate for girls’ education in Pakistan; Craig Kielburger, who advocates for the abolishment of child labor; and Ryan Hreljac, who raises money to build wells in developing countries. The list goes on and on.

But there’s a flip side to these stories. Research suggests that some young people in the United States are actually becoming more self-absorbed and less connected to others. 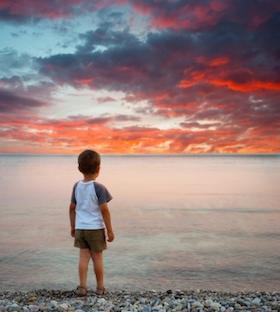 A recent study that examined the empathy levels of almost 14,000 university students between 1979 and 2009 found that students have become dramatically less empathic over the years, particularly since 2000.

In addition, narcissism, which correlates negatively with empathy, is on the rise amongst university-aged students. Narcissists, by definition, are extremely self-focused and tend to see other people in terms of their usefulness rather than true friendship—not exactly a recipe for empathy.

What’s more, a 2006 survey showed that 81 percent of 18- to 25-year-olds think getting rich is an important goal, and 64 percent think it’s the most important goal. Sadly, only 30 percent believe that helping others in need is important.

While these studies focused on university students and young adults, the findings suggest that somewhere in their earlier development, they weren’t cultivating the skills needed to connect with others.

So how can teachers help students avoid the joyless path of self-absorption and instead cultivate a life in which they feel part of something larger than themselves—one of the keys to a meaningful life?

There are, of course, many strong programs that have been designed to help students develop empathy and positive relationships.

Very little is known about the experience of awe; however, several new studies, many conducted by the GGSC’s Dacher Keltner, have shown awe to be a potentially powerful positive emotion that might just help our students develop empathy.

Here’s how it works:

When we see a grand vista in nature such as Victoria Falls, or experience an inspiring work of art such as Beethoven’s “Ode to Joy” or Michelangelo’s Pieta, or ponder the phenomenal inner strength of a great soul like Gandhi who non-violently led India to independence, we often feel two things: 1) a sense of vastness that gives us 2) a new perspective on the world and our place in it. This is awe.

Dacher’s lab has found that awe makes us feel very small and like we’re in the presence of something greater than ourselves. We also may lose awareness of our “self” and feel more connected to the world around us.

Imagine the potential of this life-changing emotion for students—and, in particular, for our hyper-self-focused teens! Since adolescence is a crucial period for identity-formation, some researchers have suggested that adolescence is a particularly important time to experience awe—it could help them see themselves as deeply connected to the world around them, not the center of it. Inducing the uplifting experience of awe could also be a positive way to keep narcissism in check.

While scientists haven’t yet examined if this temporary loss of self-focus directly impacts empathy levels, they do know that awe makes people feel less impatient and more inclined to volunteer their time to help others—strong evidence that it makes them feel more connected and committed to something bigger than themselves.

So can teachers actually create awe-inducing experiences for their students?

Absolutely! In an experiment to see if awe could be elicited, Dacher and his team had one group of university students look at a Tyrannosaurus Rex skeleton and another group look down a long hallway. On a follow-up survey, the only difference between the groups was that members of the T-Rex group felt like they were part of a larger whole—a defining feature of awe.

It’s probably not too difficult to imagine something that might induce awe in teens, or kids of any age; I’ve named a few examples above. Stories of exceptional modern-day figures such as Nelson Mandela (consider his ability to forgive) or pictures of the universe such as the birth of a star may be engaging and effective—especially if you find the subject matter to be awe-inspiring. Many teachers already bring content like this into the classroom, and this research on awe validates that approach and suggests it should be tried with more frequency and focus.

Here are two important points to remember if you want to expose your students to awe-filled experiences:

1) Not all students will get it. Dacher has found that some people are more prone to awe than others—usually the ones who are comfortable changing how they see the world. So, if you’ve got some students who seem immovable, don’t fret. If nothing else, they’re still learning about “awesome” art, music, nature, and people.

2) Help students process what they’ve experienced. Awe requires what psychologist Jean Piaget called “accommodation”—the process of changing our mental models to incorporate something to which we’ve recently been exposed. Discussing and writing about experiences of awe will help students understand and process at a deeper level what they’ve just felt.

Awe is not a term heard very often in schools, but its potential is vast. Think of the enthusiasm and wonder and joy that awe-filled experiences could bring to our students—experiences that could not only help them out of the narcissistic funk of adolescence, but also put them on a path to a life lived in compassionate connection with others. Awesome!

Love this post!  This topic is close to my heart as I am a big
believer in the importance of global education as a vehicle
for a healthier, happier and more peaceful world.  This
concept of feeling less self-absorbed and more
interconnected with the global community is vital to a
brighter future for the world’s children.

I love that you addressed the question - “can teachers
actually create awe-inducing experiences for their
students?”

Awe seems like something which we stumble upon
naturally. Considering its many benefits, it’s great to
know there is a deliberate way to foster this emotion.
Even the awareness that “awe” exists is potentially
helpful for students.

As a mother of children in a Waldorf school, I see daily how
my children are inspired and in awe by even the smallest
things. When a child learns about the number ‘1’ s/he learns
the quality of ‘1:’  wholeness, the all of nature and life, the
vastness of everything. And each number has its own
meaningful quality, as does everything in the curriculum.
Every thing worth learning has meaning, teaching children
through experience (not just being told about it) makes it
meaningful to them and truly inspires and cultivated awe.

It is amazing to see all of these children grow in awe,
reverence, respect, and power.

I love the article.  I wish the title read something more
like: An Awesome Way to Help Kids Feel More
Connected to the World Around Them.  To “Make Kids
Less Self-Absorbed” sounds self-serving, which is
somewhat ironic considering the content of the
article.

It’s true that not everyone is going to get it, which
makes me sad.  But I also remember that my best
teachers were those who were enthusiastic and filled
with awe about their topic - I didn’t always understand
why, but I remember their “awe,” and it made me
remember their lessons.  As I grew and matured, I
started to understand more why they were so
passionate about their subjects.  Usually it was a
subject like history which is full of lessons, if we care
to learn.  As my high school history teacher said,
“History bleeds, people!  History bleeds!” I learned a
lot about empathy from that teacher.

I love this article and the links provided. I shared with a friend who is a teacher.

I think even adults can benefit from being awed. When out in public I see so many people face down on their electronic devices and I think this has fostered a lack of a true connection to other people and the world around us.

I found an even more awesome link to Beetohven’s Ode to Joy (a flash mob version) here’s the link:
http://www.youtube.com/watch?v=kbJcQYVtZMo

Thanks everyone for your great feedback and
comments! It’s wonderful to see the topic of awe
resonating with so many people.

@Karen James - I appreciate your suggestion of a
different title. The positive spin is very relevant to
awe.

@ Shelli - I’m so glad you pointed out how
important it is for teachers to share their “awe”
with students. Teachers have tremendous influence
on their students - whether they realize it or not -
and their passion for a subject can awaken wonder
and amazement and awe within their students.

@Susan Shannon - Thank you so much for the link
to the “Ode to Joy” flashmob! I loved it - especially
the viewer’s comments below the video that this
video renewed his faith in humanity - the power of
awe! 😊
Warmly,
vicki

If you want to read more alone these lines of thought
Nurturing the Spirit by Aline D. Wolf is a great book.

Yes, and (dare I say it) practicing a religion with your children can also offer these benefits.  The awe of something larger and greater, the love we feel and the sense of how we fit in - an understanding of what we are here for…

People across the globe have known and understood this throughout time - be it animism, Christianity, Judaism, Islam or any other - there is beauty, power and worth in the practice of reverence.

Good article, great insight. However, I think we may underestimate the difficulty of finding ways to awe teens and pre-teens.  Their natural disposition to be self absorbed at this age can make it very difficult to hold their attention long enough to make an ‘awe moment’ happen.

Doesnt mean we shouldnt try…but I was sure hoping for more examples.  Hope additional readers post some real-life examples in the comments.

This article reminds me of one of the most influential
experiences of my childhood. When I was 10 I visited
family friends who worked at a National Park in New
Mexico. One night I went out to their “backyard” and
climbed up on some huge boulders and looked up at
the night sky. Coming from light pollution filled
Southern California, I had never seen anything like it.
I experienced the most profound sense of being a very
tiny speck in a large universe. I was completely in awe
and felt very connected to everything around me. The
world suddenly opened up to me in a way I had never
felt before, and I have kept that feeling with me ever
since. Thank you for the reminder and validation.

Love this article as it inspires teachers to also be in
awe of the responsibility and role before us.
My students have also have placed me in awe many
times.

The sense of wonder and awe that Janna shared…in a
video. The Most Astounding Fact- Neil Degrasse Tyson

Great article. Not only should we share such
moments with our children, but also take the time to
reexperience such moments ourselves. I really felt like I
came alive seeing the world anew through my kid’s eyes.