Sadness is not usually valued in our current culture. Self-help books promote the benefits of positive thinking, positive attitude, and positive behaviors, labeling sadness as a “problem emotion” that needs to be kept at bay or eliminated.

Evolution must have had something else in mind, though, or sadness wouldn’t still be with us. Being sad from time to time serves some kind of purpose in helping our species to survive. Yet, while other so-called “negative emotions,” like fear, anger, and disgust, seem clearly adaptive—preparing our species for flight, fight, or avoidance, respectively—the evolutionary benefits of sadness have been harder to understand…until recently, that is.

With the advent of fMRI imaging and the proliferation of brain research, scientists have begun to find out more about how sadness works in the brain and influences our thoughts and behavior. Though happiness is still desirable in many situations, there are others in which a mild sad mood confers important advantages.

Findings from my own research suggest that sadness can help people improve attention to external details, reduce judgmental bias, increase perseverance, and promote generosity. All of these findings build a case that sadness has some adaptive functions, and so should be accepted as an important component of our emotional repertoire.

Here are some of the ways sadness can be a beneficial emotion.

1. Sadness can improve your memory. 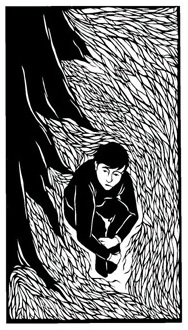 In one field study, we found that on rainy, unpleasant days that produce bad mood people had a much better recollection of details of objects they had seen in a shop. On bright, sunny days when people felt happy their memory was far less accurate in an identical situation. It seems that positive mood impairs, and negative mood improves attention and memory for incidental details in our environment.

In another experiment, my colleagues and I showed participants a photo of either a car crash scene or a wedding party scene.

Later, we asked participants to recall happy or sad memories from their past, in order to shift their mood. They then received some questions about the photos,  that were manipulated so that the questions either did or did not contain misleading or false information, such as “Did you see the stop sign at the scene?”—when there was no stop sign, only a yield sign. We later tested their eyewitness memory, and found that participants in a negative mood were better able to accurately remember original details, ignoring misleading information, while participants in positive moods made more mistakes.

This experiment points to a basic psychological fact: What we remember about the past can be greatly altered by subsequent misinformation. It seems that negative mood reduces the likelihood that later false information will distort the original memory.

So, being in the right mood can help improve our recollections. Research like ours consistently finds that happiness can produce less focused and attentive processing and so increases the chances of misleading information being incorporated into memory, while a negative mood improves attention to detail and results in better memory. 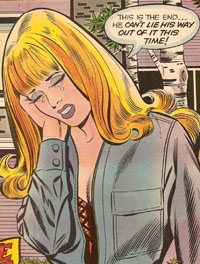 Humans constantly make social judgments, trying to read social cues in order to understand and predict others’ thoughts and behaviors. Unfortunately, these judgments can often be wrong, in part because of a number of shortcuts and biases that can lead us astray.

We repeatedly find that people are more likely to make social misjudgments due to biases when they are happy. When happy or sad participants in one study were asked to detect deception in videotaped statements of people accused of theft (who were either guilty or not guilty), participants in negative moods were more likely to make guilty judgments— but they were also significantly better at correctly distinguishing between deceptive and truthful suspects.

In another experiment, participants rated the likely truth of 25 true and 25 false general knowledge trivia statements, and, afterwards, they were told if each claim was actually true. Two weeks later, only sad participants were able to correctly distinguish between the true and false claims they had seen previously. Those in happier moods tended to rate all previously seen claims as true, confirming that a happy mood increases—and a sad mood reduces—the tendency to believe that what is familiar is actually true.

Sad moods reduce other common judgmental biases, such as “the fundamental attribution error,” in which people attribute intentionality to others’ behavior while ignoring situational factors, and the “halo effect,” where judges tend to assume a person having some positive feature—such as a handsome face—is likely to have others, such as kindness or intelligence. Negative moods can also reduce another judgmental bias, primacy effects—when people place too much emphasis on early information and ignore later details.

So negative mood can improve the accuracy of impression formation judgments, by promoting a more detailed and attentive thinking style.

3. Sadness can increase your motivation. 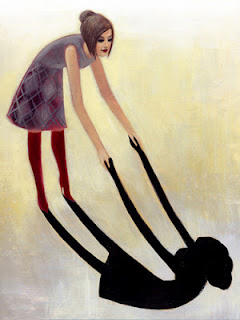 When we feel happy, we naturally want to maintain that happy feeling. Happiness signals to us that we are in a safe, familiar situation, and that little effort is needed to change anything. Sadness, on the other hand, operates like a mild alarm signal, triggering more effort and motivation to deal with a challenge in our environment.

Thus, people who are happier will sometimes be less motivated to push themselves toward action compared to someone in a negative mood, who will be more motivated to exert effort to change their unpleasant state.

We put this to the test by showing participants either happy or sad films—and then assigning them a demanding cognitive task with many difficult questions. There was no time limit, which allowed us to measure their perseverance by assessing the total time they spent on the questions, the number they answered, and the number they answered correctly. We found participants who were happy spent less time, attempted fewer items, and scored fewer correct answers than did participants we put in a negative mood, who spontaneously made more effort and achieved better results.

This suggests that a sad mood can increase and happy mood can reduce perseverance with difficult tasks, possibly because people are less motivated to exert effort when they already experience a positive mood. Sad mood in turn may increase perseverance as people see greater potential benefits of making an effort.

4. Sadness can improve interactions, in some cases. 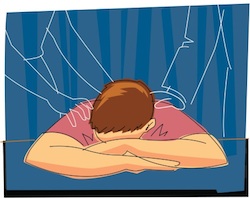 In general, happiness increases positive interactions between people. Happy people are more poised, assertive, and skillful communicators; they smile more, and they are generally perceived as more likable than sad people.

However, in situations where a more cautious, less assertive and more attentive communication style may be called for, a sad mood may help. In one study, participants who first viewed happy or sad films were unexpectedly asked to go and request a file from a person in a neighboring office. Their requests were surreptitiously recorded by a concealed tape recorder. Analyses showed that the sad mood produced more polite, elaborate, and hedging requests, whereas those in a happy mood used more direct and less polite strategies.

Why would this be? In uncertain and unpredictable interpersonal situations, people need to pay greater attention to the requirements of the situation to formulate the most appropriate communication strategy. They must be able to read the cues of the situation and respond accordingly. Sad people are more focused on external cues and will not rely solely on their first impressions, which happy people are more inclined to trust.

In other experiments, we found that people in a sad mood are also more persuasive, produce more effective and concrete arguments to support their position, and are better able to convince others than are people in a positive mood.

Here’s another example: In social science experiments, researchers use the ultimatum game to study things like cooperation, trust, and generosity. They give players money and tell them to allocate as much as they want to another person who has the power to accept or reject the offer. If the offer is rejected, neither side gets anything. Past research has found that those in the giver role are not simply driven by maximizing benefits for themselves. However, the impact of mood on such decisions has not been previously measured.

My colleagues and I asked participants to play the ultimatum game after they’d been induced to feel happy or sad. We measured how long it took for them to make their allocation decisions and how much they gave. Those in sad moods gave significantly more to others than did happy people and took longer to make their decisions, suggesting that they paid greater attention to the needs of others and were more attentive and thoughtful in making their decisions.

In addition, when researchers looked at receivers in the game, they found that those in a sad mood were also more concerned with fairness, and rejected unfair offers more than did those in the happy condition In other words, mood can also influence selfishness and fairness.

Sadness is not depression

Though much has been made of the many benefits of happiness, it’s important to consider that sadness can be beneficial, too. Sad people are less prone to judgmental errors, are more resistant to eye-witness distortions, are sometimes more motivated, and are more sensitive to social norms. They can act with more generosity, too.

The benefits of sadness have their limits, of course. Depression—a mood disorder defined, at least in part, by prolonged and intense periods of sadness—can be debilitating. And no one is suggesting that we should try to induce sadness as a way of combating memory decline, for example. Research does not bear out the benefits of doing this.

But my research does suggest that mild, temporary states of sadness may actually be beneficial in handling various aspects of our lives. Perhaps that is why, even though feeling sad can be hard, many of the greatest achievements of Western art, music, and literature explore the landscape of sadness. In everyday life, too, people often seek ways to experience sadness, at least from time to time—by listening to sad songs, watching sad movies, or reading sad books.

Evolutionary theory suggests that we should embrace all of our emotions, as each has an important role to play under the right circumstances. So, though you may seek ways to increase happiness, don’t haphazardly push away your sadness. No doubt, it’s there for good reason.