What are the major causes of human happiness?

It’s an important question but one that science has yet to fully answer. We’ve learned a lot about the demographics of happiness and how it’s affected by conditions like income, education, gender, and marriage. But the scientific results are surprising: Factors like these don’t seem to have particularly strong effects. Yes, people are generally happier if they make more money rather than less, or are married instead of single, but the differences are quite modest. 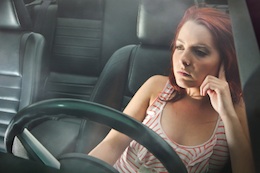 Although our goals in life often revolve around these sorts of milestones, my research is driven by the idea that happiness may have more to do with the contents of our moment-to-moment experiences than with the major conditions of our lives. It certainly seems that fleeting aspects of our everyday lives—such as what we’re doing, who we’re with, and what we’re thinking about—have a big influence on our happiness, and yet these are the very factors that have been most difficult for scientists to study.

A few years ago, I came up with a way to study people’s moment-to-moment happiness in daily life on a massive scale, all over the world, something we’d never been able to do before. This took the form of trackyourhappiness.org, which uses iPhones to monitor people’s happiness in real time.

My results suggest that happiness is indeed highly sensitive to the contents of our moment-to-moment experience. And one of the most powerful predictors of happiness is something we often do without even realizing it: mind-wandering.

As human beings, we possess a unique and powerful cognitive ability to focus our attention on something other than what is happening in the here and now. A person could be sitting in his office working on his computer, and yet he could be thinking about something else entirely: the vacation he had last month, which sandwich he’s going to buy for lunch, or worrying that he’s going bald.

This ability to focus our attention on something other than the present is really amazing. It allows us to learn and plan and reason in ways that no other species of animal can. And yet it’s not clear what the relationship is between our use of this ability and our happiness.

You’ve probably heard people suggest that you should stay focused on the present. “Be here now,” as Ram Dass advised back in 1971. Maybe, to be happy, we need to stay completely immersed and focused on our experience in the moment. Maybe this is good advice; maybe mind-wandering is a bad thing.

On the other hand, when our minds wander, they’re unconstrained. We can’t change the physical reality in front of us, but we can go anywhere in our minds. Since we know people want to be happy, maybe when our minds wander we tend to go to someplace happier than the reality that we leave behind. It would make a lot of sense. In other words, maybe the pleasures of the mind allow us to increase our happiness by mind-wandering.

Since I’m a scientist, I wanted to try to resolve this debate with some data. I collected this data using trackyourhappiness.org.

How does it work? Basically, I send people signals at random times throughout the day, and then I ask them questions about their experience at the instant just before the signal. The idea is that if we can watch how people’s happiness goes up and down over the course of the day, and try to understand how things like what people are doing, who they’re with, what they’re thinking about, and all the other factors that describe our experiences relate to those ups and downs in happiness, we might eventually be able to discover some of the major causes of human happiness.

This essay is based a 2011 TED talk by Matt Killingsworth.

In the results I’m going to describe, I will focus on people’s responses to three questions. The first was a happiness question: How do you feel? on a scale ranging from very bad to very good. Second, an activity question: What are you doing? on a list of 22 different activities including things like eating and working and watching TV. And finally a mind-wandering question: Are you thinking about something other than what you’re currently doing? People could say no (in other words, they are focused only on their current activity) or yes (they are thinking about something else). We also asked if the topic of those thoughts is pleasant, neutral, or unpleasant. Any of those yes responses are what we called mind-wandering.

We’ve been fortunate with this project to collect a lot of data, a lot more data of this kind than has ever been collected before, over 650,000 real-time reports from over 15,000 people. And it’s not just a lot of people, it’s a really diverse group, people from a wide range of ages, from 18 to late 80s, a wide range of incomes, education levels, marital statuses, and so on. They collectively represent every one of 86 occupational categories and hail from over 80 countries.

So what did we find?

First of all, people’s minds wander a lot. Forty-seven percent of the time, people are thinking about something other than what they’re currently doing. Consider that statistic next time you’re sitting in a meeting or driving down the street.

How does that rate depend on what people are doing? When we looked across 22 activities, we found a range—from a high of 65 percent when people are taking a shower or brushing their teeth, to 50 percent when they’re working, to 40 percent when they’re exercising. This went all the way down to sex, when 10 percent of the time people’s minds are wandering. In every activity other than sex, however, people were mind-wandering at least 30 percent of the time, which I think suggests that mind-wandering isn’t just frequent, it’s ubiquitous. It pervades everything that we do.

How does mind-wandering relate to happiness? We found that people are substantially less happy when their minds are wandering than when they’re not, which is unfortunate considering we do it so often. Moreover, the size of this effect is large—how often a person’s mind wanders, and what they think about when it does, is far more predictive of happiness than how much money they make, for example.

Now you might look at this result and say, “Ok, on average people are less happy when they’re mind-wandering, but surely when their minds are straying away from something that wasn’t very enjoyable to begin with, at least then mind-wandering will be beneficial for happiness.”

As it turns out, people are less happy when they’re mind-wandering no matter what they’re doing. For example, people don’t really like commuting to work very much; it’s one of their least enjoyable activities. Yet people are substantially happier when they’re focused only on their commute than when their mind is wandering off to something else. This pattern holds for every single activity we measured, including the least enjoyable. It’s amazing.

But does mind-wandering actually cause unhappiness, or is it the other way around? It could be the case that when people are unhappy, their minds wander. Maybe that’s what’s driving these results. 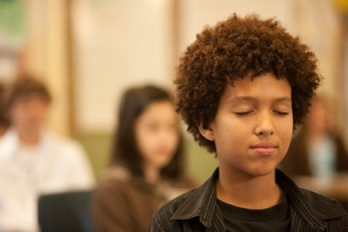 How could this be happening? I think a big part of the reason is that when our minds wander, we often think about unpleasant things: our worries, our anxieties, our regrets. These negative thoughts turn out to have a gigantic relationship to (un)happiness. Yet even when people are thinking about something they describe as neutral, they’re still considerably less happy than when they’re not mind-wandering. In fact, even when they’re thinking about something they describe as pleasant, they’re still slightly less happy than when they aren’t mind-wandering at all.

The lesson here isn’t that we should stop mind-wandering entirely—after all, our capacity to revisit the past and imagine the future is immensely useful, and some degree of mind-wandering is probably unavoidable. But these results do suggest that mind-wandering less often could substantially improve the quality of our lives. If we learn to fully engage in the present, we may be able to cope more effectively with the bad moments and draw even more enjoyment from the good ones.