Racism in this country is nowhere near as blatant or routine as it was 50 years ago. But that doesn’t mean it’s gone away.

Instead, research suggests that many of us are still prone to more unconscious or “automatic” forms of racism—we can behave in racially-biased ways without even knowing it. For instance, studies show that automatic bias can cause whites to smile less, avert their gaze, and stand further away from people of color. 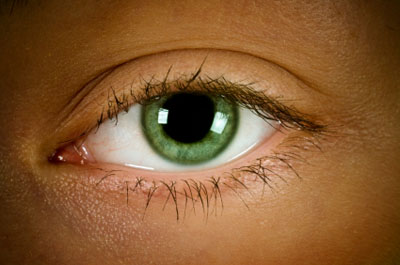 But a new study suggests that by simply putting ourselves in another person’s shoes, we can significantly reduce our unconscious biases—and significantly improve our real-world interactions with people who look different from us.

In the study, published in the June issue of the Journal of Personality and Social Psychology, researchers showed participants a five-minute video depicting a black man named Glen and a white man named John. Both shopped in a department store, tried to buy a car, and interacted with police, but Glen clearly experienced discrimination.

Some participants were then asked to imagine Glen’s perspective—what he might be thinking, feeling, and experiencing. Others were asked to imagine what thoughts and feelings they would have if they were in Glen’s situation. A third group was supposed to remain objective; they weren’t told to consider Glen’s thoughts or emotions.

Then the researchers gave the participants’ a sophisticated test that measures unconscious biases.

In a variation on this experiment, the researchers found that participants showed less automatic bias even when they were simply shown a picture of a black man and asked to imagine his thoughts, feelings, and experiences. Another experiment in the study showed that perspective taking did not lead participants to ignore racial inequality, as previous studies have suggested.

The study’s final experiment showed that perspective taking actually improves real-world interactions between black and white people. First, participants—college students—were shown a photo of an African-American man and were asked either to take his perspective, remain objective, or were given no instructions. Then they wrote an essay about a day in his life.

Afterward, an African-American woman—who was working with the researchers but didn’t know what instructions each participant had received—led participants into another room with a hidden video camera and asked them questions about their introductory psychology course; soon afterward she assessed the quality of her exchange with them.

The results identify concrete social benefits of “putting oneself in another person’s shoes,” according to Andrew Todd, the study’s lead author and an assistant professor of psychology at the University of Iowa.

“I think our work provides some much needed first steps toward identifying a practical strategy that individuals can implement during encounters with outgroup members,” he says.

Still, he cautions that “it’s unlikely that perspective taking is a cure-all de-biasing strategy for everyone or in every intergroup situation.”

Todd says that more research is needed to determine under what circumstances, and for which people, perspective taking will be most effective in reducing prejudice.

If I am waiting for the world’s empathy to free me I will always be a slave.  Freedom comes from the content of my character and character has nothing to do with race. It’s not the car(country) is the driver(the person).

. A third group was supposed to remain objective;
they weren’t told to consider Glen’s thoughts or
emotions.