When Michelle Obama invited the rapper Common to perform at the White House’s “Celebration of American Poetry” recently, the invitation provoked outraged accusations that he is a “thug” who didn’t deserve a place on the bill.

How fair are these accusations? Before you jump on one bandwagon or the other, consider how your opinion may be influenced by some subtle biases: Research suggests that the label of “rap” is likely to affect how people interpret of a given set of lyrics. 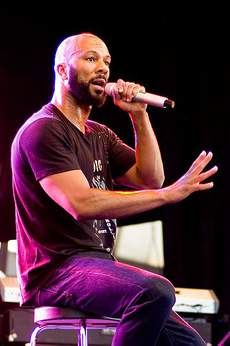 The same lyrics were rated differently depending on the musical genre they were placed in. In the “rap” condition, people reported that the lyrics were more offensive and a bigger threat to society, and advocated regulation of the lyrics through warning labels or an overall ban. The “country” and “folk” conditions were rated about the same; both were deemed much less threatening than the “rap” lyrics.

The key factor in this research is that the lyrics that people rated were exactly the same, which allows the researchers to conclude that the results are driven by negative perceptions of rap music. Fried asks, ” Are some songs getting more extreme reactions because they are rap songs, and not because of the actual lyrics involved?”

Unfortunately, people tend to automatically associate rap music with violence. That is, when many people hear “rap,” the concept of violence also becomes automatically activated and influences how they interpret the lyrics and other details surrounding the music.

I suspect that the knee-jerk negative associations with rap is one reason why people have trouble recognizing rap as a form of poetry—something the Obamas are addressing directly through their invitation to Common. So before assuming the Obamas are now cavorting with a “thug” and a “gangster” just because Common’s art form is rap, consider our own biases and associations with rap music and listen with an open-mind to the more socially conscious variants of rap music. They’re as different from gangster rap as punk rock is from pop.

Wow. I did not read the methods, but did people suddenly forget how to read? Any ambiguity in lyrics should be considered up for interpretation. If Common speaks of violence and then questions it, you’d think anyone with a high-school education could understand at least that. I remember when Underwood’s pop-country song was criticized because the lyrics portrayed a woman beating the snot out of her boyfriend’s car - critics thought the song would be condemned if a man had been the singer - although we have to remember that most of these songs are written by 2 producers in some think tank anyway. I’d bet that Underwood was more the target of criticism because she is female, honestly.

This rap criticism verges on racist. And wasn’t it Fox “News” who started this whole Common “controversey”? There is a principle (and it kills me that I can’t remember the term) where journalists are supposed to be impartial. What are they doing discussing this topic? Hmph. I miss Peter Jennings.