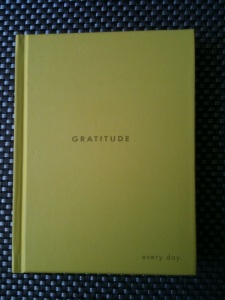 Waiting times for psychological counseling can be long. That makes it doubly hard on those who are seeking therapy: not only is treatment delayed, they’re also more likely to drop out prior to their initial appointment—and less likely to go on to seek help elsewhere.

So it’s urgent that those who are on a wait-list know if there’s something they can do to help themselves in the meantime. But is there?

Well, according to a paper published just earlier this year in the Journal of Happiness Studies, there might be a way to turn this unhappy waiting time into a healthy self-guided treatment all its own.

The researchers rounded up 48 people who were on a waiting list to receive psychotherapy, who reported problems ranging from depression and anxiety to substance abuse and eating disorders. Participants were assigned to one of three groups:

So, did this 14-day intervention help people waiting for therapy? Did it make them more grateful, kinder, and happier?

The researchers were looking for yes to all these questions—but that’s not the story their data gave them. Those in the gratitude group did report feeling more grateful at the end of these two weeks, but those in the kindness group didn’t get the same kind of benefit. That is, those who counted their kindnesses didn’t come out kinder because of it, suggesting that gratitude, but not kindness, can be cultivated in this short amount of time.

Despite this asymmetry, at least both the kindness and gratitude groups showed measurable improvements over those who simply monitored their mood. Both the kindness and gratitude groups enjoyed a higher percent of happy days, where they felt optimistic and expected the best. They were also more satisfied with their lives, which they perceived to be more meaningful, and they felt more connected with others each day.

In effect, all of these positive outcomes—this increased sense of connectedness, enhanced satisfaction with daily life, optimism, and reduced anxiety—address in some way the problems which qualified participants for the study in the first place. (Remember, they were all clinically distressed and seeking therapy that was at least more than a month out.)

So these results suggest that this brief intervention—which was self-guided, and lasted only two weeks—didn’t just increase feelings of gratitude. Keeping lists of gratitude and kindness made people feel happier, more connected, and more meaningful—doing the work that therapy is partly designed to do, all before a single professional session.

This isn’t the first study to suggest that gratitude and kindness interventions are beneficial. But it is perhaps the first to suggest that these brief, self-administered positive psychological strategies aren’t just for happy people who are looking to be happier. They can work for a group that needs help—“not [just] as end states,” write the authors, “but as emotional experiences that themselves have the capacity to stimulate positive change.”