Every year, more than 36,000 people kill themselves in the United States—twice the number of deaths from homicide.

But our society puts a great deal of energy into preventing and solving homicides, by building prisons, hiring police, and putting security cameras in every mall and airport. We invest far fewer resources in understanding and preventing suicides, a phenomenon that takes many more lives.

This might be because we feel helpless to stop people from making the very private decision to kill themselves—and indeed, research finds that suicidal thoughts thrive in isolation.

So can fostering feelings of connection and nurturing positive skills—as opposed to just limiting negative thought patterns—reduce suicidal plans and death fantasies? That’s the question tackled by two recent studies, which examine the power of gratitude, grit, and forgiveness to tie us to other people and help make life worth living.

In the April issue of the Journal of Research in Personality, GGSC dissertation fellow Evan M. Kleiman and his colleagues from George Mason University surveyed a group of 209 college students over a four-week period. The students answered questions to measure their levels of depression, suicidal thoughts, grit, gratitude, and sense of meaning in life.

Evan M. Kleiman is examining "the potential for gratitude to play a role in suicide prevention" as a UC Berkeley Greater Good Science Center dissertation fellow.

The idea was to see if the positive traits—grit and gratitude—mitigated the negative ones and made life feel more meaningful. Since depression is a large contributing factor to suicide, they controlled for that variable throughout the study.

Grit, said the authors, is “characterized by the long-term interests and passions, and willingness to persevere through obstacles and setbacks to make progress toward goals.” It stands to reason that someone with lots of grit would be less inclined to ruminate on troublesome things and consider suicide.

But what about gratitude? That entails noticing the benefits and gifts received from others, and it gives an individual a sense of belonging.

In fact, the researchers found that grit and gratitude make a great team: Gratefulness helps us to appreciate and seek out the good things in life, while grit helps us to accept setbacks. Together, suggests this study, they make life more meaningful and reduce suicidal thoughts, independent of depression symptoms.

Suicide rates tend to be higher in rural than urban areas—possibly because people in the country tend, contrary to popular belief, to be more isolated. In a study that appears in the July issue of the Journal of Affective Disorders, Sheri A. Nsamenang and colleagues at East Tennessee State University looked at the impact of another positive behavior, forgiveness, on reducing suicidal thoughts in impoverished, rural people.

First, the researchers asked questions like, “How likely is that you will attempt suicide someday?” in order to measure suicidal thoughts. Then the researchers measured participants’ sense of connection to other people as well as perceived “burdensomeness” to others. Finally, the study tried to measure forgiveness in three domains:

When they analyzed all these factors in relation to each other, the researchers found that participants’ ability to forgive themselves and others seemed closely associated with the will to keep on living (but a feeling of being forgiven by God was not).

They also found that all three domains of forgiveness seemed to reduce their feelings of being a burden to others, which indirectly contributes to a reduction in suicidal thoughts.

Why would forgiveness have this effect? They found that feelings of being a burden might more likely to drive rural people to suicide than simple feelings of isolation—and, indeed, people who were able to forgive themselves for being a burden to others were much less suicidal.

Forgiveness of self and others also seemed, according to their analysis, to minimize depressive symptoms and to increase their feelings of belonging with other people—two factors that dramatically reduce the risk of suicide.

The authors also speculated that forgiveness of others may cut suicide risk simply by making us feel better about difficult social situations and enhancing ability to manage negative feelings toward others.

The bottom line? Forgiveness helps us to feel better about ourselves and other people; gratitude helps us to see the good things in life; grit helps us to face life’s inevitable setbacks. 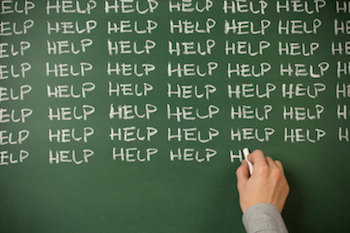 This is a potentially powerful combination of thoughts for those who might be considering suicide. The question is how to foster these qualities in people who might need them most.

The authors of both studies noted the huge clinical implications of their work: If mental health workers can specifically foster grit, gratitude, and forgiveness in suicidal people, they should be able to increase their sense that life is worth living.

This seemingly impossible task can be accomplished through just a few simple steps, write Kleiman and colleagues, like asking students to write three things they are grateful for at the end of each day.

Grit is tougher to foster—as the authors note, “There is no intervention that currently exists to directly enhance grit.” Similarly, forgiveness might be even more complex than gratitude and grit, given how hard it is to forgive ourselves for real mistakes or forgive others for real harm they’ve done. Sometimes, forgiveness of oneself and others even might be unhealthy and inappropriate . But even here, say Nsamenang and her co-authors, therapists can take steps to foster forgiveness—starting with efforts to foster self-compassion as well as empathy with those who we feel might have done us harm.

As researchers move forward in understanding how we can foster human strengths and use them to save lives, clinicians and teachers can begin applying their insights in real world settings. Perhaps someday, our society will invest at least as many resources in fostering positive skills and strengths as it does in prisons and police.