You may eagerly anticipate spending time with friends and family. But you may also dread the obligation to do so, preferring to be alone.

New research suggests that, as long as it isn’t driven by fear, there’s nothing inherently wrong with that impulse. In fact, it may stimulate a much-valued ability: creativity. 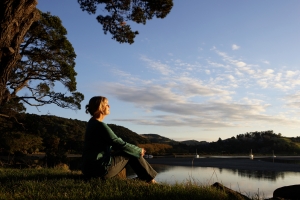 When it comes to social withdrawal, “motivation matters,” said University of Buffalo psychologist Julie Bowker. In the journal Personality and Individual Differences, she and two colleagues distinguish between three such catalysts, and discover they produce quite different results.

The study featured 295 undergraduates at a large public university in the United States. Participants filled out a survey that allowed them to delineate specific reasons for avoiding social gatherings: shyness (“Sometimes I turn down chances to hang out with others because I feel too shy”), avoidance (“I try to avoid spending time with other people”), and unsociability (“I don’t have a strong preference for being alone or with others”).

The subjects also completed a series of other surveys, including one measuring both physical aggression (“When someone makes me really angry, I push or shove the person”) and relational aggression (“When I am not invited to do something with a group of people, I will exclude those people from future activities”). To measure self-perceived creativity, they rated the accuracy of 10 statements on a one-to-five scale, including “I have a vivid imagination.”

People whose answers reflected shyness or avoidance scored low on creativity, and high on both types of aggression, an attitude presumably reflecting loneliness or frustration. But the opposite was true of unsociability. People who displayed that trait were less likely to engage in aggressive behavior, and more likely to report that they were creatively engaged.

“Anxiety-free time spent in solitude may allow for, and foster, creative thinking and work,” the researchers note. Rather than viewing unsociability “as a relatively benign form of withdrawal,” this research suggests it “may be better characterized as a potentially beneficial form of withdrawal.”

Dictionary definitions of “unsociable” tend toward the negative. But if your desire for alone time is truly driven not by fear or avoidance, but rather by the pleasure you take in solitary activities, go for it.

While your friends are getting drunk, you may find yourself getting inspired.

This story originally appeared as “Alone Time Linked to Creativity” on Pacific Standard, an editorial partner site. Subscribe to the magazine in print and follow Pacific Standard on Twitter to support journalism in the public interest.