Lee came to the first day of our self-compassion class looking a bit uncomfortable. This wasn’t particularly unusual, as many of our students were signed up by a parent—it usually isn’t the teen’s idea to enroll in a class on self-compassion. But I do remember that Lee asked us to call them by a different name, one that wasn’t listed on the registration. Of course, my co-teacher and I were fine with this—whatever the teen wanted to be called was OK with us. 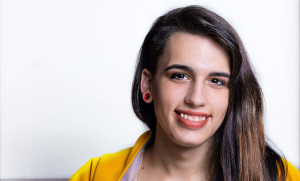 More than half of all transgender and nonbinary teens are diagnosed with depression and experience suicidal thoughts, and almost half engage in non-suicidal self-injury, such as cutting. These rates are two to five times higher than those of their cisgender (non-transgender) peers. The suffering that they experience is profound, and largely comes from transphobia, a wholesale rejection of who they are that comes sometimes from family and friends, and often from those in the larger society. Simply put, after hearing repeatedly in different ways that they are unacceptable anomalies, trans teens often take this message in to a deep part of themselves, believing on some fundamental level that they are broken, unworthy, and, as one teen put it to me, freaks of nature.

Yet according to a 2017 Williams Institute report, 0.7% of youth in the U.S. ages 13–17 are transgender or nonbinary—somewhere around 150,000 youth in the U.S. alone—and I would venture to guess that the real percentage is much higher, as many youth probably wouldn’t endorse being transgender on a survey. When language was intentionally kept broad, using the term “gender-diverse,” one study reported a rate as high as 9.2% in an urban school district. That’s a whole lot of suffering.

It was hard for me to turn my back on that kind of suffering, especially after another gender-questioning teen I was teaching used the term “self-loathing” to describe how they felt about themselves. We had just completed a study where we found that teaching teens self-compassion could help reduce their depression, and wondered whether self-compassion tools could help trans teens feel better about themselves, too.

So, in the middle of the pandemic, my colleagues and I taught a self-compassion program on Zoom to three classes of transgender teens from summer of 2020 through spring of 2021. The program included various different types of guided meditations, exercises, short videos, and, of course, lots of discussion. Based on the results of our study—and the feedback we got from participants—we believe self-compassion is a vital tool for the mental health and flourishing of trans teens.

Self-compassion entails recognizing that we are suffering, knowing that this suffering is part of being human—we all suffer, although the circumstances under which we suffer and the degree to which we suffer may differ—and, most importantly, identifying that there is something we can do about it. We can treat ourselves with more kindness, more gently—even when we don’t believe that we deserve it. Self-compassion offers us the power to shift the narrative in our heads away from the one that tells us we’re not worthy, that we’re a piece of crap, and more…that we don’t deserve to live. Rather, it replaces that narrative with one that tells us that we are OK just as we are—perfectly imperfect.

In our program, one of the teens’ favorite practices was a music meditation, which involved actively listening to a relaxing piece of instrumental music while bringing their attention back to the music when their mind wandered. Another was using a supportive gesture, in which teens found ways that they could comfort themselves when stressed by putting a hand over their heart, stroking their arms, or cradling their face in their hands. They learned that engaging in this kind of physical gesture reduces stress; that’s probably why we so naturally give our friends hugs or pats on the back to comfort them.

Another favorite activity of the teens was taking pictures of things that made them smile. It helped to remind them that while we tend to dwell on the painful parts of our lives—when we are misgendered or feel like we said something stupid—we forget that we also have moments of joy in our lives all the time—when the cat curls up in our laps, or a moment of laughter with friends. Once the teens took the photos, they could then save the photos on their phones and re-visit them whenever they started to feel stressed or anxious.

Knowing that depression and possibly suicidal thoughts are prevalent with trans teens, we monitored their depression scores—and our study psychologist was on hand to contact parents and teens if they scored in what we considered a “danger zone.” We also surveyed how their depression, anxiety, self-compassion, mindfulness, resilience, and life satisfaction changed from before the program to after, and three months later.

Our article, published in the Journal of Adolescent Research, reported our results. All the mental health measures improved significantly from before the program to after, with the exception of thwarted belongingness, which didn’t improve until three months after the program. Depression, self-compassion, and mindfulness continued to improve after the program, while the benefits to anxiety and life satisfaction waned a bit. This is often the case, since participants in these programs don’t necessarily continue to practice once the program is over.

What was most noteworthy, however, were some of the comments teens made when asked about the program. Many talked about how they felt safe in the class—sometimes for the first time ever. They described the class as comforting and without judgment. One teen remarked, “I felt very safe during every session and I felt like my input was valuable whenever I gave it.”

Teens also spoke of a change in perspective they had from taking the program, some describing a shift in how they saw themselves and therefore treated themselves. Somehow the program had given them permission to accept themselves as they are, so that they could treat themselves with kindness and support, rather than with self-loathing and self-criticism. They didn’t have to be perfect, or accepted by others, in order to accept themselves. They noted changes in their self-worth and sense of belonging, and voiced that they felt less alone.

One teen described how self-compassion is most notably lacking in trans teens, and sorely needed: “I’d say the biggest issue that trans people have, particularly transgender teenagers . . . is self-compassion. It feels like they have no self-compassion because it feels impossible to love yourself whenever it feels like you’re not even yourself. But I’d say that this class really does kind of help with that. It helps you kind of find yourself and it helps you grow along with yourself.” In truth, how hard must it be to love yourself when you aren’t permitted to be yourself? When being yourself is met with such harsh and demeaning reactions from others?

We have now received funding from the American Foundation for Suicide Prevention to do our next study with trans teens. We’ll be incorporating a workshop for parents, among other additions.

For trans teens who can’t participate in programs like these, it’s important for them to take time to remember that whoever and however they are, they are whole and worthy human beings—valued and valuable. That they matter to their friends and family, and to so many others around them that they likely don’t even think much about: their teachers, people in their community, even the siblings of their friends. And they can start to build their self-compassion toolbox by listening to some audio recordings of practices—music meditation or comforting gestures (also called soothing touch), which I mentioned earlier.

I feel honored to have been able to work with these teens, and be a small part of the process of their growth into becoming their authentic selves. As a cisgender, straight, gray-haired woman, I learned so much from these brave young people. About what it’s like being trans in today’s society but, most of all, how essential—and difficult—it can be to be true to yourself. We all have much to learn from their remarkable and inspiring courage.