We often hear stories of people who’ve learned from their dreams or been inspired by them. Think of Paul McCartney’s story of how his hit song “Yesterday” came to him in a dream or of Mendeleev’s dream-inspired construction of the periodic table of elements.

But, while many of us may feel that our dreams have special meaning or a useful purpose, science has been more skeptical of that claim. Instead of being harbingers of creativity or some kind of message from our unconscious, some scientists have considered dreaming to be an unintended consequence of sleep—a byproduct of evolution without benefit. 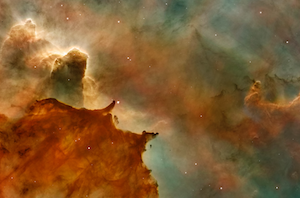 Sleep itself is a different story. Scientists have known for a while now that shorter sleep is tied to dangerous diseases, like heart disease and stroke. There is mounting evidence that sleep deprivation leads to a higher risk of obesity and Alzheimer’s disease. Large population studies reflect a saddening truth—the shorter your sleep, the shorter your life. Not only that, sleep helps us to hold onto our memories and to learn facts and skills faster, making it important for everyone including infants, students, athletes, pilots, and doctors.

Much of this I outline in my new book, Why We Sleep: Unlocking the Power of Sleep and Dreams, which summarizes the many findings we have about sleep and its function in our lives.

But what about dreaming? Does it also have a purpose?

Recent work in my neuroscience lab and the work of other scientists has shown that dreams may have a very particular function important to our well-being. Here are the two main ways dreams help us.

It’s said that time heals all wounds, but my research suggests that time spent in dream sleep is what heals. REM-sleep dreaming appears to take the painful sting out of difficult, even traumatic, emotional episodes experienced during the day, offering emotional resolution when you awake the next morning.

REM sleep is the only time when our brain is completely devoid of the anxiety-triggering molecule noradrenaline. At the same time, key emotional and memory-related structures of the brain are reactivated during REM sleep as we dream. This means that emotional memory reactivation is occurring in a brain free of a key stress chemical, which allows us to re-process upsetting memories in a safer, calmer environment.

Those who slept in between the two sessions reported a significant decrease in how emotional they felt in response to seeing those images again, and their MRI scans showed a significant reduction in reactivity in the amygdala, the emotional center of the brain that creates painful feelings. Moreover, there was a reengagement of the rational prefrontal cortex of the brain after sleep that helped maintain a dampening influence on emotional reactivity. In contrast, those who remained awake across the day showed no such dissolving of emotional reactivity over time.

That in itself doesn’t say anything about the role of dreaming. But we had recorded each participant’s sleep during the intervening night between the two test sessions, and we found that specific brain activity that reflected a drop in stress-related brain chemistry during the dream state determined the success of overnight therapy from one individual to the next.

Dreaming has the potential to help people de-escalate emotional reactivity, probably because the emotional content of dreams is paired with a decrease in brain noradrenaline. Support for this idea came from a study done by Murray Raskind on vets with PTSD, who often suffer debilitating nightmares. When given the drug Prazosin—a medication that lowers blood pressure and also acts as a blocker of the brain stress chemical noradrenaline—the vets in his study had fewer nightmares and fewer PTSD symptoms than those given a placebo. Newer studies suggest this effect can be shown in children and adolescents with nightmares, as well, though the research on this is still in its infancy.

The evidence points toward an important function of dreams: to help us take the sting out of our painful emotional experiences during the hours we are asleep, so that we can learn from them and carry on with our lives. 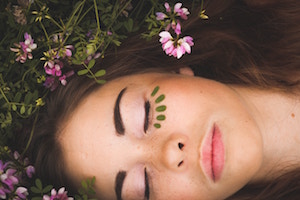 It’s been shown that deep non-REM sleep strengthens individual memories. But REM sleep is when those memories can be fused and blended together in abstract and highly novel ways. During the dreaming state, your brain will cogitate vast swaths of acquired knowledge and then extract overarching rules and commonalties, creating a mindset that can help us divine solutions to previously impenetrable problems.

How do we know dreaming and not just sleep is important to this process?

In one study, we tested this by waking up participants during the night—during both non-REM sleep and dreaming sleep—and gave them very short tests: solving anagram puzzles, where you try to unscramble letters to form a word (e.g., OSEOG = GOOSE). First, participants were tested beforehand, just to familiarize them with the test. Then, we monitored their sleep and woke them up at different points of the night to perform the test. When woken during non-REM sleep, they were not particularly creative—they could solve very few puzzles. But, when we woke up participants during REM sleep, they were able to solve 15-35 percent more puzzles than when they were awake. Not only that, participants woken while dreaming reported that the solution just “popped” into their heads, as if it were effortless.

In another study, I and my colleagues taught participants a series of relational facts—such as, A>B, B>C, C>D, and so on—and tested their understanding by asking them questions (e.g., Is B>D or not?). Afterwards, we compared their performance on this test before and after a full night’s sleep, and also after they’d had a 60- to 90-minute nap that included REM sleep. Those who’d slept or had a long nap performed much better on this test than when they were awake, as if they’d put together disparate pieces of a jigsaw puzzle in their sleep.

Some may consider this trivial, but it is one of the key operations differentiating your brain from your computer. It also underlies the difference between knowledge (retention of individual facts) and wisdom (knowing what they all mean when you fit them together). The latter seems to be the work of REM-sleep dreaming.

“It’s said that time heals all wounds, but my research suggests that time spent in dream sleep is what heals”

Dreaming improves creative problem solving, too, according to another study. Participants learned to navigate a virtual maze using trial and error and aided by the placement of unique objects—like Christmas trees—at certain junctions in the maze. After this learning session, the group was split in two, with half napping and half watching a video for 90 minutes. Nappers were occasionally awoken to ask about the content of their dreams; those watching a video were also asked about thoughts going through their minds.

While the benefits of dreaming are real, too many of us have problems getting a full eight hours of sleep and lose out on these advantages. Alternatively, we may think we’re the exception to the rule—that we’re one of those people who doesn’t happen to need a lot of sleep. But nothing could be further from the truth. Research clearly shows that people who overestimate their ability to get by on less sleep are sadly wrong.

Five ways to enhance your sleep 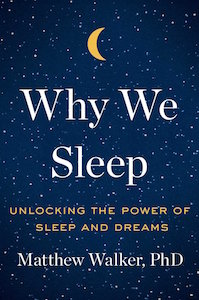 This essay was adapted from Matthew Walker's new book, Why We Sleep: Unlocking the Power of Sleep and Dreams (Scribner, 2017, 368 pages).

So how can we be sure to get enough sleep and experience a dream state? While we may be tempted to use sleeping pills to get to sleep, this has been shown to be detrimental to dreaming. Instead of taking pills, here are some simple ways to enhance your sleep:

1. Make sure your room is dark and that you are not looking at bright light sources—i.e., computer screens and cell phones—in the last hour or two before going to bed. You may even want to start dimming lights in your house in the earlier parts of the evening, which helps to stimulate sleepiness.

2. Go to bed and wake up at approximately the same time every day. This helps signal to your body a regular time for sleeping. It’s no use trying to sleep in a lot on weekends. There is no way to make up for regular sleep loss during the week.

3. Keep the temperature in your house cool at night—maybe even cooler than you think it should be, like around 65 degrees. Your body temperature needs to drop at night for sleep, and a lower room temperature helps signal your brain that it’s time to sleep.

4. If you have trouble falling asleep, or wake in the night feeling restless, don’t stay in bed awake. That trains the brain that your bed is not a place for sleeping. Instead, get up and read a book under dim light in a different room. Don’t look at your computer or cell phone. When sleepiness returns, then go back to bed. Or if you don’t want to get out of bed, try meditating. Studies suggest it helps individuals fall asleep faster, and also improves sleep quality.

5. Don’t have caffeine late in the day or an alcohol-infused nightcap. Both of these interfere with sleep—either keeping you awake or stimulating frequent wake-ups during the night.

Sleep is the single most effective thing we can do to rest our brain and physical health each day. Atop of sleep, dreaming provides essential emotional first aid and a unique form of informational alchemy. If we wish to be as healthy, happy, and creative as possible, these are facts well worth waking up to.