Over the past week, NPR has been receiving much heat for having fired Juan Williams after he made the following comments on Fox News:

I’m not a bigot. You know the kind of books I’ve written about the civil rights movement in this country. But when I get on the plane, I got to tell you, if I see people who are in Muslim garb and I think, you know, they are identifying themselves first and foremost as Muslims, I get worried. I get nervous. Now, I remember also that when the Times Square bomber was at court, I think this was just last week. He said the war with Muslims, America’s war is just beginning, first drop of blood. I don’t think there’s any way to get away from these facts. But I think there are people who want to somehow remind us all as President Bush did after 9/11, it’s not a war against Islam.

On Slate, Shankar Vedantam has already picked up on the psychological side of the story. He argues that the kinds of thought processes expressed by Williams are exactly the kind of sentiment admitted to by the Rev. Jesse Jackson in 1993: “There is nothing more painful to me at this stage in my life than to walk down the street and hear footsteps and start to think about robbery and then look around and see somebody white and feel relieved.” 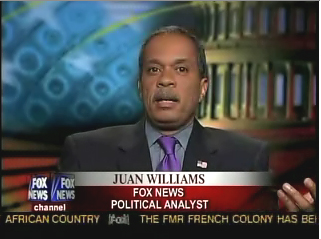 I use Jackson’s admission in the new Greater Good book Are We Born Racist? in the same that Vedantam uses Williams’ own revelation: to illustrate that prejudiced thinking can and does occur outside of our control as a natural feature of human information processing.

On closer inspection, however, Jesse Jackson’s and Juan Williams’ admissions are not examples of the same phenomenon. The thing that differentiates Williams’ quote is that he was not revealing his automatic biases, as Vedantam’s analysis suggests. Rather, Williams shared—and even later embraced—a very deliberate interpretation of the symbolic meaning attached to wearing “Muslim garb.”

Williams said he gets nervous on a plane when he sees Muslims who convey their religious affiliation through dress. In this sense, Williams equates wearing a burqa with the identity choices we make when we choose to wear a t-shirt as opposed to a tie to work, or the choice to wear baggy versus skin-tight jeans. Of course, in some cases wearing a burqa can be a similar identity choice, but in many, many other cases it is, flatly, a requirement of your religion. Not a choice. And, in our culture that so readily assumes behavior is a matter of personal choice rather than social norms, it is extremely difficult to imagine that in following a given dress code, one may not be flaunting or deliberately communicating an identity, but, rather, simply observing one’s religion. 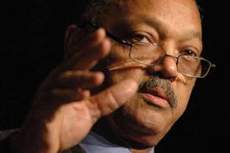 Williams’ words are surprising in that they are subtly prescriptive about how one should dress or behave on a plane—or anywhere else, for that matter. More importantly, however, Williams reveals a misconception about the meaning of clothing for a vast segment of the world’s population, imposing instead an alternative meaning (if you wear this kind of clothing, it means you are communicating a certain stance to the world) on the clothing.

The process of guessing what people are like based on their various identity cues is a very natural process, as the work of psychologist Dan Ames has shown (check out his neat article called “Inside the Mind Reader’s ToolKit” on his website). But it is not an automatic process; it is very deliberative and controlled, characterized by making educated guesses and revising them in light of new information.

The automatic/controlled difference is an important one: where automatic bias is both difficult to control and difficult to change, calculated inferences about others are more amenable to change through learning the correct information. In other words, educated guesses can be changed through education.

Is it not part of Williams’ charge as a journalist to learn, disseminate—and to educate the public with—correct information?

While Mendoza-Denton’s counterpoint to the
Slate analysis is valid, I believer there is a far
more telling problem with Vedantam’s thesis and
analogy as relayed here:

Jesse Jackson was making a ‘boomerang’ comment
- consciously - He was reflecting back on the pain
of recognition that he had bought into the
stereotype of HIS OWN race.  There is a
poignancy in that which is not unlike the well-
known basis for the SCOTUS decision in Brown v
Board of Education:  little black girls were
choosing white dolls out of an internalized
prejudice against their own people.

Juan Williams, by sharp context, was not
revealing a prejudice against or about “his own
people” (already, thankfully, an increasing
archaic phrase), he was perpetuating us vs.
themism - in its most potent context in our 21st
c. world - against another people and not just any
other people but those perceived to be our
“enemy.”  Not the same thing.

a great observation and another point of difference
re: Williams vs. Jackson. On the point of the well-
known white doll/black doll study—check out the
following link as it helps us understand the relevance
for today’s children:

What Williams said I don’t perceive as being prejudice or over the top. I think NPR over-reacted and were to worried with public relations. It’s human nature for our minds to make connections and pop thoughts such as Williams “I felt nervous”, it’s biology - well in this case psychology acting on our biology. I took many school psychology programs and like mentioned in this article, it has a lot to do with choice. Williams made a choice, however his actions could have been inevitably “pre-wired” due to life experiences. I don’t consider Williams a bigot, racist or being over the top / prejudice. I think all humans have a bit of prejudice based on social cues and behaviors they have learned as “ok” or “bad”. These “bad” social ques send signals to our fight or flight responses… It’s natural…

After a few years of digesting this comment, I still feel as if there isn’t the resolution we expected. Has this even helped us move forward on the race issue?