How often does this happen to you: You come home ecstatic about some great news—a job promotion, a victorious tennis match, or maybe just the latest Ben and Jerry’s ice cream flavor—and you immediately relate the experience to your romantic partner, roommate, or anyone within earshot. But instead of sharing your enthusiasm, they greet your news with indifference. Does this quell your excitement, or even make you enjoy the event less?

A recent study published in the Journal of Personality and Social Psychology suggests that when we share positive events with others and are met with genuine interest, we tend to enjoy those events more and feel closer to our confidant. 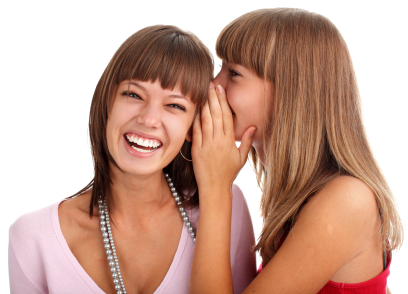 In the study, University of Rochester psychologist Harry T. Reis and colleagues examined the benefits of retelling one’s good fortune to another person. They asked undergraduate students to recall one of the best things that had happened to them over the past few years to someone else (who was actually a confederate, someone working with the researchers).

Over a series of experiments, Reis and his colleagues found that when confederates reacted positively to the participants’ stories—when they smiled, for instance, or made statements like “I’m really happy for you,” or “That’s great!”—the participants felt better about the original event itself and seemed to be in a better mood. What’s more, enthusiastic feedback not only made the original event more enjoyable but led to greater feelings of closeness, trust, and intimacy toward the listener.

In fact, at the end of one of the experiments, the participants were told they would receive one dollar as a reward for participating, but they actually “mistakenly” received two dollars. The researchers found that participants whose stories were received with enthusiasm were more likely to return the extra money.

These results suggest that responding positively to someone else’s news isn’t just important when dealing with close friends or romantic partners. Enthusiastic responses elicit trust and affinity even from people with whom we have very brief interaction, such as job interviewers or people we meet in line at the grocery store.

So the next time your spouse is excited to tell you about his amazing day at work, or a stranger on the bus is eager to share the details of a delicious lunch she just had, don’t just politely nod and move on. Sharing this kind of news is an important part of building and maintaining close relationships. So smile, congratulate them, and enthusiastically shake their hand.  Perhaps their happiness will rub off on you.