Whether it’s reaching a professional milestone, attaining a health goal, or doing a good deed, accomplishments should be a source of pride. But sometimes the warm glow of our success is overshadowed by an unexpected side effect—the not-so-positive reactions of other people.

On the one hand, success can benefit others by providing a source of motivation or inspiration. For example, one study found that cancer patients preferred hearing about patients who overcame their illness to hearing about those who were worse off—the success stories provided them with hope and useful information. And research on basking in reflected glory suggests that we often take pride in the success of in-group members, even if we’re not directly involved in it—sports fans are a classic example. 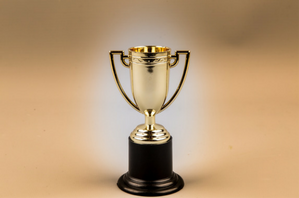 But other times, success is met with less positive responses, and outperforming others can put a strain on relationships and even lead to outright rejection.

One surprising domain where this can play out is in the patient-provider relationship. Researchers recently examined what happens when physicians advertise their physical fitness, a common practice in online profiles. Does a physician’s success in maintaining a healthy weight inspire by example, or does it backfire?

In one study, participants viewed a series of online physician profiles; some mentioned fitness (e.g., “To keep myself fit, I like to hike, bike, and exercise”) and some did not.

The results showed that overweight and obese participants were less likely to say they would choose a fitness-focused physician to be their doctor, and this relationship was explained by a greater anticipation of negative judgment. In other words, participants were less interested in working with physicians whom they believed might disapprove of them based on their weight.

A similar pattern occurs in our perceptions of “do-gooders.” Behaving according to one’s moral principles seems like a laudable goal, but it, too, can make others feel implicitly judged. One study found that when a group of non-vegetarian college students were asked to list three words they associated with vegetarians, nearly half listed at least one negative word, such as annoying, arrogant, or crazy.

Because doing well (or doing good) can mean facing negative social reactions, people are sometimes reluctant to share their accomplishments or highlight their strengths, and might even “play dumb” to avoid making others feel threatened or uncomfortable. While some degree of modesty may be socially appropriate, chronic self-deprecation can be personally costly, especially when it leads to self-defeating behaviors such as intentional failure.

Is there a way to highlight success and expertise without suffering social costs, and without alienating those one may be best positioned to help?

In follow-up studies, the researchers who studied physician choices examined the effects of two potential strategies physicians could use: 1) admitting to fitness struggles, and 2) emphasizing that their own fitness choices are personal and don’t bear on their judgments of others.

The first strategy had little impact on patients’ attitudes. The researchers speculated that this may be because the fitness struggles were framed as relatively minor and part of an overall commitment to healthy living, so the patients’ fear of being judged remained. In some settings, revealing imperfections can be humanizing and increase likability, but this may not always be the case.

The second strategy was more effective: When fitness-focused profiles emphasized non-judgment of others’ choices, both overweight and non-overweight participants tended to find those individuals more appealing. For example, expressing an interest in fitness was less threatening when it was paired with statements like, “It’s important to me that I help my patients to meet their own personal health goals” or “Everyone has their own definition of a healthy life and what it means to be healthy for them.”

These findings suggest that we don’t need to downplay personal triumphs to avoid negative social consequences, as long as we make it clear that we don’t look down on others as a result.

This article was originally published on Psychology Today. Read the original article.