There’s an old saying: “Curiosity killed the cat.” It implies curiosity is bad for you and leads to dangerous risk-taking behavior. But this idea of curiosity is pretty outdated—in humans, at least.

Curiosity—the desire to approach novel and challenging ideas and experiences in order to increase one’s knowledge—has long been associated with intellectual pursuit, engagement with the world, memory, and learning. Now, more recent research suggests that curiosity may also play a role in our social relationships.

Studies have found that people who are curious are often viewed in social encounters as more interesting and engaging, and they are more apt to reach out to a wider variety of people. In addition, being curious seems to protect people from negative social experiences, like rejection, which could lead to better connection with others over time.

Here are some of the ways science suggests that curiosity can improve our relationships. 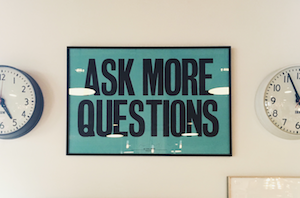 Given that curiosity involves the motivation to experience novelty, it makes intuitive sense that someone who is curious might be better at connecting with strangers. Research bears this out.

In one study by Todd Kashdan of George Mason University and his colleagues, participants were paired with a trained “confederate” (someone working with the researcher, unbeknownst to the participant) to engage in an intimacy-building conversation. The pairs took turns asking and answering a series of questions that moved from less to more intimate in nature—e.g., If you could invite anyone, living or dead, for dinner and conversation, who would it be and why? When did you last cry in front of another person? (The confederate was trained to respond with the same answers, regardless of the participants’ answers.)

Participants filled out questionnaires before and after the conversation that measured curiosity, positive and negative emotion, and social anxiety levels (how comfortable they were in social situations). Afterward, the confederates rated how attracted and how close they felt to their conversation partners, and participants tried to predict how well they came across.

Results showed that the confederates were more attracted and felt closer to curious participants than those who were less curious. In addition, curious participants better predicted how well they were received by confederates. Even when considering how much positive and negative emotion and social anxiety the participants felt—all factors assumed to impact social interactions—curiosity still had a unique link to intimacy scores, suggesting curiosity is a trait that might aid social closeness.

And the benefits seem to go both ways. In another study by Kashdan, participants were prompted to have intimate conversation or small talk with other participants they hadn’t met before. After actually engaging in these types of conversations, the more curious people felt closer to their partner in both situations, while less curious people did not.

“When you show curiosity and you ask questions, and find out something interesting about another person, people disclose more, share more, and they return the favor, asking questions of you,” says Kashdan. “It sets up a spiral of give and take, which fosters intimacy.”

Curious people may also be better at “reading” others. In one study, 96 participants filled out questionnaires rating their own personality traits and how socially curious they were—meaning, how curious they were about how other people think, feel, and behave. Then, they were randomly paired and told to interact for 10 minutes before guessing the personality traits of their partner. Those who were highly curious were able to better predict the extraversion and openness levels of their partners than those who were not very curious, purportedly because they were more accurate in picking up verbal and nonverbal cues.

Taken together, these studies suggest that the quality of curiosity can help people to connect better with others, even strangers. 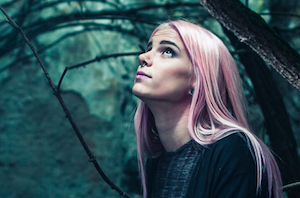 We all can encounter difficulties in our social relationships from time to time. But there is some evidence that being curious helps you to deal better with those negative situations.

In a study conducted in Japan, researchers surveyed 20-39 year olds on their overall curiosity as well as their life satisfaction, sensitivity to social rejection, and experiences with social rejection and social inclusion. To measure sensitivity to rejection, the participants were asked to read nine hypothetical situations and report how much anxiety or concern they would feel in them, and how likely it was that the other person in the scenario would be accepting of them. For social inclusion and exclusion, participants reported how often they experienced things like receiving invitations or having friends deny their requests.

Analyses showed that, even when they faced social rejection, curious participants were less likely than their less-curious peers to experience reductions in life satisfaction or increases in depression. In the case of life satisfaction, this was true even for those who were more socially anxious. In other words, something about staying curious might allow us to recover more quickly from social rejection—an experience that can feel devastating.

Besides rejection, aggression is another behavior that can be destructive to relationships—and curiosity may help with that, too.

Another study compared how curious people behaved in various emotionally charged situations. In one two-week experiment, participants were measured on personality traits (including curiosity) and asked to report daily on any social experiences that provoked feelings of hurt, how they responded to the hurt, and how close they felt to the person who hurt them. More curious participants reported less aggressive responses toward those who caused hurt feelings than participants who were low in curiosity, while other personality factors like openness and conscientiousness did not impact aggression levels.

In another experiment, romantic partners performed a competitive task that involved seeing who could push a button faster. The winner was then told to choose the length and intensity of a loud blast of noise that the loser would suffer. The researchers found that more curious partners were less likely to choose to aggressively punish the loser—meaning, they chose shorter and less intense noise blasts—than those who were less curious. This was particularly true when the relationship was newer—and it couldn’t be accounted for by the curious partners’ self-control, mindfulness, or narcissism.

According to Kashdan, this may have to do with curiosity’s connection to perspective-taking. He suggests that because curious people are motivated to learn and understand different viewpoints, rather than judging others, being curious may help in conflict situations.

“Self-regulation is great—you can control your reactions in emotional encounters,” he says. “But if you don’t engage in perspective-taking, the conflict will continue to simmer.”

Not only might being curious help us recover from negative social experiences, it seems to foster more positive ones, as well.

In a series of experiments, participants high or low in social anxiety were paired with same-sex partners (confederates) to engage in conversations designed to build intimacy, or paired with opposite-sex partners (also confederates) for intimacy-building conversations or small talk. Participants reported on their positive and negative emotions at different points in the conversations, and these were compared to their social anxiety scores.

Participants who were highly anxious tended to experience more negative emotion during small talk than in more intimate conversations. However, those high in curiosity experienced more positive emotion in their conversations compared to less curious participants no matter what the context was—same or opposite sex, intimate conversation or small talk. This suggests that curiosity breeds positivity in social situations, even for those who are socially anxious.

Indeed, curious people are generally rated more positively in social encounters. In one study, curious participants who’d been videotaped conversing with a stranger for five minutes—with the only prompt being “talk about whatever you’d like”—exhibited more “positive emotional expressiveness, initiation of humor and playfulness, unconventional thinking, and a non-defensive, noncritical attitude” than non-curious people.

Kashdan says that curiosity seems to help in longer-term romantic relationships, where keeping interest alive is key to preventing breakups. He points to research by Arthur Aron that found most relationships don’t end because of conflict or financial difficulty, but because of boredom. Engaging in novel, interesting activities together can be key to making even long-term relationships closer, he says.

This and other research suggests that curious people bring many positive qualities to their social interactions, making them more enjoyable for everyone.

Can curiosity be enhanced? 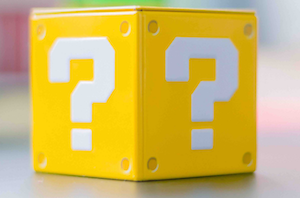 Curiosity seems to benefit social encounters—or, at least, curious people fare better socially. But the million-dollar question remains: Can curiosity be trained, or is it a fixed trait?

According to Kashdan, no one knows for sure—there has not been a lot of research to uncover the answer. But many positive social traits—like generosity, compassion, and empathy—appear to be trainable, and that suggests curiosity is, too. Given that curiosity naturally fluctuates throughout one’s day, it can probably be piqued by deliberate actions or supportive contexts.

When it comes to social interactions, Kashdan suggests that you “fake it ‘til you make it.” Asking open-ended questions—those where the answer is truly unknown to the inquirer—and showing interest and asking follow-up questions are likely to make a responder go deeper, which will likely produce more curiosity in you.

“If you can pop out the open-ended question, the person often gets so excited and reveals so much more that you end up getting interested naturally,” he says.

Curiosity can be difficult, of course. Sometimes, we’re afraid of interacting with those who are different from us or who might seem intimidating in some way—maybe they are super attractive, intelligent, accomplished, or cool. But giving in to these obstacles will more likely lead to remorse than happiness, Kashdan says.

“What we know from science is that our greatest regrets don’t come from trying and failing, but from not approaching at all. That inaction bothers us more,” he says.

Instead, he argues, the road to a good life is paved with curiosity. If we seek to uncover what’s most interesting in each other, we will augment our relationships, and that in turn will lead to more happiness.

“You may not be able to change your happiness by turning a dial, but you can change your curious mindset—you can make yourself more curious—in the moment, and that will make a big difference in your life.”