What was a memorable moment of awe in your life? 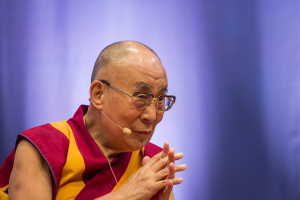 In a study I conducted with collaborators Yang Bai and Maria Monroy (under review), we provided people with the definition of awe—“being in the presence of something vast and mysterious that transcends your current understanding of the world”—and then they wrote their own stories of awe.

The participants were from 26 countries, including adherents to all major religions, as well as denizens of more secular cultures (e.g., Holland). Our participants varied in terms of their wealth and education. They lived within democratic and authoritarian political systems. They held egalitarian and patriarchal views of gender. They ranged in their cultural values from the more collectivist (e.g., China, Mexico) to the more individualistic (e.g., the United States).

Speakers of 20 languages at UC Berkeley translated the 2,600 narratives they produced. We were surprised to learn that these rich narratives from around the world could be classified into a taxonomy of awe, the eight wonders of life, from collective rituals to sudden intellectual epiphanies.

What most commonly led people to feel awe? Nature? Spiritual practice? Listening to music? In fact, it was other people’s courage, kindness, strength, or overcoming—actions of strangers, roommates, teachers, colleagues at work, people in the news, characters on podcasts, and our neighbors and family members. Around the world, we are most likely to feel awe when moved by moral beauty: exceptional virtue, character, and ability, marked by a purity and goodness of intention and action.

Over 95% of the moral beauty that stirred awe worldwide was in actions people took on behalf of others. Acts of courage are one kind of moral beauty with sublime potential. People using CPR to revive victims of heart attacks, parents raising children with serious health conditions, bystanders interrupting crimes or defusing fights, and organizations like Doctors Without Borders all inspire awe. Here is a story of lifesaving, courageous awe from Chile when a 17 year old went fishing with his brother and friend:

The line got stuck meters into the lagoon. Our friend jumped into the water to free the nylon and started sinking so started yelling for help, my brother despite not being a good swimmer he jumped in to save him. The moment my friend felt my brother’s body, he clung to him by his waist so both of them started drowning. . . . Out of nowhere, a man in a bathing suit came running, jumped into the water and saved both of them. It was a miracle that the person was there.

Others’ kindness was evocative of awe around the world: having car repairs paid for by a restaurant owner; being given money by friends when broke; seeing citizens assist strangers in the streets; reading about moral exemplars, most frequently the Dalai Lama. This story from the United States combines courage with compassion:

1973 at my cousin’s restaurant. My father worked there as a bartender. I was there and my best friend from high school walked in. He is Black and I am white and I had not seen him in five years. I stood and embraced him and we began to talk. A guy at the bar said to my father, “How can you allow your son to have a N as his friend?” My father looked at this guy and loudly told him to get out of his bar and never come back. I have never been more proud of my father, who was 59 years old at that time.

Overcoming obstacles was a universal as well: People thriving despite profound racism and poverty. Jews who had survived the concentration camps. People who transcend mental and physical challenges, as in this story from South Africa:

When watching my daughter, who was born with bilateral club foot, dance in a ballet recital for the first time I was filled with awe. . . . I felt the beginning of tears in my eyes and my heart felt like it was going to burst with pride. I had flashbacks of the time when she was born with her feet upside down and I felt awestruck by how far she has come since that day years ago.

We often turn to literature, to poetry, to film, to art, and, on occasion, to the news for inspiring stories of overcoming and goodness. Here is such an example from Norway:

When I read an article in the paper about an eight year old girl in Yemen who had run away from a forced marriage and taken up the fight against her parents in the judicial system. It hit me how much courage and fighting spirit that can live in a person, and that you can fight for your cause and actually make a change.

Finally, others’ rare talents brought people awe around the world. For a young man from Mexico, it was the trapeze artist and contortionist in the Cirque du Soleil. For a woman in Sweden, her husband’s strength in moving large household objects around the home. For an Australian, watching swimmer Sun Yang’s last 100 meters in a 1,500-meter world-record swim. For another Australian, watching surfers ride 50-foot waves. For a student in Japan, listening to a talk by a Fields Medal–winning mathematician. 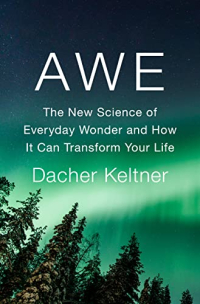 Parents’ stories about their children were also common—listening to a fetus’s heartbeat, hearing a one year old’s first word, seeing a two year old gallop, being in the audience at a grammar school dance performance. Children are small, but their development is vast, and a source of awe for parents on their better days.

Everyday moral beauty can transform lives. Steven Czifra grew up in a home that was so violent that one night one parent threw boiling water on the other; he doesn’t remember who it was. He dropped out of school at 10, got into drugs, shaved his head, and ran with a Mexican gang. One day he broke into a parked Mercedes to steal its stereo the very moment the owner, who happened to be an LAPD officer, arrived.

It was everyday moral beauty that transformed him. In solitary confinement in prison, he encountered a knowing librarian who fed Steven’s hunger for reading. Upon his release from prison, at a halfway house, Steven tells me, a biker got him off drugs and a job clearing brush for $70 a day. More moral beauty. Later, at a community college, a Shakespeare teacher named Larry taught Steven to read Milton like a literary critic, and that the self-loathing in his mind was just that, thoughts, fleeting notions from parents who could have done better. Steven, now in graduate school, would cofound the Underground Scholars Initiative at UC Berkeley. This is a network of formerly incarcerated students guiding people in prison and just out to make their way to college.

Within the study of morality, it has long been the view that we find our moral compass in the teaching of abstract principles, the study of great texts, or the leadership of charismatic gurus and great sages. In fact, we are just as likely to find our “moral law within” in the awe we feel for the wonders of others nearby.