When a government commits a wrongdoing, how can it atone and mend relationships with the people harmed?

Far too often, the process of forgiveness and reconciliation becomes stalled from the outset when political groups do not apologize for their offenses, sometimes waiting months or years. For example, it wasn’t until 1988 that the the United States government offered a formal apology and reparations to Japanese Americans who were held in internment camps during World War II. An even more delayed apology occurred in 2008, when the United States passed legislation apologizing for slavery. 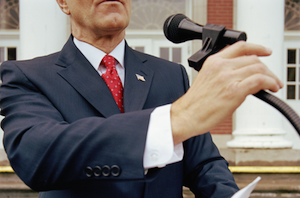 In other words, political apologies often happen long after the fact. In these cases, can they still work to heal relationships?

Prior research has found that group apologies don’t always work to promote forgiveness, perhaps because such apologies are not always seen as trustworthy. Since forgiving others can help to repair relationships between groups and may even improve the forgiver’s psychological well-being, it is important to understand when group apologies actually lead to forgiveness.

In a study published earlier this year in the journal Political Psychology, researchers found that when an apology occurs could affect whether it results in forgiveness. Apologies offered long after the initial wrongdoing risk not being well-received.

The researchers asked 164 Australian participants to read about a scenario (adapted from real events) in which Australian graves in a war cemetery were desecrated by citizens of another country. They then read one of three versions of what happened next: The perpetrators’ government apologized for the event almost immediately, the apology occurred one year later, or the rest of the story didn’t include an apology.

The researchers found that people were most likely to want to forgive the perpetrators when the apology was offered immediately. Additionally, an immediate apology was seen as more sincere than one offered a year later—and this partially accounted for why participants felt more forgiving in the first case. When apologies are late, the researchers hypothesize, people may suspect that the offender is only apologizing for the sake of public image, rather than out of genuine concern for them.

However, what happens if a group is finally ready to apologize for an incident that happened years or decades earlier? Could it still apologize in a redeeming way?

The researchers asked almost 150 American participants to read about the same scenario as in the first study (but involving American graves). This time, however, they added a new version wherein the government not only apologized but also announced that it would establish a “national day of remembrance” in order to make sure that the event would not be forgotten.

The researchers found that establishing a day of remembrance was seen as more sincere, and more likely to encourage forgiveness, than simply offering an apology. In fact, participants were just as forgiving (if not more so) of an apology and a day of remembrance offered one year later compared to both offered immediately, perhaps because they value the time taken to reflect on the wrongdoing.

This suggests that late apologies can still be effective if the offenders show that they genuinely feel guilty about what happened, are committed to remembering the event, and make an effort to understand the victims’ perspective. As the researchers note, the group responsible needs to “[invest] time and energy in coming to terms with their guilt and developing an appropriate response.”

In other words, it may never be too late to apologize. When countries, corporations, or other groups fail to offer an initial apology, steps can still be taken to repair relationships. Specifically, perpetrators can make a delayed apology more sincere and meaningful if they provide more than just words—such as a day of remembrance, a memorial of the event, or some other type of commemoration.

As the authors explain, understanding what makes an effective apology can help promote the best outcomes when victims are open to forgiving and offenders are genuinely remorseful. They write, “In the end, it is about better ways to overcome injustice and unnecessary conflict, restoring social relations for a more peaceful world.”