“Am I being too dependent?” my 20-year old daughter asked as I sat on the floor, sorting her shirts. In a single day, I had helped her move out of her college dorm and into an apartment in San Francisco, where she was beginning a summer internship.

That question reflects the concern of many of her peers—and their parents too: How much help from a parent is too much? 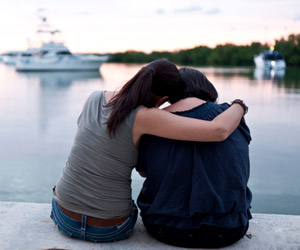 As a developmental psychologist immersed in these issues, I know the answer is not always obvious. Young adult development has changed a lot in the last half century. My parents’ generation achieved the common markers of adulthood—romantic partners, careers, home-buying, children—by their late teens, while my generation achieved ours in our early-to-mid-20s.

But my children’s generation is reaching financial independence later—thanks largely to a struggling economy, unstable employment, high housing costs, and low wages—delaying full adult responsibilities into their late 20s and even early 30s.

Because of this trend, some scholars have begun calling the period when one is 18-25 years of age “emerging adulthood”; others are calling 18-34 years “early adulthood.” But whatever the label, it’s clear that many consider this age group not fully independent. This leads parents to question their role in offering further support—or not—during this crucial period.

Not surprisingly, parents—and young adults themselves—are unsure of what “normal” is in this new landscape. It doesn’t help that the media leads us to believe that parental support in early adulthood is abnormal and detrimental, referring to it derogatorily as a form of “helicopter parenting.” Popular articles tell us that helicopter parenting makes parents unhappy and turns kids into depressed, anxious narcissists who are overly dependent on their parents.

But 25 years of scholarly research paints a different picture. Not only is help from parents now normal—for today’s young adults, it may be necessary.

Parental help is common
A study published in the August 2012 issue of Journal of Marriage and Family found that both young adults and their parents thought that intense parental support was abnormal. Karen Fingerman, Frank Furstenberg, and colleagues, surveyed 592 grown children (average age 24) and their parents in the Philadelphia area to find out how they felt about intense parental help. Intense help was defined as six kinds of support—emotional, practical (e.g., running errands), companionship, advice, financial support, listening—several times a week, offered in a deep way.

About a fifth of the grown children thought they received intense support from their parents—though more parents, about a quarter, thought they were giving intense support. Both parties thought that the support was abnormal—that it was too much, more than is “normally” required. The authors blame the conflict and guilt on popular culture, for portraying grown children who receive support as poorly adjusted and overly dependent. Popular media, it seems, penetrates the public consciousness more than science or actual norms.

What is the norm? Sociologists and psychologists have found that a majority of today’s young adults receive assistance from parents.  A study based on census data from over a 30-year period found that American parents spend an average of $38,000 on each child aged 18-34, or about $2,200 a year for education, housing, food, or cash. Families with higher incomes spend about three times that of families with low-incomes, and family spending rates are rising over time due to the longer, more challenging road to independence.

Parents also offer the valuable resource of time to their young adult children: Regardless of income levels, parents give an average of 367 hours of family help per year even when their grown children live away from home.

And finally, the number of young adults returning home to live with parents fluctuates with the economy. In 2011, according to census data, 19 percent of males and 10 percent of females aged 25-34 were living with parents, up from 14 percent and 8 percent, respectively, in 2005—before the current recession. Most of the returning adults stay at home for less than two years.

Both the census data and smaller studies show that parental assistance tends to taper off as children enter their early thirties. Sociologist Teresa Swartz and her colleagues at the University of Minnesota looked at longitudinal data on 712 local high school students for a 12-year period. Over half of the young adults received financial or housing support from their parents. However, by the time the young adults reached their early 30s, only 10 to 15 percent received help. As the children began to succeed, the parents stepped back.

Parents do not only help with the normal age-related transition to independence—they also respond flexibly to each child’s unique situation. Swartz and colleagues found that parents’ assistance fell into two broad categories:

It seems that parents continue to reach out, both to help their children achieve their goals, and to protect them from falling too far.

Parental support helps launch kids
Maturity is a complex undertaking. Even though Americans value independence, developmental psychologists, along with many parents, recognize that assistance in early adulthood facilitates rather than undermines a child’s eventual independence. Many studies show that when grown children receive the support they desire, they have a better sense of well-being. However, parents’ help is useful only if it is welcome—intrusive, overbearing, or unwanted help can undermine a young adult’s confidence and sense of agency or autonomy. But according to the research, most parents seem pretty good at gauging this. 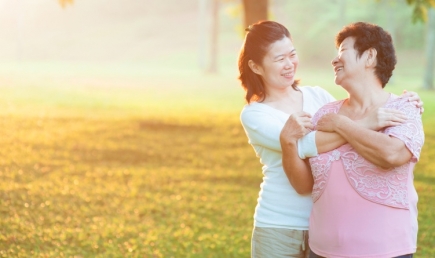 Returning home can allow young people to leave dead-end jobs, get more training, or make college more feasible. Time spent talking, processing, guiding or listening, can enhance life skills, clarify career choices, and develop psychological understanding, all contributing to the gradual transition to adulthood. A recent study showed that young adults in their mid-twenties who received support from parents had clearer goals, better psychological adjustment, and higher life satisfaction than grown children who did not receive such support.

Urie Bronfenbrenner, one of the most famous developmental psychologists, called the family, when it works well, the “most elegantly designed social service system.” Psychologists believe that the attainment of adulthood continues to be a “joint enterprise” between parents and their growing children. Family members are indeed linked over the lifespan, supporting transitions and easing one another into new stages of life—and often later, these very children will, in turn, offer support to their aging parents.

So, I was able to answer my daughter’s question confidently: “No, you’re not overly dependent.”  I’m happy to step in and give her a boost once in a while—and I do it with the knowledge that I’m not stunting her adult development. In fact, it appears I may be enhancing it.

Thank you so much for this article! Very reassuring!
I’ve always felt badly for being involved, even though I
thought it was the right thing.