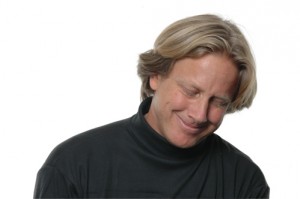 Most people try to hide their blushes when they're embarrassed. Some have even gone so far as to undergo a surgical procedure that prevents their face from blushing. But new research suggests that rather than being something we should cover up, a blush actually serves an important role in smoothing social interactions.

In a recent study, published in the journal Emotion, researchers from the University of Groningen in the Netherlands had participants read vignettes about various social transgressions—driving away after a car crash or cheating on an exam, for example—and mishaps such as spilling coffee on someone or steering a bike into the bushes.

The results showed that blushing people were judged more favorably than non-blushers, regardless of the other emotional cues on their face. In addition, compared with non-blushing faces, participants more quickly understood when blushing faces were conveying shame or embarrassment.

The researchers argue that blushing signals a sincere acknowledgement of wrongdoing, and communicates to others that we won't make the same mistake again. As result, they conclude, blushing might prevent people from being socially excluded after they've committed some kind of transgression.

"Although most people consider blushing to be an undesirable response," they write, "our results showed that in the context of transgressions and mishaps, blushing is a helpful bodily signal with face-saving properties."

For more on the social importance of blushing and embarrassment, check out Greater Good Executive Editor Dacher Keltner's May essay, "Born to Blush."

When man caught doing some misdeed he express his shame with blushes.It is foolishness to make surgery to hide blushes

But there is a difference between normal blushing and pathological blushing.  Blushing in situations that are not appropriate to the situation is not socially adaptive.  I have not read the journal article but the vignettes described above suggest that they did not address this important distinction.

I am wondering if blushing ever becomes a non-automatic response in the later phases of human development?  Do well practiced folks like the Dalai Lama ever outgrow the “need” to gesture in this way in order to maintain social connection?
——-