This article is the seventh in a series exploring the effects that unconscious racial biases have on the criminal justice system in the United States. 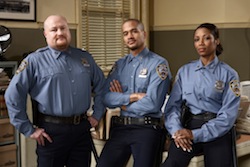 There are inequities at every level of the criminal justice system. As a result of disparities in arrests and prosecution, there are many more African-American and Latino males in jail than any other racial groups. They are also vastly more likely to be killed by police.

As research has shown, this is often not the result of overt racism. Rather, more and more studies are finding that the accumulation of unconsciously biased, often split-second, decisions drive the arrests, shooting deaths, and incarceration of black and Latino men.

Implicit bias describes the automatic association people make between groups of people and stereotypes about those groups—stereotypes that even members of the targeted group can internalize. More than three decades of research in neurology and social and cognitive psychology has shown that people hold implicit biases even in the absence of heartfelt bigotry, simply by absorbing messages from the media and world around them.

But how can we correct for implicit bias in law enforcement? In my 25 years of work as a police officer, and then in my work as director of Research Partnerships for the Center for Policing Equity at UCLA, I’ve discovered some promising solutions.

Here are three of them.

1. Raise awareness of implicit bias among police leaders and officers

There is no silver bullet or single set of policies that can stop the influence of implicit bias during decisions that occur at multiple points in the justice system.

That’s why change should begin with a widespread understanding about implicit bias and how to recognize it in ourselves. Introducing the concept of implicit bias through conversational training allows for discussion of how the brain creates and stores stereotypical references.

The awareness training has to begin at all levels within the police organization but the most important level of understanding has to begin with police leadership. There are still a number of individuals in leadership and management positions who don’t believe implicit bias is an issue, and furthermore don’t understand what’s happened between the police and community, especially with decades of lower crime rates as proof of a functioning relationship. That’s why awareness and training needs to start with supervisors—how it can affect themselves as well as their officers and the entire department.

The IAT (Implicit Association Test) is another mechanism that can help raise awareness of implicit bias. IAT’s can be found online and they are designed to measure the strength between stereotypical associations. They can be used as a supplement to conversational training and often provide more privacy for those who are not ready for a public conversation. The combination of implicit bias introductory trainings/conversations can begin to ease the tension of being identified as a racist and eventually open up to someone else’s experiences.  We know that conversations and IAT tests won’t create “a-ha” moments for everyone, but this is a start.

Finally, creating a collective empirical picture of bias at work can raise awareness. The San Jose Police Department faced concerns that officers conducted pedestrian stops in a way that disproportionality affected young men of color. San Jose PD had their data analyzed with the focus on officer interaction, a process that raised awareness within the department of the existence of bias. The report concluded that officers have a significant impact on the “culture” of equitable treatment.

2. Transform the conversation between police and the community 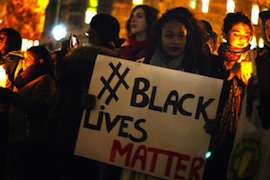 When a police department cultivates a diverse workforce, preferably hiring from the community it serves, it doesn’t just send a message of equality to that community. It also creates the conditions within the department for contact between groups that can reduce negative implicit bias among officers, particularly when the leadership makes a special effort to facilitate dialogue and positive experiences.

“Community policing” can help as well—an approach that encourages officers to build relationships with the people in the neighborhood. This is potentially a two-way street, for it may reduce the biases that residents may hold against the police as well as any police hold against residents. A greater awareness of the role bias plays in their interactions will help move the community-police relationship into a space where cooperation can take root.

In Ohio, some departments have experimented with community contracts that spell out needs and expectations on both sides. While not perfect, the conversation that created it put unspoken assumptions to the test, and created a working understanding of how community and police believe their interactions should go and what safety looks like to them.

3. Put policies in place to limit the impact of bias

The Las Vegas Metropolitan Police Department evaluated their use-of-force data and identified a specific interaction that was resulting in excessive force: foot pursuits, especially with young men of color. They made a simple policy tweak that proved to be enormously effective: if you are the pursuing officer, you are not the same officer that puts the handcuffs on the suspect.

This training policy adjustment disrupted the strong emotions that often felt by both the officer and individual being arrested, who might be entangled by feelings of fear or anger that can lead to unnecessary violence. In creating this approach, Las Vegas Metropolitan PD reduced their use of force incidents following a foot pursuit by 23 percent. This this kind of policy evaluation not only reduced use of force but proved to be a safer approach to apprehending the suspect.

Of course, some states and departments have implemented policies that simply state that race can’t be a factor, or can only be one factor, in decisions to stop a vehicle, make arrests, and so on. For example, Connecticut’s statute on racial profiling tries to limit the officer’s discretion:

The race or ethnicity of an individual shall not be the sole factor in determining the existence of probable cause to place in custody or arrest an individual or in constituting a reasonable and articulable suspicion that an offense has been or is being committed so as to justify the detention of an individual or the investigatory stop of a motor vehicle.

Policies must extend to discipline, and must distinguish explicit from implicit bias. If an officer does show a tendency toward explicitly discriminatory behavior, the issue must be quickly and effectively addressed by a supervisor, preferably backed up by clear policies like the one in Connecticut. However, in cases of possible implicit bias—patterns that might be occurring outside of the officers’ conscious control—it may not be appropriate to formally discipline the officer. Instead, the best response is facilitating positive contact across groups, conversation, and training that aims to raise awareness of implicit bias.

I’m extremely hopeful when it comes to policing. As an officer, I learned to understand my own impact on certain communities and learned to overcome defensiveness when I was simply trying to do the right thing. We’re all subject to those emotions, but making officers aware of the role implicit bias plays in their interactions will go a long way in keeping them and the communities they serve much safer. I have the same hope for communities who have endured historical and ongoing negative interactions in the name of public safety.

By cultivating awareness of our own biases, the conversation can change and ultimately provide a path to true community policing.