Robert Reich has been one of the most prominent critics of these growing inequities. Reich, who is now a professor of public policy at the University of California Berkeley, has served in three national administrations, most recently as secretary of labor under President Bill Clinton, where he implemented the Family and Medical Leave Act and led a national fight against sweatshops in the United States and illegal child labor around the world. He has also written 11 books, including The Work of Nations, Locked in the Cabinet, and most recently, Supercapitalism. 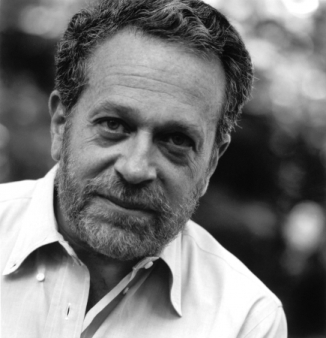 Reich’s writings and lectures stand apart from those of other critics who focus on inequality. He doesn’t settle for easy condemnations of outsourcing or offshoring, nor does he think such effects of globalization can be easily undone. At the same time, he rejects the idea that these changes need result in greater disparities of wealth.

Instead, Reich attributes rising inequality not only to structural economic changes but to how Americans, and their policy makers, have failed to meet the social challenges posed by the new economy. While others point fingers at the government or big corporations, Reich also holds a mirror up to American society.

To Reich, rising inequality is intertwined with a breakdown of Americans’ social contract—the norms, mores, and values that dictate their mutual commitments and responsibilities to one another. In this fall 2004 interview with Greater Good, Reich explored the political implications of our emotions and values.

GREATER GOOD: What does empathy have to do with inequality?

ROBERT REICH: Any society depends upon empathy in order for people to be able to answer the question, What do we owe one another as members of the same society?

Indeed, without empathy, the very meaning of a society is up for grabs. Margaret Thatcher famously declared that there was no such thing as a society. There might be a nation, for strictly political purposes, there might be a culture, in terms of tradition, but a society, she felt, was a construct without meaning. I disagree. I think that we have all sorts of societies. Some of them are very tight: clubs, religious affiliations, friendships, neighborhoods. Some are much larger, extending outward in concentric circles from us as individuals. And we are bound by feelings of empathy and affiliation. Those feelings inspire us to come to the aid of those within these concentric circles.

RR: Rising inequality itself is an indicator of a breakdown in the social contract. It means that for a variety of reasons, those who have resources—and political power—are not taking steps to ensure that large numbers of others in the same society have opportunities to better themselves and have the resources they need to become full-fledged members of that society. Wide inequality suggests that we may not be living in the same society any longer. In fact, it could be argued that we’re drifting into separate societies: one very rich, one very poor, and one a middle class that’s increasingly anxious and frustrated.

GG: How did this happen? Is it a new phenomenon?

RR: It’s happened before in the United States in the 1880s and 1890s, the so-called Gilded Age. Inequality of wealth and opportunity were extreme. In happened again in the 1920s—not quite to the same degree as the 1880s and 1890s, but inequality was very wide in the ’20s. It is happening now for a third time. Now we can have an interesting debate about cause and effect—that is, is inequality the effect of dwindling empathy and a reduction in social solidarity? Or is inequality somehow causing it, to the extent that people who are very wealthy no longer come in contact with people who are poor and no longer feel the empathy that comes from contact? It’s probably both.

GG: So what are some of the broader factors contributing to widening inequality today?

GG: If we’re not part of that group, why should we care about inequality?

RR: In very narrow, selfish terms, we might care because those of us who are well positioned might not want to bring up our children in a society that is sharply divided between rich and poor. That kind of society has a very difficult time coming to decisions, because the winners and the losers are so clearly differentiated. Democracy itself can be undermined. Violence, crime, and demagoguery can result. The experience of living in a country with a lot of disparities of wealth, income, and opportunity may be unpleasant. And that society as a democracy may be increasingly dysfunctional.

GG: With changes in wealth resulting from broad technological shifts and globalization, what can people do on a local or individual level to address growing inequality?

RR: Many things. There are many public policies at the federal, state, and local levels that can reduce inequality without necessarily reducing the benefits of technology and globalization. I teach an entire course about these policy areas. They range from improved education, job training, and early-childhood education all the way through the earned income tax credit, minimum wage, macroeconomic policies, and many others. There’s no magic bullet. But it is important that the United State becomes more aware of what is happening and why widening inequality poses a danger. We don’t have to be economic determinists and throw up our hands and assume it’s inevitable. There are steps that can be taken.

GG: Are there policy steps that can be taken to address dwindling empathy in particular that would in some ways motivate people to care more about inequality in the first place?

RR: Yes. We know from history in this country and elsewhere that empathy is related to facing common challenges. The more people feel that they are in the same boat, the more they empathize with one another. Do we face a common challenge today? Of course. Terrorism. Global warming. An aging population. All of these and many others are common problems we face. The art of leadership is the art of enabling people to understand their commonalities and to build empathy upon that sense of commonality.

GG: And do you see that art practiced by our public leaders today?

GG: So if people aren’t in a position right away to be public leaders or effect policy change, what do you hope will change in their consciousness? What could they start to do tomorrow?

RR: I hope they have a sense of their own power and their capacity to inspire others. Too many people in this country today are discouraged, if not cynical, about the possibilities for reform and progressive change. And yet the climate is ripe for it. People are waking up to some of the large problems—the social inequities in this country and around the world—that are beginning to haunt us. If we do nothing, they will simply get worse. An individual working alone has limited capacity, obviously. But individuals coming together—in their communities, in their neighborhoods, in their small societies—and linking up with others in other communities and neighborhoods can accomplish a huge amount.