When you think about teenage peer pressure, plenty of images likely come to mind. Perhaps a classic after-school TV special or dramatic D.A.R.E. program skit with a dimly lit basement and one friend saying “Come on, everybody’s doing it.” Indeed, a good deal of prior research has focused on direct forms of pressure between friends.

But if these images don’t fully resonate with your own memories of high school, you may be onto something. New research suggests that although these direct forms of pressure may exist, teens likely are influenced in other, more indirect ways, too. 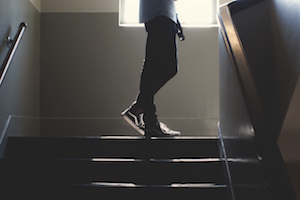 Think back to high school. You probably had a pretty good sense of who the cool kids were, as well as who was getting high or having sex or who was studying all day long. Everyone knew what was going on, right?

But what if we were all wrong?

It’s a classic high school version of “Keeping Up with the Joneses” that may place some teens at risk for unhealthy or even dangerous outcomes.

So how did we find this out? We examined the perceptions of over 400 high school students at two different schools over the course of several years in two separate studies on peer influence.

In the first phase of the study, 235 10th graders were studied at a middle-income, suburban high school in the Northeast. First, they identified which of their peers belonged in which social crowds—the jocks, popular kids, burnouts, and nerds—using a validated system of peer nominations. Within this process, students could nominate which of their peers belonged to which crowd, and researchers could create standardized scores based on how often individuals were nominated.

It may come as no surprise that the jocks and popular teens consistently emerged as the highest-status groups in the school. These teens were well-liked, respected, and at the top of the social hierarchy.

What is surprising, though, is how much teens consistently overestimated the risk behaviors of their peers. In virtually every case, the jocks and popular teens did not use more substances, have more sexual partners, or break the rules any more than all the other kids at school. But they were perceived as doing all these risky behaviors a lot.

And these misperceptions also ran in the opposite direction. Take studying, for example—a decidedly less “cool” thing to do during adolescence. Teens over-attributed studying to the nerds by far, even though the nerds really didn’t study more than anyone else in the school.

In short, the teens saw their peers through a caricatured lens. Jocks must be exercising and having sex all the time, then partying all weekend with the popular kids, right? Because that’s what the cool kids do. And nerds must be studying every waking moment…because they’re nerds. But these caricatures were simply wrong.

Perhaps if the research stopped here, you’d have an interesting tidbit to share at your next high school reunion. “See, we really weren’t all that different after all!” But there’s more. And this is where the misperceptions become concerning from a public health perspective.

In a second phase of the study, a separate group of 166 ninth graders from a rural, low-income high school in the Southeast provided the same information—who are the cool kids, how much do you think those kids smoke cigarettes, drink alcohol, and smoke pot, and how much do you actually use those same substances? Only this time, the students were followed until the end of their junior year.

Not only were the cool kids misperceived all over again, essentially replicating the findings of the first study, but the misperceptions mattered. Thinking that the cool kids engaged in more substance use as a ninth-grader predicted a faster rate of growth in your own substance use over the high school years. Of course, many youth may increase their substance use over those years anyway. But these findings showed that the rate of increase was much steeper among those who misperceived the social norms the most.

As you can see, this type of indirect “pressure” to keep up with the social norm is quite different from the “Come on, everybody’s doing it” pressure we often warn teens about. It is also difficult to address. Some prior work has attempted to explicitly teach young adults about the “real” social norms. For example, fliers around a college campus might tell students exactly how often other students at their school drink alcohol.

Unfortunately, these campaigns typically are unsuccessful—either because they are easily dismissed as outright lies or because students think those “average” numbers don’t apply to their specific fraternity, sports team, or social group. Additionally, there is always a risk that these campaigns inadvertently could suggest to infrequent substance users that they are “underperforming” compared to their peers—certainly not a winning public health message to spread.

At the end of the day, more research is needed to understand how best to intervene with teens. But the current work does show one clear message: all the cool kids are not doing it. Or at least not as often as you may think. Whether you’re a high school freshman or an adult surveying your own social landscape, this is probably an important message to keep in mind. Because striving to meet what you think is supposed to be the social norm seems to be a losing battle.

This article was originally published by The Conversation.