This week marks the four-year anniversary of the devastation of New Orleans by Hurricane Katrina. As hurricane season begins again this year, some are left wondering how the survivors of the storm have been coping with their losses.

This is a question I thought about a lot during a recent trip I took back to New Orleans, which is where I grew up. So I was intrigued by a recent paper, published in the journal Psychology of Aesthetics, Creativity, and the Arts, that examines the link between creative thinking and resilience after Katrina. 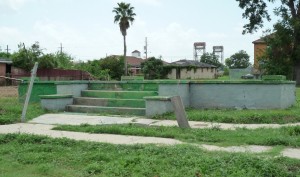 The paper's author, Einat Metzl, an art therapist and marital and family therapist at Loyola Marymount University, conducted in-depth interviews with 17 Katrina survivors and administered psychological tests to 80 more who lost their homes. She found that lower-income people and ethnic minorities who had two types of creative thinking-flexibility and originality-seemed to do a better job of bouncing back from Katrina's effects in terms of their well-being and overall life satisfaction. By "flexibility," Metzl means a person's spontaneity, openness to change, and ability to multitask; by "originality," she refers to "thinking outside the box," finding novel solutions to problems-even making art.

Metzl suggests that flexibility and originality may be especially prevalent among the African-American community in New Orleans because those qualities are grounded in that community's cultural traditions and values, which nurture creative thinking as a meaningful way to navigate the world. Through her interviews, Metzl found that although more affluent people still valued creative thinking, their scores on measures of their original and flexible thinking did not correlate with their level of resilience; those skills were only linked to resilience among people of lower income. Metzl suggests in her article that this may be the case because "originality and flexibility stand out when other resources and privileges are not as prevalent." In other words, for people who can draw on their wealth to fix a problem, there is no need to draw on their creativity.

But for people who do not have the support or resources to overcome serious loss, or displacement Metzl argues that creative thinking can make a big difference. "For those who have no resources to buy a cabinet," she writes, "it helps to be able to think originally where one could be found, how to build one, or how to live without it for a while."

So does this research suggest that some people-the original and flexible thinkers among us-are much better equipped than others to bounce back psychologically from a trauma like Katrina?

"As an art therapist and an artist, I personally believe that every human being has within him or her the ability to be more flexible, original, and express oneself creatively if and when given the chance," Metzl wrote in an email to me.

"This is why if we know creative thinking and creative production might be important for survival and resilience, we can help provide survivors with settings and encouragement that support both creativity and resiliency."

My new middle names are flexible and original.  No, they really are Flexible Original.  And why not?  What an affirmation for the Division 10′ers.  I would choose those creative spirits to pull me out of any mire, any time.  Thanks for the post!
——-