Like me, you may wake up every day to the morning news and feel a twinge of angst and despair. It can sometimes seem as if the world is going to hell.

But if you read Steven Pinker’s new book, Enlightenment Now, you may come to a completely different conclusion about the state of our world. Pinker, a Harvard psychologist, has poured over large data sets from surveys around the world and noticed a somewhat counterintuitive pattern: Stuff has actually been improving—from crime and wars to health and education—if you consider trends over the last several hundred years. 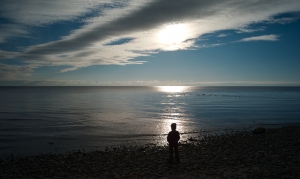 Hard to believe? If you think things are worse than ever, you’re probably influenced by psychological biases—like the confirmation bias or the negativity bias—and not fact. Reading near-daily reports of crime, war, and illness can fill our minds with fear and dread, making us feel vulnerable, which in turn encourages a dim view of humanity.

In other words, we see what we want to see and focus too much on what’s wrong, blinding us to what’s right. This is what Pinker describes in his book—how our psychological blind spots get in the way of seeing progress and understanding it. Instead, he proposes that we use hard, cold data to see what’s working and why, and then apply that information to improving society.

What would we see if we looked beyond bias?

We would realize that crime—and violent crime, in particular—has gone down worldwide, as a whole. Deaths from automobile driving in the United States have also decreased substantially in the last several decades, which Pinker credits to better safety equipment (like seatbelts) and legislation (like raising the drinking age to 21).
And, even though incarceration rates are high in the United States, fewer people are incarcerated worldwide than ever before.

We would also see that our quality of life has improved greatly over the last few hundred years—not only in the developed world, but around the world. We live longer, see fewer maternal deaths, have better health, and experience less extreme poverty. In the developed world, we are also more educated, earn more money, and have more leisure time than ever—which, Pinker writes, should increase our happiness as long as “we have a shred of cosmic gratitude.”

“An American in 2015, compared with his or her counterpart half a century earlier, will live nine years longer, have had three more years of education, earn an additional $33,000 a year per family member…and have an additional eight hours a week of leisure,” he writes. Yet people don’t acknowledge these advances and merely “bitch, moan, whine, carp, and kvetch as much as ever.”

Echoing an argument from his earlier book, The Better Angels of our Nature, Pinker also claims that there are fewer wars being fought in the world, that fewer world powers are involved in fighting each other, and that death rates from all wars have gone down. Things are improving, in part because moving toward democracy and increasing trade helps empower people to oppose despotic leaders and to feel less animosity toward those who are different.

The problem with the good news, he argues, is that it’s not uniformly good. There are still pockets of crime worth our attention, and we could reduce incarceration rates further. Less wealthy, developing countries have higher rates of automobile deaths, suggesting that it’s far safer to live in a wealthier country. Peace doesn’t prevail in the world, and some countries are being torn apart by war, resulting in untold suffering.

As a result, the good news passes under our radar—drowned out by our tendency to pay more attention to negative than positive. Coupled with the never-ending stream of media promoting bad news stories, we have trouble seeing progress, which Pinker insists is happening.

“I can present this optimistic vision without blushing because it is not a naïve reverie or sunny aspiration,” he writes. “It’s the view of the future that is most grounded in historical reality, the one with the cold, hard facts on its side.”

The roots of progress

If you believe his analyses, the question of why still remains. What are we doing right? If we could figure that out and bottle it, perhaps we could do even better, eliminating the ills of humanity altogether.

Pinker has his own theory: He argues that what has fueled these positive trends are four main values or principles, which he links to the Enlightenment movement of late 18th-century Europe: reason, science, humanism, and progress. By eschewing supernatural beliefs in favor of reason and science, and valuing all of human life equally, rather than caring only about our next of kin or tribe, we have and will continue to make progress in terms of economic opportunity, human rights, personal well-being, and many other factors that benefit humankind.

His message is lofty and often convincing. After all, when you look at what scientific discoveries have meant to humankind, there can be no doubt that vaccinations have increased longevity, studying safety has improved worker conditions, and understanding evolution has helped people value the natural world more and work to protect it. In addition, humanism has helped us move away from feudalism and ethnic strife, resulting in more widespread public education, greater personal freedom, and more human rights.

But, Pinker writes, these values are under siege and need a strong defense. Too many people are trying to discredit science and humanism, and revert to nationalism or tribalism—a step backwards for humanity. And too few are optimistic about what can be accomplished if we put our brains to good use for solving world problems, which leads to inaction.

“Our vigilance for bad things around us opens up a market for professional curmudgeons who call attention to bad things we may have missed,” he writes. “Of course, since nothing is a panacea and everything has side effects (you can’t do just one thing), these common tropes are little more than a refusal to entertain the possibility that anything can ever be improved.”

In reading Enlightenment Now, I often found myself nodding in agreement with Pinker’s arguments. Certainly, I believe that we should remain optimistic and try to understand our world as best we can in order to aim for the common good. 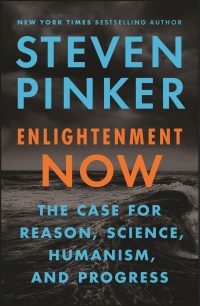 But I was also scratching my head in places. For example, Pinker argues that wealth inequality poses no particular problems for people, as living alongside the super wealthy gives us hope for a better life ourselves. This finding flies directly in the face of research showing that countries with the greatest wealth inequality are the least happy, and other research showing that countries that experience economic growth don’t become happier when income inequality also increases. Not to mention research suggesting that (above a certain income) wealthier people aren’t happier, especially if they value money for its own sake.

I was also troubled by his chapter on climate change. Pinker seems relatively unconcerned with the ills of overpopulation or fossil fuel energy-dependence, arguing that many countries need more energy, not less, to develop. He claims that innovation and carbon taxes will solve our climate problems, and suggests nuclear energy may be the best solution for our needs—rather than renewable energy sources or conservation. Living in a coastal state where earthquakes are common and nuclear power plants were foolishly built on active fault lines—and remembering the Fukushima disaster—makes me doubt that proposal.

In another instance, Pinker claims that African Americans are no more targeted by police than other racial groups. But he cites data reflecting post-arrest rates of injury, rather than taking into account the fact that blacks are stopped more frequently than whites—as the study he cites actually mentions. And he leaves out more recent data suggesting that blacks are killed in proportionally higher numbers, which is misleading, to say the least.

More problematic for me was Pinker’s embracing Western Enlightenment values without acknowledging important contributions from non-Western sources. For example, interconnection with all of life and collectivism—looking out for the whole of society—are deeply held Eastern values, which predate the Enlightenment by a couple thousand years. And the indigenous people’s contributions around restorative justice practices—an alternative to incarceration, based on valuing common humanity and understanding redemption—also seem relevant to today’s problems. These are just a few examples he left out; I’m sure there are others.

Lastly, as a Greater Good reporter, I was disappointed that Pinker downplayed a central ingredient of humanity’s progress: our growing understanding of positive emotion’s role in promoting virtuous behavior. Research suggests that if we can learn to be more empathic and compassionate, we can embrace ideas of common humanity more easily; if we can recognize that happiness is not dependent on income, but more dependent on our social connections, we can make economic policy choices that preserve our relationships rather than strain them; and if we can soothe our stress and anger, we can be more open to hearing multiple sides of an argument and arrive at better solutions for all. Pinker attempts to convince people with a barrage of facts, but there are other ways to promote positive changes.

Though I often enjoyed his erudite and occasionally funny prose, his tone could be perceived as condescending, scolding, and defensive. In places, he puts down his detractors by suggesting that saving lives is boring to them or that they prefer to believe in magical thinking, rather than hard data. I wish he had tapped into his own deep well of empathy and inclusiveness when writing Enlightenment Now, and toned down the antagonistic rhetoric. Perhaps it would have made his book more accessible and convinced more readers of the merits of his thesis.