Every major cultural shift ushers in new fears, especially about the impact on the next generation. Even Socrates fretted that the invention of writing would undermine our ability to remember anything for ourselves. 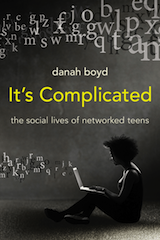 In 2014, fears about the online immersion of our children have reached a fever pitch. Parents worry that teens are spending too much time online, that their interpersonal skills are suffering, and that they’re vulnerable to online predation and cyberbullying. In fact, most parents seem to feel that social media is destructive to young people’s development. But is it? What does the science say?

Two new books address these questions and come up with interesting, if sometimes conflicting, findings: The App Generation: How Todays Youth Navigate Identity, Intimacy, and Imagination in a Digital World, by Howard Gardner and Katie Davis, and It’s Complicated: The Social Lives of Networked Teens, by danah boyd. Of the two, boyd’s book stays closer to the lives of teens—and as a result, it may be more useful to parents.

How teens grow up online

Gardner, an education professor at Harvard (renowned for developing the theory of multiple intelligences), and Davis, assistant professor at the Information Institute of the University of Washington, ask how teens’ Internet use—particularly the packaged “apps”—affect their identity, relationships, and creativity. Does the online world facilitate healthy development or render kids more superficial? 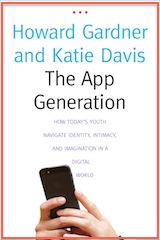 On the one hand, they write, the Internet can open up a world of possibilities for young people to find niches that support their unique personalities and interests. On the other, it can encourage them to adopt pre-packaged identities, avoid risk, and foster a constant concern about their impressions, all of which adds up to an “impoverished sense of self.” Nurturing an “internal locus of control”—the belief that you can affect life outcomes through your own actions—helps, they argue, making teens less vulnerable to superficiality and media pressures.

For boyd, a Principal Researcher at Microsoft Research and a Fellow at Harvard’s Berkman Center for Internet and Society, the picture is more complicated. Teens are doing online what they’ve done offline for generations, she says: looking for places to hang out, relax, escape, have fun, and learn about themselves in the world. And while the tools of technology have made the rules of social engagement more complex, the fundamental psychological makeup of teens has not changed. In other words, the kids are all right.

Still, there are risks in conducting relationships through technology—as well as new skills to be learned.  The biggest challenge with social media, according to boyd, is that kids have to learn how context, audience, and identity intersect. Online, she says, contexts collapse; audiences that offline would have been tracked differently crash into one another.

For example, a teen posts a photo from a rowdy weekend, forgetting that her soccer team, an excluded friend, and the college admissions counselor have access to the same content. Or the teen herself might see content online that was clearly meant for someone else—and now she has to decide whether to speak up or to remain quiet. Managing the social norms in different contexts is complex, and trouble can brew when teens’ management skills fail them.

When it comes to the impact of the Internet on teens’ relationships, Gardner and Davis claim that the Internet, social media, and various apps interfere with the development of meaningful connections. The mediated communication creates too many shortcuts in relationships, and teens become risk-averse, narcissistic, and ultimately socially disconnected, they argue.

But the authors’ own connections to real teens seem removed to me. To gather data for their book, they “overheard” and “eavesdropped” on teens’ conversations, spoke with adults (teachers, psychologists, and clergy) about teens, and drew inferences from studies that didn’t necessarily examine online use. The teens they did talk to were from a small sample in the New England area and an even smaller group, idiosyncratically, from Bermuda. 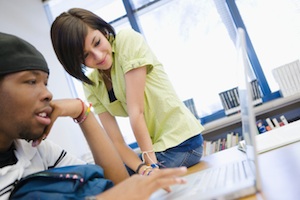 In contrast, boyd travelled around the country for a decade, immersing herself in teens’ diverse worlds, talking to them in their bedrooms, visiting neighborhoods in South Central LA, and going to homecoming games in Nashville.

As a result, boyd’s detailed descriptions are close-up and seem more authentic, and her view of teen relationships is more optimistic. Most teens go online precisely to connect to their community, she writes, using social media to augment their relationships. Uploading photos, tagging friends, and commenting on others’ photos all “extend the pleasure” of the offline connections.

And teens are desperate to connect. What choices do they have, boyd challenges, when adults increasingly restrict teens’ mobility, deny them access to public gathering spaces, put more physical distance between teens and their friends, and overschedule them, squeezing out their free time? The “networked public” is the perfect solution for teens who want and need social contact but whose ability to do so is increasingly limited by adults.

What about privacy? According to boyd, teens want to be part of public life but not be completely public, and they are very clever about managing that. They restrict visibility, switch to text or chat, encode cues in a way that is understood to only some, and subtweet—a way to talk behind someone’s back without exactly saying their name. This is not so different from passing notes in class or dropping a note in a locker.

As for the Internet’s effect on youth’s intellectual lives, Gardner and Davis conclude that it has enhanced creativity in the graphic arts and music but that literary skills have become more stilted and conventional and less creative.

Here, Gardner and Davis might have a valid point. Their conclusion is consistent with reports that college freshmen who did more online multitasking wrote in shorter sentences, created more disconnected paragraphs, and expressed less complex ideas.

In the same vein, boyd finds teens surprisingly intellectually uncurious. Kids flock to Google but are ignorant of the algorithms that bias their searches. They are more digital naives than natives and need to learn critical skills of Internet consumption.

Not surprisingly, adults don’t come off well in boyd’s book—but that doesn’t mean she isn’t right.

Not enough people call out adults for creating contexts that are in conflict with kids’ actual developmental needs. Individual parents get anxious, boyd says, when kids choose activities (sending photos, socializing) that adults don’t prioritize. They pathologize teens’ Internet use as an addiction rather than get curious about what’s really going on. When parents are afraid of other kids’ bad influences, they restrict their children’s access, isolating them further and creating more stress by interfering with their need to connect.

Unfortunately, neither boyd nor Gardner/Davis acknowledge the developmental contexts of youth—the changes in the brain that bias teens toward social sensitivity and emotionality, the dysregulation that happens in the presence of peers, or the subtle balance of connection and separation that teens manage in the process of individuation. Parents continue to have the most influential role in teens’ lives, even though it may not always feel like it. And Gardner and Davis’ book, delivered in inaccessibly academic language, seems to gloss over and simplify teens’ lives.

It’s Complicated, though, is a compelling must-read for anyone interested in the future of youth culture and the digital world. Gardner and Davis are more like Socrates—handwringing in the face of the oncoming train—while boyd wants us to get real about the important ways technology and youth development are interacting.

Reading It’s Complicated is a little like finding out how your teens behave when they’re out of your sight. It’s reassuring, and, though not a how-to-parent book, the careful reader will infer where parents can still help minimize teens’ risks in the networked public. And the coolest thing—the book is available for free.