“Love all, but trust a few,” wrote Shakespeare. But how do we decide whether to trust someone after they’ve violated our trust?

According to a recent study, our ability to restore trust in someone depends not on that person’s qualities but on our personal beliefs about whether moral character can change over time. 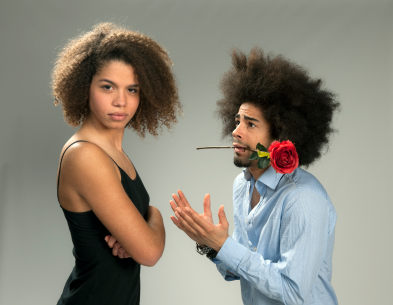 To test how these beliefs actually affect people’s actions, the researchers then gave participants six dollars, which they could share with a partner. Whatever they shared was then tripled, and the partner could either keep all the money for themselves or give half of the tripled amount ($9) back to the participant.

The experiment unfolded over seven rounds, in three stages. In the first three rounds, the partners (who were actually working with the researchers) returned no money to the participants, eroding their trust.

Before the fourth round, the partners sent an apologetic message to the participants (“Hey, sorry I gave you a bad deal. I can change and return $9 from here on out.”), and in rounds four through six, they tried to rebuild trust by making good on their promise to split the money evenly.

After those six rounds were completed, the researchers wanted to know: How much would the participants trust their partner in the final, seventh round?

Based on their results, the authors infer that participants who absorbed the incremental view of human behavior trusted their partners more because they thought those partners were capable of acting more honestly in the future, regardless of what they’d done in the past.

The authors note that relatively few studies have explored why some people are very slow to forgive and others re-establish trust quickly. They conclude that, ultimately, if you’re trying to rebuild trust with someone, his or her mindset and general beliefs about moral character may be just as important as the actions you take to regain their trust.

So if that person is open to the idea that people can change, they write, he or she may be especially receptive to a promise that you’ll act differently in the future.

What’s more, this study suggests that it’s even possible to influence people’s thinking about human nature, making them more or less open to the idea that you won’t betray their trust again. In that sense, an apology can be more effective if it includes a message about how readily people can change.