Parents and professionals focus a lot on children’s behavior. Is the behavior appropriate? Is the child well-behaved? How do we manage children’s behavior? But pediatrician Claudia Gold suggests that paying attention to behavior alone can lead us to misunderstand and misdiagnose our kids.

Gold is a writer and parent-infant mental health specialist. In her latest book, The Developmental Science of Early Childhood: Clinical Applications of Infant Mental Health Concepts from Infancy Through Adolescence, she describes how larger forces in the family and in the child’s biology can affect behavior and how to understand a child’s deep story. We need to move beyond behavior and pay attention to the meaning behind it, she argues, because it actually communicates something deeper and more fundamentally important.

Though this book is more for professionals, she wrote two earlier books that help parents work through common childhood problems like temper tantrums and defiance, and more misunderstood issues like sensory processing disorders and ADHD. I spoke with her about some of her key ideas about nurturing mental health in children.

Diana Divecha: What is a developmental-relational approach to children’s well-being? 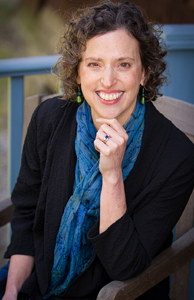 Claudia Gold: In a developmental-relational approach, you begin to see the person in front of you—no matter what age they are—in the context of their present and past relationships. Our issues don’t just arise out of nowhere, they come with a story, and learning the story of a person’s development—both the science and the individual’s unique experiences—is critical to helping people. It shifts the focus from treating the individual to treating the person in his or her context. And it shifts the focus from a person’s behavior to looking at the meaning underlying the behavior.

I used to be a practicing pediatrician on the front lines of care with families. I’ve always been interested in promoting healthy development in children, but in the early 2000s, I noticed the standard of care shifting to medicating youth. I, too, felt pressure to diagnose and medicate, but I knew it just wasn’t always right when it came to children’s mental health. Instead, I began to learn how, when we support families from birth, and use the science of development, we have so many more opportunities for prevention.

DD: You say in your book The Developmental Science of Early Childhood that “the relationship is the patient, not the child.” What does that mean?

CD: Sure. Let’s take a preschooler who is aggressive, and the teacher tells the parent that the child has ADHD. By asking questions and listening carefully, I often find out in these cases that the child was a very active baby, or intense, or “fussy.” It’s also common that the parent of this kind of child can become anxious or depressed, thereby setting into motion what psychologist Ed Tronick calls the “dance of dysregulation.” That is, the child easily sets off the parent, the parent easily gets angry, and you throw sleep deprivation into the mix, which is usually part of the story for both the parent and the child, and a cycle of dysregulation gets going.

Even if the dysregulation originated in the biology of the child, it affects the relationships, it affects everyone’s sleep, it affects parents’ sense of self-efficacy, and these in turn affect the child. So it’s only when you work on the relationships in the family—between the child and parent, between both parents, and between siblings—that you begin to understand what’s truly going on for that particular child.

DD: So, if you just prescribed medication for ADHD, you would miss all the tendrils that reach out into other areas of a whole family’s life.

CG: Exactly. In my book The Silenced Child, I talk about how the long-term outcomes for ADHD are not good, and there’s often comorbidity of substance abuse, depression, suicide, all sorts of things. But we never really take the time to understand the problem in the first place. We just don’t see the other things that are happening in the child’s life.

Another example is domestic violence. Many times in my practice, a kid is brought in as the patient and the focus of the discussion is on the kids’ symptoms and medications. Later, there’s a blowup in the family, something really bad happens, the marriage falls apart, and only then do we find out that the child was living in an incredibly high-stress environment for years. We miss a lot when we don’t take time to hear the full story.

DD: How do we shift that mindset in adults from focusing on behavior to focusing on the meaning behind it? 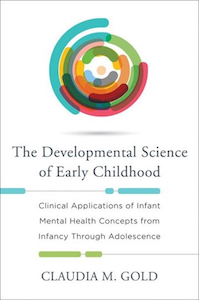 CG: It helps to talk about some examples. Take a typical situation where a child in school has trouble with the person standing next to him in line and he pushes him. Now, you could punish the infraction. But if you look more deeply, you might find that the child has sensory hypersensitivity and standing close to other people is challenging and physically uncomfortable. If you are mindful of the fact that a child’s pushing another child may be the result of sensory issues, you can preventatively manage that, anticipate that.

Or maybe that child has experienced trauma or high levels of stress. We now know that high levels of stress early in development change the developing brain, and these children are likely to have a very heightened stress response—they can quickly go from being completely fine to being completely out of control. Punishment, then, will just escalate the problem to a great magnitude, immediately. Not that kids can get away with hitting each other, but when adults understand different kinds of explanations for a child’s behavior, then there are many more ways to intervene, to help a child feel calm in the body.

I had one child who experienced traumatic neglect as a baby, and who was later adopted. When that child got upset, the teacher could just drum alternating rhythmic movements with her hands on her knees to help calm him down and connect with him. Drumming might sound ridiculous, but on the other hand what we’re doing now with such kids is definitely not working.

It’s hard for an individual teacher to make these shifts by him- or herself. It’s really a systems issue, and teachers need to be supported and empowered. The whole school should have a developmentally informed approach to education. I believe if we can get that kind of systemic change, we’ll start to decrease this epidemic of psychiatric disorders in kids.

DD: You emphasize the importance of cultivating the child’s “true self.” That seems hard to do, given that adults project a lot onto children, or have conventional wisdom about children, or even carry along ideas from their own upbringing. How can parents and professionals clearly see a child’s true self?

CG: It’s important for adults to have the space and time to be curious about what a child is communicating. And it needs to start early. For example, in my small, rural Massachusetts town, we’re teaching all the maternity nurses the Newborn Behavioral Observation System that was developed from the work of pediatrician T. Berry Brazelton. This is a list of 18 items that helps parents and clinicians read the earliest signs of a baby’s unique, individual preferences and vulnerabilities and identify areas that might need more support. For example, how do they respond to light and sound, how do they move, what is their stress response like, how alert are they, and how easily are they soothed?

It’s a way to let the parent see the baby as an individual from the very beginning, and it helps clear away ideas like “my baby cries because she hates me” or “she’s manipulative,” when actually the baby might be super sensitive or prefer a certain position. But in order to do this, parents themselves need to feel valued and taken care of. They are much more available to listen to their child, really hear what the child is saying, when they themselves feel okay. When they’re stressed, it’s easier to lash out, or assume the worst.

DD: You make a point of taking the pressure off of parents to be perfect. Why is perfection the wrong goal?

CG: A famous British pediatrician and psychoanalyst named D.W. Winnicott talked about the “good-enough mother” (he writes mainly about mothers as they were usually the primary caregivers in his practice ). The mother (or caregiver) who is perfect, he said, can actually get in the way of the child’s development. What’s important, he said, is that the parent meet the child’s needs to the degree that the child can tolerate disruption.

Studies show that parents in good relationships have mismatches, disruptions, and “misattunements” in their rhythms with their children about 70 percent of the time! What is important is not that the disruptions happen, but that they get repaired, afterwards. It is this ebb and flow of mismatch and repair that teaches children about human relationships. Babies, young children, and older children need experiences of surviving bumps and disruptions to build a sense of self and self-efficacy. It’s this process that actually builds resilience.

Later, when they get to college and get a C on their test, or they get turned down for a job, they have an internal reservoir to get past it, and that’s important because disruptions get bigger as you get older. But the learning of that resilience starts in infancy. There are many stories in my book The Silenced Child about how to go through tough times with a child and come out the other side.

DD: What do you mean by the phrase “Regulate, Relate, and Reason”?

CG: That comes from the work of child psychiatrist Bruce Perry. I often tell groups I’m teaching that if you remember only one thing, remember that phrase. No matter what age we are, when we are stressed, the thinking parts of our brain are just not accessible. So we have to regulate the strong feelings first, and only then can a person connect with another person, and then that takes them to the next level of being able to think and reason about feelings. It’s bringing thinking to feeling, and feeling to thinking.

DD: What’s your advice to parents about handling sibling conflicts?

CG: I would apply exactly the same framework as I have all along, which is to focus on the meaning of the behavior. I treated a family where the older child always had to be first, and this was massively disruptive to their lives. They couldn’t get out the door because he had to have more milk at breakfast, he had to have his shoes on first, and more.

But underneath this was a very significant story of loss. The mother’s older brother had died when she was a child and the family had never mourned this loss, choosing instead to just “move forward.” For this mother, her older child came to represent that unmourned loss. She became paralyzed in the face of her own children’s typical sibling conflict. You’ve just got to hear the story, that’s the bottom line, and then you’ll know what to do.

DD: Last question: How can we teach our politicians about developmental science and the importance of enacting policies that support children?

CG: I have a fantasy of going to Congress and showing films of newborns interacting with their parents. Here’s one of me doing the Newborn Behavioral Observation:

We need to communicate on an emotional level, then people understand how connected babies really are, and what they need. And storytelling. That’s what really gets across.