Robert W. Levenson, a professor of psychology at the University of California, Berkeley, studies how couples interact, looking for clues to marital stability and satisfaction. In his latest research, Levenson has found that the ways people argue in a marriage can have long-term consequences for health. He talks below about his findings, and what they mean to the health and happiness of couples.

Peter Jaret: All couples squabble. What differences have you observed in the way people argue? 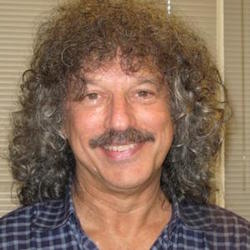 Robert W. Levenson: Couples differ in terms of the things they get stuck on, the areas of disagreement, and the emotional quality of their conversations. In our latest research, we looked at two different ways people deal with conflict in a marriage. At one extreme are people who express a lot of anger. Some of our angriest couples would express four discrete moments of anger every minute in their discussions. That’s a lot of anger. At the other extreme are people who suppress their anger and other negative emotions, or stonewall. Rather than express their feelings, they hold them in.

PJ: How do those choices affect health?

RWL: We’ve known for a long time that marital distress in general is associated with health problems. In our latest findings, we were able to focus in on specific emotions and their connections to specific health outcomes. Over the 20 years we followed our couples, people who expressed a lot of anger were significantly more likely to develop heart problems. Some of them were well on their way to serious heart disease. In contrast, people who held back their emotions were at significantly higher risk of suffering from back and muscle problems. Those findings remained even when we controlled for age, education, exercise, smoking, alcohol consumption, and other behaviors that influence health.

Robert W. Levenson: Anger, we know, activates the cardiovascular system. The body is designed to do that. It’s a healthy response, enabling us to get revved up to do something about whatever has made us angry. But if we overdo it and the reaction becomes chronic, it starts to damage the cardiovascular system itself. Findings from many studies show how high levels of cardiac response can damage the insides of arteries, making them vulnerable to plaque buildup. We assume that’s one of the things going on in the arteries of our angry couples over the years.

On the other hand, holding back your emotions is like stopping a runaway train. You’re holding back a powerful biological impulse to express the way you’re feeling. We do that by tensing up our muscles. We think that, over many years, this kind of chronic tension leads to back and muscle problems.

PJ: Are there healthy ways to argue that don’t make people sick?

RWL: It’s an important question. Disagreements are an inevitable part of all intimate relationships. Couples have to come up with ways of dealing with disagreement so they can make progress on the underlying issues and, hopefully, create an emotional climate that allows them to work together rather than at odds. It isn’t always easy.

We think that moderation is a good strategy—expressing feelings but in a measured, moderate way. And we think that expressing a wide range of emotions is a healthy way to confront conflict in a relationship. It’s helpful, when you’re dealing with conflict, to include both negative and positive emotions. In our research, we’ve shown that what we call “emotion regulation,” being able to cool down after powerful negative emotions, is a strong predictor of marital satisfaction.

We’ve also found that these patterns of expressing and regulating emotion get set early in the relationship. Certainly after a decade of marriage, the patterns are well-established. For young couples, I’d say, it’s especially important to practice moderation when dealing with the inevitable disagreements that arise in a marriage.

PJ: Can long-term couples change the way they argue?

RWL: It wasn’t part of our study. But when people go into couples therapy, it’s often to work on the emotional quality of their relationship. And it’s almost always difficult. It’s hard enough to change ourselves. To change the way we interact with another person, a spouse, can be even more difficult, especially if the patterns are set. But let’s say you do change the emotional quality of your marriage—you replace anger or stonewalling with a more moderate approach. Will you avoid some of the negative health consequences we observed? Again, our research doesn’t look at that question. But I’d like to think it would help. It’s certainly well worth trying.

This article was originally published on Berkeley Wellness. Read the original article.