Al Gore and An Inconvenient Truth can only do so much to save the environment, so here’s another tool that may help: empathy.

A recent study published in Environment and Behavior proposes that people will become more concerned about the environment if they try to take the perspective of animals or plants and imagine how those objects are affected by human activity. To test this hypothesis, Spanish psychologist Jaime Berenguer presented study participants with an image of a bird or tree harmed by human impact. After viewing the image, the participant was then either prompted to “feel the full impact of what the bird or tree has been through” or “remain objective and detached.” 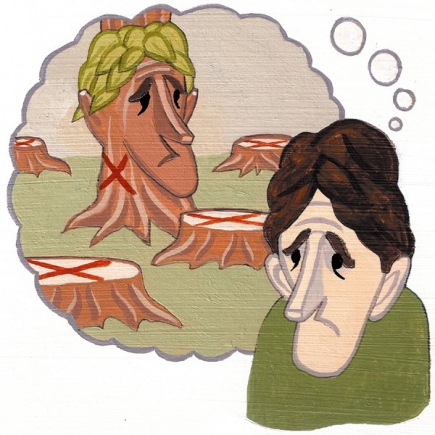 While previous studies have shown that inducing empathy for people with AIDS, the homeless, and racial and ethnic minorities can improve people’s behavior toward them, Berenguer’s study is the first to make such a direct connection between empathy and environmental action.

Berenguer says his results suggest the value of empathy in achieving a more environmentally sustainable society. But he cautions that more research is necessary before these findings can be integrated into environmental programs. “In this sense, we find ourselves more at a starting point than at a finishing line,” he says. “But it is a good starting point.”