Here at Greater Good, we tend to focus on the psychology, neuroscience, and (to a lesser degree) sociology of a meaningful life—that’s our bread and butter, which we highlight in our annual roundup of the year’s top scientific insights. 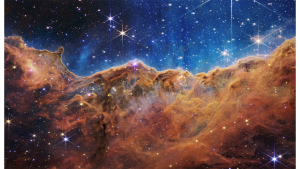 Here, we’d like to take a moment to recognize breakthroughs in other areas of science, like physics, astronomy, and biology. The historically quick creation of COVID-19 vaccines in 2020–2021 gave many people hope for the future, and we think it’s important to remember that across many fronts, systematic observation, measurement, and experimentation have expanded human possibilities to a degree that we sometimes forget to appreciate.

Amid what can feel like waves of bad news, these developments uplift and inspire us. Here are a few hopeful and awe-inspiring breakthroughs from 2022.

This year saw a boom in renewable energy around the globe. According to the International Energy Agency, reports Scientific American, “the growth in renewables alone likely avoided 600 million tons in additional CO2 emissions, or slightly less than the 646 million tons of CO2 produced by Germany last year.” It’s important to note that carbon emissions are still rising; they’re expected to hit 37.5 billion tons this year, a new record. They’re just rising much less slowly than they have been, as many renewable energy resources and energy-efficient technologies are starting to come online, which is making a difference.

Marine biologists have also made progress in protecting coral reefs, which are indirectly threatened by climate change. It’s tricky to pin specific weather events directly on climate change, but the evidence is strong that it’s making hurricanes more intense, and hurricanes can wear down coral reefs. In southern Belize, which has the second-largest reef system in the world, “guides, fishers, divers and snorkellers are trained to plant coral and monitor its development under a community-focused system,” reports Euronews. They’ve spent “over a decade planting hundreds of thousands of fragments of coral” and, as a result, coral coverage has increased ten-fold during that time. 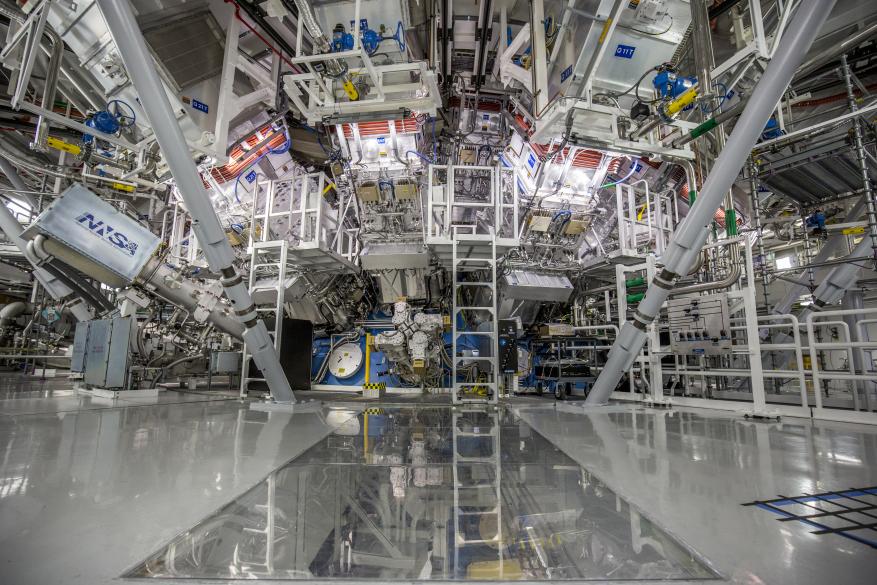 The target chamber of LLNL’s National Ignition Facility, where 192 laser beams delivered more than 2 million joules of ultraviolet energy to a tiny fuel pellet to create fusion ignition on Dec. 5, 2022.

Nuclear fusion involves smashing atoms together to generate enormous amounts of power. It doesn’t create radioactive waste in the same way nuclear fission does, nor will it hurt the land, water, and atmosphere the way fossil fuels do. But, while theoretically possible, fusion has long seemed technologically out of reach—until just this month. On December 5, a team at Lawrence Livermore National Laboratory put less power into fusion ignition than they got out of the reaction it catalyzed.

“This is a landmark achievement for the researchers and staff at the National Ignition Facility who have dedicated their careers to seeing fusion ignition become a reality, and this milestone will undoubtedly spark even more discovery,” said U.S. Secretary of Energy Jennifer M. Granholm.

NASA’s James Webb Space Telescope arrived in January at a gravitationally stable spot called the second Lagrange point in between the Earth and its moon. The first images arrived in July, of thousands of the most distant galaxies ever seen. Since then, the observatory has provided a steady stream of astronomical data and mind-blowing images, including the first detailed observation of an exoplanet.

The James Webb telescope wasn’t the only game in town. In May, astronomers used data from a network of radio telescopes around the world to generate an image of the supermassive black hole at the center of the Milky Way, Sagittarius A*. Though the image of a speck of blackness surrounded by a halo may not seem very impressive all by itself, we need to remember that we’re staring at an object of cosmic-scale age and power.

It’s all but certain that an asteroid slammed into the Earth 66 million years ago and wiped out the dinosaurs. The same thing could happen to humans, which is why space agencies around the world have been cooking up ways to deflect comets and asteroids before they hit our planet.

This year, NASA launched the Double-Asteroid Redirection Test (DART). They aimed a spacecraft at the asteroid Dimorphos—and succeeded in changing its trajectory.

“What we can learn from the DART mission is all part [of] NASA’s overarching work to understand asteroids and other small bodies in our Solar System,” said DART program scientist Tom Statler during the American Geophysical Union meeting on December 15. “Now we use the observations to study what these bodies are made of and how they were formed—as well as how to defend our planet should there ever be an asteroid headed our way.”

Exploring the diversity of life on Earth

Scientists discover thousands of new species of flora and fauna every year. While it’s easy to take that kind of activity for granted, we probably shouldn’t, especially given how depressingly common extinction has become during a time of climate change.

In and on the water, researchers discovered the world’s largest water lily in Bolivia; the rose-veiled fairy wrasse in the Maldives; and the blanket octopus near the Great Barrier Reef. On land, we’ve found 224 new plant and animal species in the Greater Mekong region that spans Cambodia, China, Laos, Myanmar, Thailand, and Vietnam. In the sky, zoologists identified the Wakatobi sunbird on a tiny Indonesian island and the Principe scops-owl in the Democratic Republic of São Tomé and Príncipe.

Meanwhile, scientists continue to make some incredible discoveries about how life operates. In a paper published in April by the Royal Society, Adam Adamatzky describes using tiny microelectrodes to trace electrical impulses traveling between mushrooms. In his paper, Adamatzky identified distinct “vocabularies of up to 50 words” that seem akin to human language.

“We do not know if there is a direct relationship between spiking patterns in fungi and human speech. Possibly not,” Adamatzky told the Guardian newspaper. “On the other hand, there are many similarities in information processing in living substrates of different classes, families, and species. I was just curious to compare.”

Just curious to compare. In this statement, you can hear the force behind thousands of years of scientific discoveries—and the promise of a future built on them.