Many people assume that self-compassion and compassion are related. After all, they both involve kindness—only the object of the kindness differs (ourselves versus another person). They both seem to involve mindful attention—being able to notice suffering—and the awareness that everyone else suffers, too.

Some people go so far as to say that you can’t truly be kind to others without first being kind to yourself. But is that necessarily true? 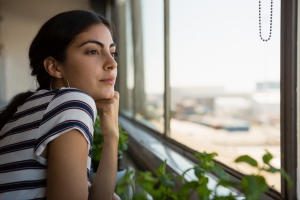 A newly published study suggests that compassion and self-compassion don’t always go hand in hand—and may have different purposes in our lives.

In this study, researchers surveyed over 300 Dutch people on their compassion (how aware of people in need and motivated to care for others they were) and self-compassion (how kind, mindful, and connected to others they felt in their suffering, rather than feeling overwhelmed, alone, and judgmental). Participants also reported how much they experienced positive and negative emotions and symptoms of depression. The researchers then analyzed the surveys to see whether people who reported being self-compassionate tended to be compassionate, too, and how that related to their emotional well-being.

The results were somewhat surprising.

On the other hand, more compassionate people did not report greater well-being—despite what past research has shown. Perhaps that’s because compassion toward others may involve coming into contact with their suffering and, in some cases, that is painful.

This interpretation is supported by the differences in compassion that López found when she compared people across demographics. Women rated themselves higher in compassion toward others than men, for example.

“It’s been suggested that gender roles encourage women to be nurturing and caring,” says López. “Our findings seem to be in line with this.”

López points to a 2011 brain imaging study that found different brain activation patterns in women and men when exposed to pictures that might elicit compassion. Together, these studies suggest that compassion may have a different evolutionary purpose than self-compassion.

“Compassion seems to have evolved as a desired trait for mate selection, and, as such, serves important social purposes,” she says. In other words, women and men tend to look for compassionate partners to raise their offspring with, as that gives their children a better chance at survival.

“In contrast, self-compassion may be more of an individual experience,” she adds.

López also found that those who had less education were generally more compassionate toward others and less self-compassionate than people with more education.

“[These] individuals often live in more threatening environments, so they often initiate cooperative relationships with social groups as a strategy to deal with external threats,” she says. Past research has indeed suggested that lower-income people are more cooperative and seem to look out for others more readily, too.

According to López, this research implies that different people may benefit more from practices fostering one or the other—although both are beneficial, she says. Even though it’s clear that compassion strengthens social bonds and helps society, self-compassion can also benefit society indirectly, by creating happier and healthier citizens.

“Both compassion and self-compassion have great value,” López says.