In April of 2000, on the spur of the moment, Casey Fenton bought a cheap airplane ticket to Reykjavik, Iceland, for a long weekend. At the time, Fenton was 22 years old and had no place to stay in Reykjavik.

Undeterred, Fenton searched the online student database at the University of Iceland, extracted names and email addresses of 1,500 students, and sent messages like “Hey Bjorn, I am coming to Iceland. Can I stay on your couch and hang out with you for the weekend?” Within 24 hours, he received 50 invitations saying, “Hang out with me.” Fenton had his pick of where and with whom he wanted to crash. 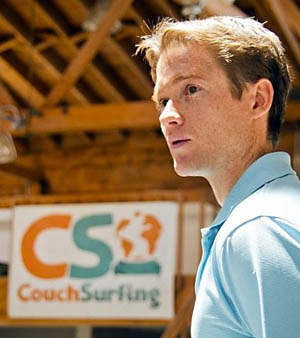 After that trip, Fenton decided he wanted to keep traveling this way. He started programming a website called CouchSurfing.org, which allowed would-be travelers (“surfers”) to find free or very cheap places to stay at their destinations. By February of 2010, there were more than 1.7 million CouchSurfers in more than 70,973 cities across 235 countries worldwide.

CouchSurfing is just one example of “collaborative consumption,” a rapid explosion in swapping, sharing, bartering, trading, and renting, facilitated by the latest online technologies and peer-to-peer marketplaces.

Collaborative consumption involves product sharing systems, like tool sharing, which enable people to use an item without needing to own it outright, as well as redistribution markets, like eBay, that move things from where they’re not needed to somewhere they are—either as a gift, in exchange for currency, or as a direct like-for-like swap. These business models represent a new way of exchanging goods and services, one that allows people to make better use of their resources and save money.

But collaborative consumption is more than just a cost-saving ploy. It’s also a way to build community among people who might not otherwise meet, connecting folks who share values like sustainability while helping to reduce social isolation. The movement is gaining steam at a time when a growing body of research is pointing to the immense benefits of social networks for our health and happiness. In fact, it seems that collaborative consumption doesn’t just require a certain level of trust among participants; studies suggest it may also foster trust and create ripple effects of cooperation across social networks.

The strength of weak ties

Peripheral relationships, like those created through CouchSurfing and other online collaborative exchanges, can powerfully bind us together, according to Mark Granovetter, a sociologist at Stanford University. He calls this force “the strength of weak ties,” meaning that links to people we don’t really know can bolster our opportunities and well-being.

Diana Mutz, a professor of political science and communications at the University of Pennsylvania who studies online markets, says that weak tie relationships expand our social networks, which has several positive benefits. Most practically, a larger social network gives people an advantage when looking for jobs, mates, or other hard-to-find items (“like a rototiller”), because your chance of finding these items increases with more social connections.

But perhaps more importantly, research suggests that people who have a more diverse social network—encompassing friends, family, work, and community ties—tend to be happier, healthier, and live longer.

Sheldon Cohen of Carnegie Mellon University has found that people with a variety of social relationships have less cognitive decline as they age and greater resistance to infectious disease. In a 1997 study in which he and his colleagues artificially infected subjects with a common cold virus, those people with more diverse social networks were less likely actually to get sick.

Julianne Holt-Lunstad and Timothy Smith of Brigham Young University have analyzed 148 previous studies and discovered that social relationships have as great an influence on our life expectancy as well-established risk factors like smoking or alcohol consumption.

And the benefits go well beyond personal health. CouchSurfing estimates that more than 111,000 close friendships have been created through its website, and approximately 18 percent of visits are reciprocated directly. When you talk to CouchSurfers, they regale you with stories of kindness and of meeting people they otherwise would have not met as a regular tourist. Mutz, who believes that Americans are hungry for social connection, thinks these interactions could have important effects on society at large.

“People who experience a wider radius of face-to-face contacts, encompassing members of other groups, find that they have greater tolerance for people who are different than them,” she says. “When this happens, people are better able to understand the rationale for other people’s viewpoints and are more willing to uphold the civil rights of others.”

In the web we trust

But not all forms of collaborative consumption share CouchSurfers’ face-to-face component, especially when they’re conducted through online transactions and networks. Do relationships online have similar positive effects? 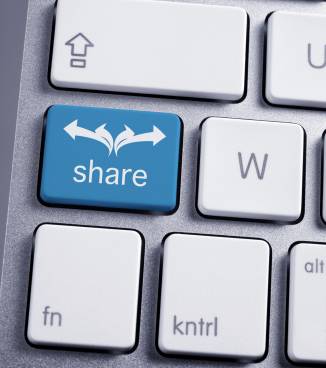 Mutz became interested in this question more than 10 years ago when she bought a car online from a stranger in Ohio. Colleagues had ribbed her for sending a check to someone she’d never met face to face. But later, as she watched her car roll out of a delivery truck into her driveway, she noticed feeling “a warm glow inside” that she traced to having her positive view of humanity confirmed.

Unbeknownst to the people in Mutz’ experiment, the exchange was fixed so that some of them received their reward gifts promptly and in good condition while others received broken or blank CDs with no contact information for replacing them. Mutz found that those who initially had low trust levels and experienced the positive online transaction became significantly more trusting of people in general. The group that was burned, on the other hand, became less trusting.

“This was an important finding,” says Mutz, “because it shows that positive online exchanges can directly build trust.” Luckily, she adds, research indicates that most online exchanges have positive outcomes, so they hold great potential for increasing generalized trust.

To that end, collaborative markets, such as eBay, craigslist, and Swap.com, offer ways for users to check the reputations of others. CouchSurfing, for example, requires participants to respond to open-ended questions before acting as a host or surfer; after the exchange, the host rates and provides a reference for the guest, and vice versa.

“It’s not a perfect translation from how we would create trust in real life,” Fenton explains, but “the trust features combine to give a holistic view on trust, which is probably how it works in real life, too.”

Even as sites like CouchSurfing have enabled millions of people to engage in collaborative consumption, their actual reach may be many times more than that, affecting people far removed from the original transaction.

That’s according to researchers James Fowler of the University of California, San Diego, and Nicholas Christakis of Harvard University, the authors of the book Connected: The Surprising Power of Our Social Networks.

Fowler and Christakis studied collaboration in social networks using a method called the “Public Goods Game,” where participants are given tokens and asked to anonymously contribute as many as they want to a shared pot; those tokens are then multiplied and distributed evenly among all participants. The game measures how much people are willing to collaborate (contributing some, none, or all of their tokens) in order to benefit the entire group. Fowler and Christakis wanted to see how collaboration influences future giving patterns as people move from one game to another.

“Each person in a network can influence dozens or even hundreds of people, some of whom he or she does not know and has not met,” they write. “When [people] copy the cooperative behavior of others with whom they interact, it causes them to deviate even more from rational self-interest.”

In collaborative markets, the same principles are at work. But to participate in collaborative lifestyles, you must first “reorient your personal compass a little bit,” as Bill McKibbon writes in his book Deep Economy.

What collaborative consumption offers, then, is a way of not only reducing strain on the environment but of using everyday interactions to build communication, connection, and trust between strangers who may eventually become friends.

Or, as another CouchSurfing co-founder, Dan Hoffer, puts it, “The more we network and the more we understand each other, the better chance we have of this world being a better place.”

I am very thankful to you for posting such stuff.This really help me lot.I really appreciate your work.Wow, that looks so good

Concerning Collaborative Consumption, private
carsharing is also a good example. It is becoming
more and more popular in Europe nowadays.
Examples of this include WhipCar in Great Britain on
http://www.whipcar.com/ and rent-n-roll in Germany
on http://www.rent-n-roll.de/ . Nevertheless,
promoting p2p car rental might be a whole lot easier
in countries where ownership of a certain good is not
as important as its use. In my view, that’s one of the
reasons the U.S. is the chief pioneer for Collaborative
Consumption.

Thanks for sharing these examples of European car-
sharing opportunities. I find it inspiring to see this
common-sense approach to sharing resources spread
to other parts of the world.

However, I wonder if one can really say that the U.S. is
the chief pioneer in this area. The book from which I
excerpted for the article - What’s Mine is Yours - was
written by Rachel Botsman, who is British-born and
lives and works in Australia. I’m afraid most Americans
are still pretty attached to their personal possessions
and would find it difficult to consider sharing them.