When I was 16 years old, I was a pretty outgoing teen with lots of friends and a busy social calendar. I took my academics seriously and was diligent about doing homework. But I also tended to worry a lot and could cry at the drop of a hat. 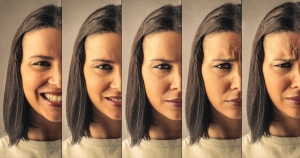 Now here I am more than 50 years later, and, in many ways, I seem much the same: extraverted and conscientious, but a bit neurotic. Does that mean that my personality hasn’t changed over the last half-century?

Not necessarily. Many of us tend to think of personality as being fixed and unchangeable—the part of you that is inherently who you are. But according to a recent study, while our early personalities may provide a baseline, they are surprisingly malleable as we age.

In this study, researchers had access to unusual survey data. American adolescents had filled out questionnaires about their personalities in the 1960s and then had done so again fifty years later, reporting on personal qualities associated with the “Big Five” personality traits:

Some of the findings were quite provocative. Most notably, people’s personality traits did not always stay the same over the five decades, with many people showing quite dramatic changes.

“Some of the changes we saw in personality traits over the 50 years were very, very large,” says the lead author of the study, Rodica Damian of the University of Houston. “For emotional stability, conscientiousness, and agreeableness, the changes were one[s] which would be clearly visible to others.”

On the other hand, that didn’t mean that people didn’t stay true to their personality traits over time at all. Coauthor Brent Roberts of the University of Illinois at Urbana-Champaign says that much of our personality does seem to stay the same—just not as much as we might expect. For example, an extraverted teenager like me would have a 63 percent chance of still identifying as an extravert in their 60s, he says.

Why does this matter? Thinking of personality as fixed could lead us to feel like we can never grow, or to dismiss people with certain qualities we don’t like, concerned that change isn’t possible when that’s not the case.

Still, we don’t simply change our personalities in random ways, explain the researchers. What seems to be more consistent over time is the relationship among all of our personality traits. This means that if someone tended to be really conscientious but a bit disagreeable or neurotic early on, they might keep that relative personality profile as they aged, even if some of their traits shifted a bit.

Additionally, the researchers found that adolescents as a group tended to move in a positive direction for particular traits—like emotional stability, conscientiousness, and agreeableness—after 50 years, suggesting a growth in social maturity.

“These attributes of social maturity are good things to acquire, if you want to get along with your spouse and coworkers and stay healthy,” Roberts says.

This finding fits well with some of Roberts’s prior research showing that people experience smaller, incremental personality changes over shorter periods of time. And it helps confirms his theory that personality change is cumulative over our lifespan, likely happens in response to our life experiences, and often leans in a positive, helpful direction.

So, apparently, our personalities are a mix of stable and unstable. Roberts advises parents and teachers to keep that in mind when they try to influence their children to be more responsible or mature. Change, when it happens, occurs gradually rather than all at once, he says, which means we need patience with kids who are growing into themselves.

“If you go into the enterprise of shaping your child’s personality, be humble in your approach…and much more forgiving,” he says.

Even the elderly, whom we might expect to be more rigid and set in their ways, can change. Therapists who work with older clients with neurotic tendencies or troubled relationships should not feel discouraged or give up, says Damian, given what research shows is possible.

Damian also argues that this research could inform people in long-term relationships. Rather than expecting someone to be the same person they were decades ago, partners would be better served by learning to value what remains constant in someone’s personality while simultaneously embracing personality shifts as they occur.

“If you married someone because they’re a fine person, they’re probably still going to be a fine person later on; so that’s reassuring,” she says. “But at the same time, it’s important to keep an eye on them to see how they’re changing, so you don’t get blindsided by the changes and grow apart.”

So, am I changing myself? I hope so—at least on some level. I like the idea of letting go of some of my neuroticism, while becoming more agreeable and conscientious as I enter my older years.

Who knows? Maybe I am the teen I used to be…only a bit more mature.