I’m an extrovert—or so I’ve been told. I’m generally more energized by being with other people than alone, and I like to bounce ideas off of my friends rather than ponder them on my own.

Extroversion (versus introversion) is one of the “Big Five” personality traits that psychologists have identified as key to one’s personality. Along with the other four traits—openness to new experiences, agreeableness or the concern for social harmony, conscientiousness or self-discipline, and neuroticism or emotional instability—our level of extroversion is considered somewhat “fixed” by the time we reach adulthood, only incrementally changing over time. 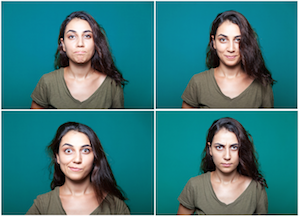 Scientists believe that personality traits not only determine what we are like, but may also impact our social relationships, work experiences, mental and physical health, and other aspects of our life.

But a recently published study suggests that our “personality” may be more changeable than we think.

Researchers at the University of Chicago analyzed over two hundred studies to see how different types of psychotherapy and pharmaceutical drug treatments impact personality traits for people with mental-health issues. Though clinical studies don’t usually aim to change them, personality traits are often measured anyway, making it possible to observe shifts.

Results from their analysis showed that within relatively short periods of time—as little as 2-16 weeks of therapy—personality traits did indeed shift, in positive and lasting ways. In particular, neuroticism went down and extroversion went up significantly, with conscientiousness and agreeableness rising incrementally, too. Openness was the only trait that didn’t seem to change much.

This result surprised lead author of the study and developmental psychologist Brent Roberts.

Further analyses suggested that these changes in personality were not temporary, but lasted long after the therapeutic treatments had finished—at least in those studies that did long-term follow-up analyses. In addition, the shifts in personality seemed to reflect actual changes in general traits, not just a temporary change in mood, such as the alleviation of depression or anxiety.

According to Roberts, these changes are significant because of the way that personality traits like conscientiousness and neuroticism are tied to our relationships, work, and health. If therapeutic interventions change personality, they could have far-reaching significance in other areas of life.

Perhaps surprisingly, the type of therapy used—cognitive-behavioral or supportive therapy, for example—did not seem to matter to the results. This suggests that no one therapy was more effective in shifting personality traits than another, and that patients may be changing in ways that their therapists don’t specifically target (and may not even realize).

“Not only are therapists making patients feel better—by reducing their depression, for example—they’re arming them with tools that may help them as they move forward,” says Roberts. “For the most part, that hasn’t really been in anyone’s imagination.”

Overall, these results imply that we might need to reconsider what we mean by personality. Though we may think of our personalities as the stable parts of who we are, it’s clear that that’s not necessarily true.

Roberts hopes that his findings will spark new research into how change happens during therapy. It could be that personality changes not because of specific therapeutic techniques, but because of something common to all therapy, like the positive attention and care that therapists give to patients.

Whatever the case, Roberts believes his results could throw a monkey wrench into personality research.