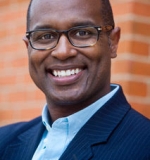 Ken Carter, Ph.D. is Charles Howard Candler Professor of Psychology at Oxford College of Emory University, where he teaches introductory courses in psychology as well as advanced courses in clinical psychopharmacology, research methods, and personality.

Before joining the Oxford College faculty in 1999, Carter served as a senior assistant research scientist in the Centers for Disease Control and Prevention’s prestigious Epidemic Intelligence Service, with a research focus on smoking as a risk marker for suicidal behaviors in adolescents.

Carter has published extensively in both academic and lay publications, actively engaging in the translation of research in psychology into everyday language. His articles have been published in magazines such as Mental Floss and Readers Digest, and he has appeared on news programs such as Connect With Kids and NBC’s Today show. He is the co-author of Learn Psychology (Jones and Bartlett), a textbook now in its second edition, and he is currently at work on a textbook on abnormal psychology for Cambridge University Press. He is the designer and instructor of a course on the psychology of thrill seeking now offered by Emory University and Coursera as a MOOC (massive online open course).

The psychology of thrill seeking is the current focus of Carter’s research. He has delivered a a TEDx talk on sensation seeking and is currently under contract for a book on the subject from Cambridge University Press. Canadian museum Science North will open an exhibit on sensation seeking in spring 2018 that was informed by Carter’s work.

A graduate of Oxford College and Emory University, Carter received an M.A. and Ph.D. in psychology from the University of Michigan. After completion of his doctoral work, he also earned an M.S. in psychopharmacology from Fairleigh Dickinson University and gained board certification as a clinical psychologist. 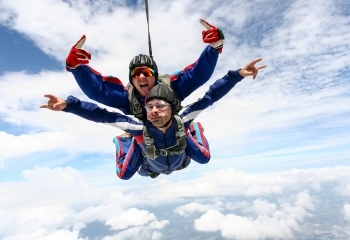 What We Can Learn from Sensation Seekers

Sensation seekers crave new and complex experiences, even when they're dangerous—but they can also teach us a few lessons about positive emotions.