In recent years, studies have suggested that having a sense of purpose helps you to live a longer and healthier life, even when looking across cultures and controlling for known predictors of longevity, like cigarette smoking. But these studies all had the same limitation: They focused on adults older than 60.

A recent study published in the journal Psychological Science explored whether the positive health effects of having a purpose in life also extend to younger adults. Researchers Patrick Hill and Nicholas Turiano examined the Midlife in the United States sample, a national study of health and well-being that started following over 7000 participants in 1994. The study periodically checked in with participants—who ranged in age from 20 to 75—to see how they were doing and feeling. 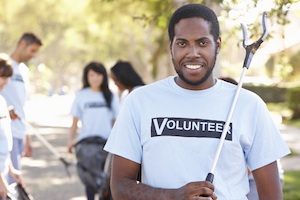 In order to measure purpose in life, Hill and Turiano looked at study participants’ responses to the Ryff Scales of Psychological Well-Being, which asks questions like, “Some people wander aimlessly through life, but I am not one of them.”

The researchers looked at their answers in relation to other factors, like having positive relations with others or how they generally feel—and then examined their mortality data from the National Death Index.

In fact, during the 14 years their study, 569 participants died, about nine percent of the sample—and, in analyzing the data, the researchers found that having a sense of purpose was a critical factor in determining who lived, for how long. The researchers concluded that greater purpose still predicted greater longevity in adulthood, all other things being equal.

Previously, there had been uncertainty whether purpose in life conferred longevity benefits after retirement, as old goals like raising a family or career advancement fell to the wayside. But Hill and Turiano found that the benefits of purpose are not conditional on retirement status.

But perhaps most importantly, they found that maintaining a strong purpose can be as important to young adults as it is to older people. “These findings suggest the importance of establishing a direction for life as early as possible,” they write. “Likewise, research has demonstrated that increasing goal commitment during college can have effects on well-being into middle adulthood.”

Though the results of their study is indeed promising, Hill and Turiano warned that more research is needed, as the pathways through which purpose in life influences mortality, and whether those pathways in early adulthood versus late adulthood are different, have not been elucidated.

“As a purpose would,” they write, “the current study should provide researchers with a direction in which to go rather than a final endpoint or conclusion.”